Calculating molar mass of an oxidant by iodometry

I am stuck on a question from the Australian Chemistry Olympiad involving molar mass, shown here: 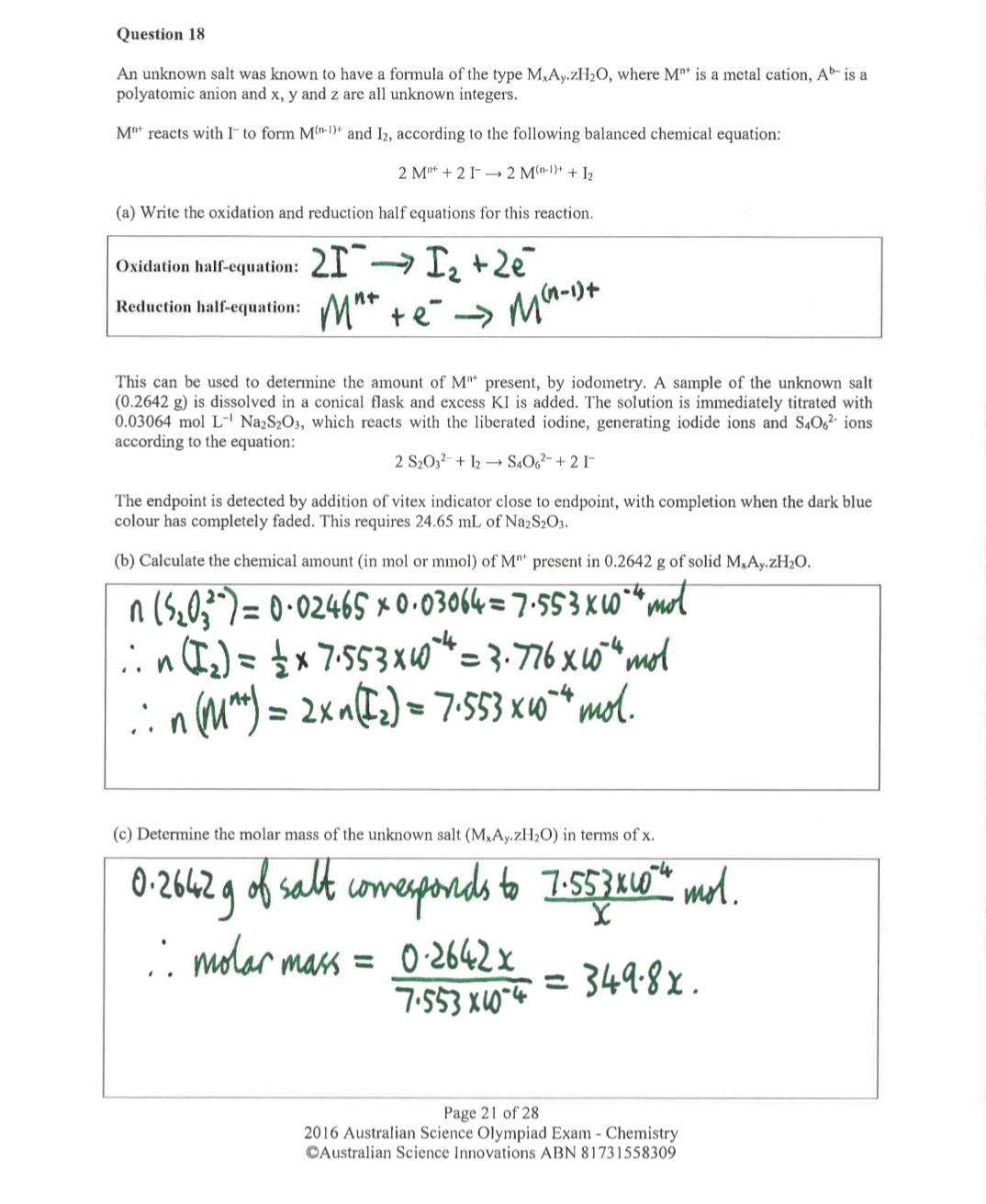 BTW, this whole paper is available online for free, and is distributed by its owners for free. Just search up: Australian Chemistry Olympiad Papers and look at the past papers.

Anyways, in this question, I am able to solve part a and part b, but part c is a little tricky. I understand how to solve for molar mass: it is simply the mass of the substance divided by the number of moles in the same amount of substance. However, in the solution they use the number of moles of the metal cation M, as well as the subscript variable x. Can someone please describe in detail what this means. If there are any more questions, feel free to comment below. Thanks in advance.

P.S. The answers are not my own, but those from the answer sheet.

The molar mass of a substance, as you said earlier, is:

1
Calculating mass of krypton from mole fraction
3
How to find the molar mass of an unknown metal carbonate through a gas evolution reaction?
0
Molar mass of a mixture of two solids
7
Relation between moles, molar mass and mass
1
Calculate molar mass of a compound from a given molecular mass
2
General Oxidant - Reductant Battery
2
What did Richter mean regarding an acid base reaction?
3
Dissolution of iron(III) hydroxide