Where do the electrons that are released in the sun go?

I've heard that electrons are released from the clutches of nuclei in the plasma state that is present in the sun. My question is: Where do these electrons go? Do they go to the product nuclei of the nuclear fusion reaction in sun (ie. He)? Or do they remain on the surface of sun?

Some of the electrons will react with positrons formed during the fusion processes; they annihilate each other and give off high-energy radiation (also called gamma rays): 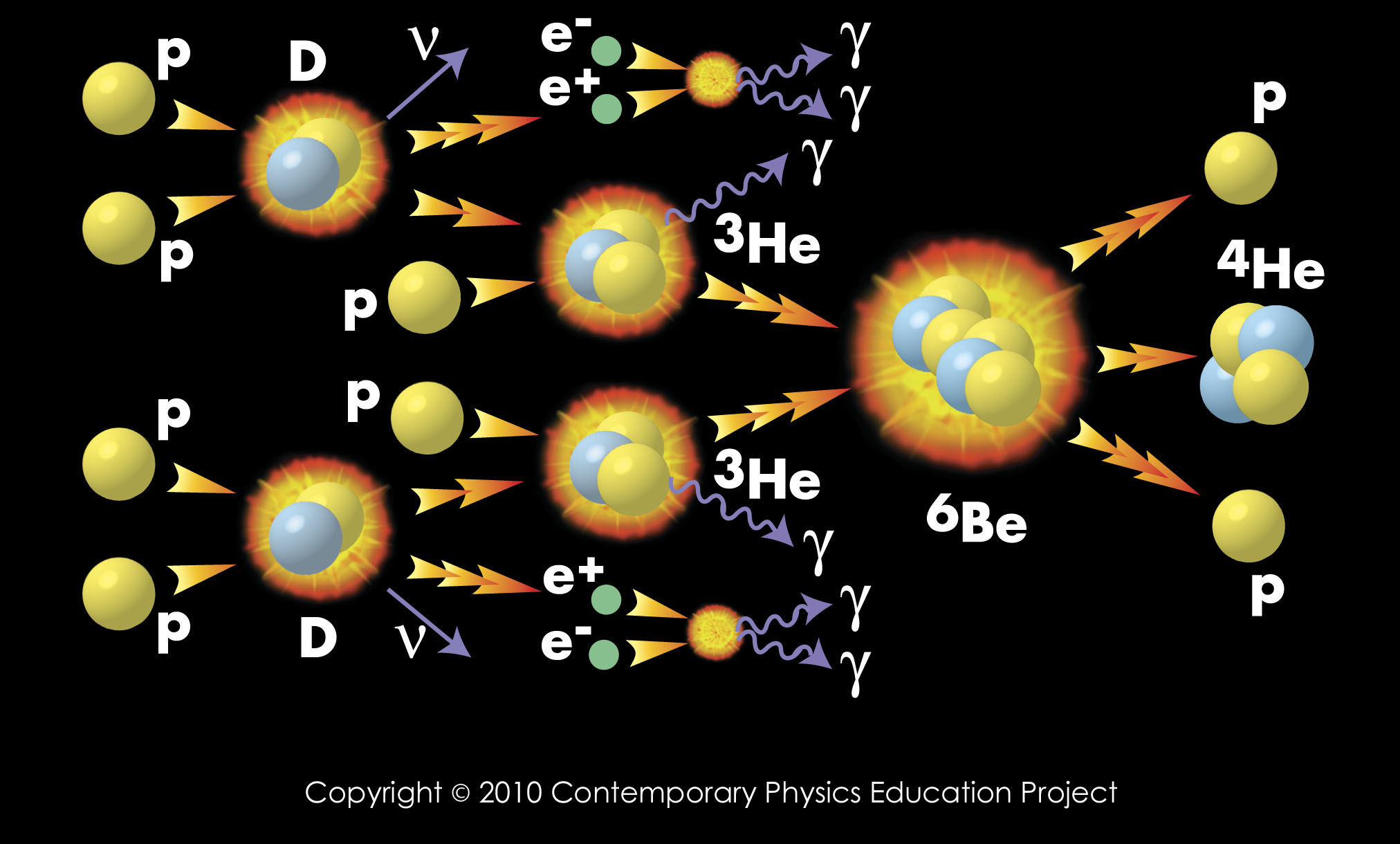 But this process happens at the core, and there is no way that those electrons get out to the surface. So my best guess is that the electrons which don't get annihilated just stay there in the core plasma. I do not think that they combine with the $\ce{^{4}_2 He^{2+}}$ particles formed by this chain, because the temperature is still too high. So you start out with 6 protons and 6 electrons (for electrical neutrality reasons), two electrons get annihilated in the process and you end up with a doubly positively charged helium particle and two protons and four electrons. So the electrical neutrality is not violated.

There is not only the core of the sun but also the outer layers and the corona, from where we observe the solar wind, which is a stream of particles, mainly electrons and protons. So there you have some electrons that escape the sun. But these are not the electrons from the core, they come from the surface of the sun.

The sun is electrically neutral. It is a roughly 70% hydrogen, 30% helium, and various other stuff as plasma - partially and wholly ionized nuclei in bath of electrons charge neutralizing things overall. That does not change, for charge is conserved.

12
How is the electron “trapped in the crystal” in irradiated NaCl?
6
Nuclear fusion reactions violate law of conservation of mass, but it has not yet been taken into account. Why?
1
Final amount of Hg present after $\beta$ decay
6
What chemical elements does a nuclear explosion release into its mushroom cloud?
0
C14 Nuclear Diamond to AA Battery Apples-to-Apples Engery output