Can resonance take place in between biphenyls? [closed]

I thought since both phenyl rings are not coplanar, the resonance between them is not possible. But my book says the following:

I thought since both phenyl rings are not coplanar, the resonance between them is not possible.

This is not correct. If the rings are coplanar you get the best orbital overlap and the strongest resonance effect, while if you twist it the effect will be smaller but still present until you are at an dihedral angle of 90°, where no overlap can take place.

Let us look at phenyl-tetrazine. The phenyl substituent loweres the LUMO of the tetrazine through conjugation and raises the HOMO. The most favored confomer is the planar one, so the ideal system to study this. If it's correct that resonance only takes place at a planar conformation we should see a sudden jump in LUMO energy between planar conformation and any other and for all angles not equal to 0° the LUMO level should be the same.

In addition resonance is stabilizing, so the energy should drop rapidly between non-planar and planar. 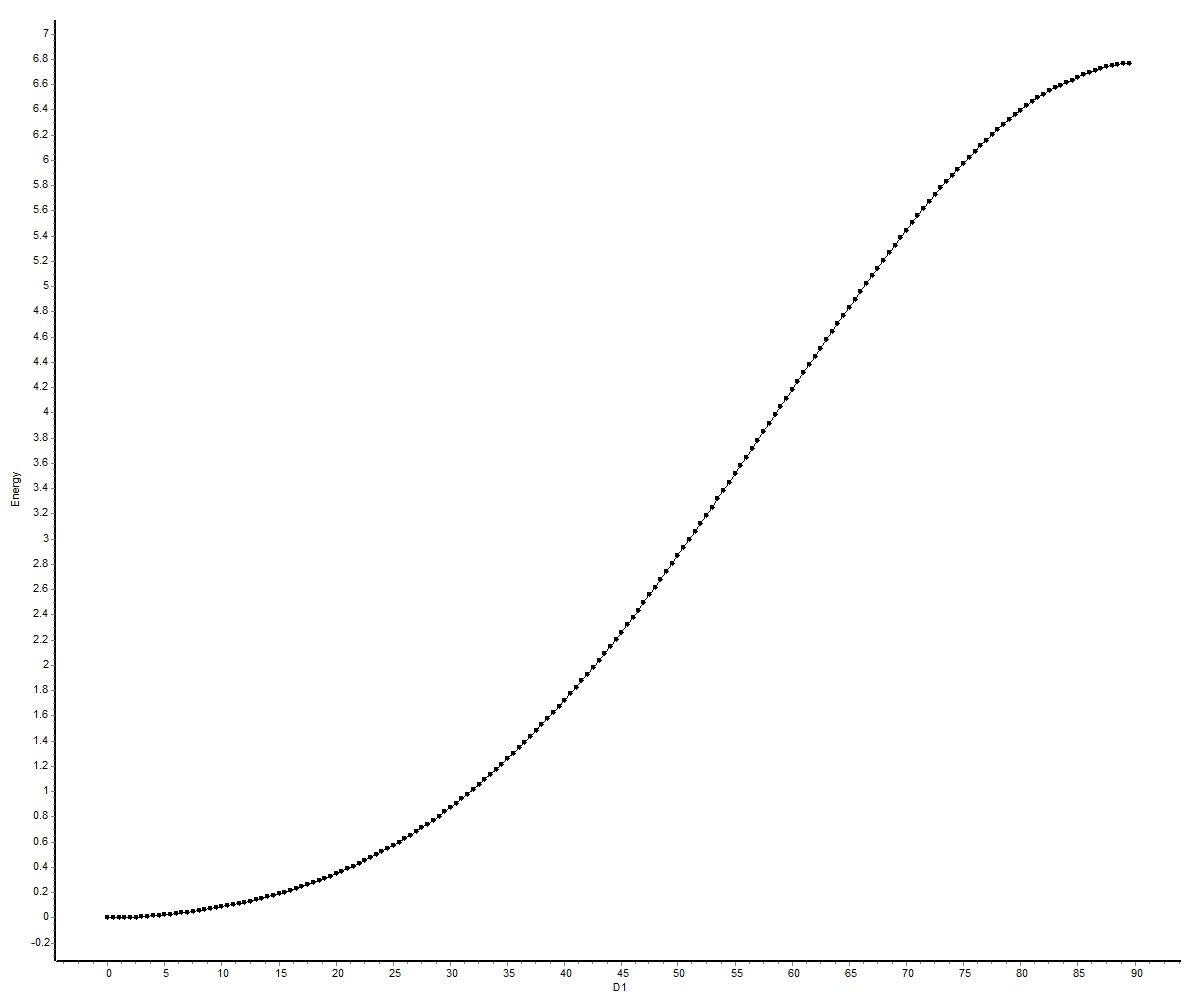 So the energy goes up continuously if we twist the phenyl ring, there's no jump in energy. Since there's basically no steric effect, unlike in biphenyl, the energy is most likely only influenced by resonance.

Let us look at the HOMO level. I just picked some angles: 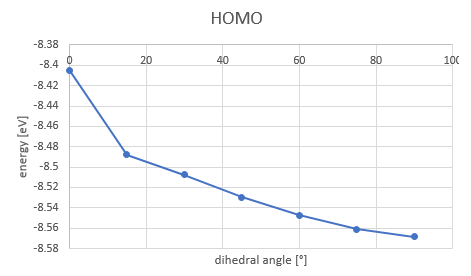 As expected the HOMO is raised in case of planar conformation in contrast to 90°, where we expect no overlap but we can clearly see that there's an influence on the HOMO at nearly every angle getting much stronger if we get near planarity.

Since the HOMO is completely localized at the tetrazine even in the planar form let's look at the HOMO-3 as an example. This orbital is part of the conjugated aromatic system and looks like this if the angle is 0°. Of course orbital energies will get shifted if we twist the rings and finding "the same" orbital is hard, but I'll show the orbital with the same symmetry at the tetrazine.

Here's the picture for 0°, a nice conjugated system: 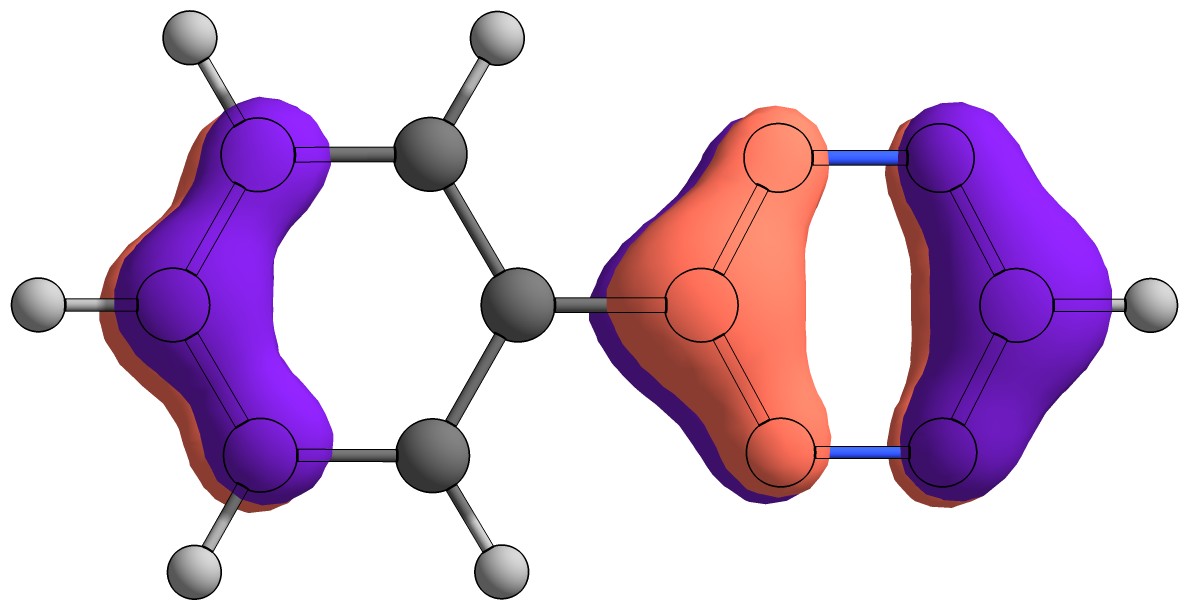 Here's the picture for 90°, there's no conjugation with the pi-system, little bit with some, I assume, sigma* orbitals.

We can see quite nicely that the orbital in case of 15 and 30° still looks quite similar to the one at 0°, while the one at 60° already looks quite like the one at 90°, with a little bit of orbital in para position at the phenyl ring. Showing that there's a gradual loss of conjugation.

coplanarity the topmost condition for resonance –

The most important condition is an overlap between the orbitals, this usually works best if planar, but it most certainly doesn't have to be planar.

Not the answer you're looking for? Browse other questions tagged organic-chemistry aromatic-compounds resonance or ask your own question.

2
Why is biphenyl not planar?