Why does having identical groups on either side of the pi bond lead to no geometrical isomerism?

As far as I was taught, cis and trans isomers were categorised under stereoisomers and sub category of geometric isomers. Qualifying properties like, rigid and restricted double bond rotation (due to pi bond electron cloud), no terminal alkenes (those with double bond at the end of carbon chain).

But, here was a quote from a LibreTexts article:

If one carbon of the double bond has two identical groups such as 2 H's or 2 Cl's or 2 CH3 etc. there cannot be any geometric isomers. 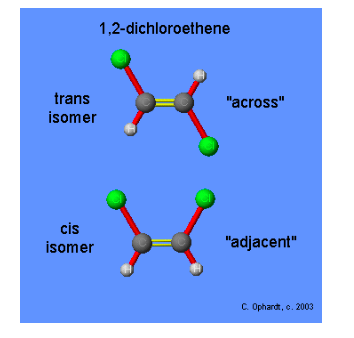 What is the basis of above claim? Why cis and trans with identical groups can't be qualified as a geometric isomer? If not what is this? Am I missing something here?

Hmm, you seem to be having a problem visualizing the structures in the case of 2 identical groups on one carbon. But never fear, 3D molecules are here. 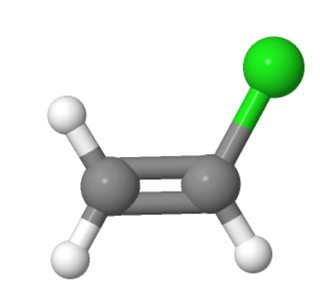 It has two identical groups (hydrogens) on the left side. If you tried to make a geometrical isomer for this, you'd get: 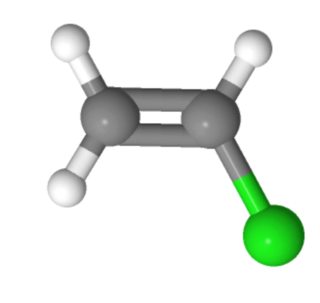 But hey! That's just the previous image flipped upside down! That's not an isomer, it's the same thing!

Indeed it's the same molecule. These molecules can't have a geometrical isomer because it possess an plane of symmetry: 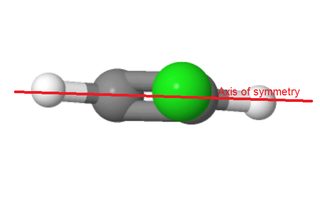 So there you go. Go ahead and visit this link if you want an interactive 3D model that you can spin around.

Added based on comments from @Zhe, there's a plane of symmetry in following angle, 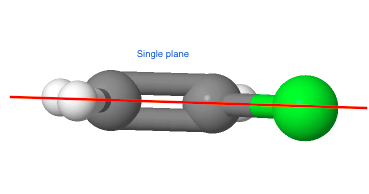 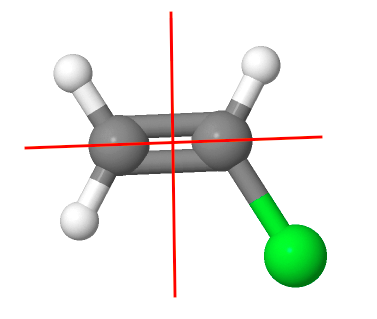 I take issue with the way a plane of symmetry is used in the currently accepted answer (see comments). So, here is my explanation of the question:

We know that, to obtain the other geometrical isomer of a given compound, we just need to flip the groups on one side of the molecule. For example, here are the GIs of 2-butene:

You can also go in the reverse direction, and flip either side, with the same result. This rule of flipping-and-fixing will hold true for any pi-bonded molecule.

Now, let's apply this on 2-chloropropene:

Turns out, it's not a geometrical isomer! In fact, you can take the final molecule formed and rotate it 180deg (about an axis passing through a double bond) to obtain the original compound in the question. Recall that any molecules that become identical with each other on complete rotation are actually identical. Hence, in the above diagram, there's not two new isomers. It's still the same molecule, just shown rotated.

Note that if you had from the side where both groups are identical, you'd immediately seen both the molecules being identical:

Hence, this is how having identical groups on either side of the pi bond leads to no geometrical isomerism. Now, you should go back to the original example of 2-butene, and notice how rotating it through the pi bond, or any other axis does not lead to the same representation.

Not the answer you're looking for? Browse other questions tagged organic-chemistry stereochemistry isomers cis-trans-isomerism or ask your own question.

0
What is it meant by two different groups in stereoisomerism?