Why does hydrogen so easily take the place of oxygen in organic molecules during reduction reactions?

It goes without saying that every reduction agent has different reducing properties and strengths in terms of what sort of bond it can reduce/hydrogenate. But, why does it generally follow that hydrogen takes the place of an oxygen molecule during a hydrogenation/reduction reaction (in the presence of the necessary hydrogen or $\ce{H}$-donor of course)?

What is it about the properties of oxygen that makes it so ready to disassociate from the molecule when it gains an electron, allowing hydrogen to take its place? I'm sure there is something simple that I'm missing, but any explanation is appreciated.

But, why does it generally follow that hydrogen takes the place of an oxygen molecule during a hydrogenation/reduction reaction [...]

I don't see that general trend towards complete deoxygenation, neither in catalytic hydrogenations, nor in hydride transfer reactions.

or a combination of any of these to convert oxygen-containing compounds to alkanes.

Let's have a look at some examples:

I'm not aware of any transformation that does not involve functionalization.

Direct transformations of carboxylic acids to alkanes typically involve decarboxylation, i.e. the loss of $\ce{CO2}$. This may be achieved either by the Barton decarboxylation, or via photoinduced electron transfer reactions with electronically excited (electron) acceptors. In the course of the latter reactions, a carboxylate is oxidized to an acyloxy radical, which then undergoes decarboxylation.

In the special case of reduction to an alcohol in acid (or other moiety that becomes a leaving group under reaction conditions), the resulting (stabilized) carbocation can be further reduced to the hydrocarbon (e.g., catalytic reforming using noble metal catalyst on acid zeolite under hydrogen). Benzylic positions often reduce to (unwanted) hydrocarbon. You can push this by using Lewis acid $\ce{AlH3}$ rather than $\ce{LiAlH4}$, $$\ce{3 LiAlH4 + AlCl3 → 4 AlH3 + 3 LiCl}.$$

Another entry into deoxygenation reduction is to use a potent oxophile like titanium, e.g., McMurray reaction, that is astounding effective for coupling hindered carbonyls into olefins by plucking out the oxygens. Its cousin the Tebbe methylenation does $\ce{R2C=O}$ to $\ce{R2C=CH2}$, convert a diaryl benzil's carbonyls into methylenes. Follow with olefin metathesis and ethylene extrusion (ADMET polymerization) ton give fully functionalized polyacetlyenes as living polymers, allowing block co-polymer builds, before quench. What fun! Here is an example with a p-phenylene spacer, 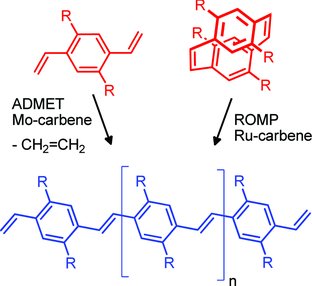 -2
How alkanes can be prepared by aldehydes and ketones?

10
What does the phrase "reducing atmosphere" mean in quantitative terms?
5
Why does rearrangement not take place in Wurtz reaction?
11
Reduction of α,β-unsaturated nitro compounds
6
Difference between oxygens in a carboxylic acid?
3
Why do disproportionation reactions take place?
0
Could dimerization account for weak IR signals?