What exactly is the long chain band?

I have progressed quite enough in infrared spectroscopy, and now I'm looking at the spectrum of alkanes in detail. I found out that straight chain alkanes have this long chain band in the spectrum:

The infrared spectrum of decane. Taken from: Introduction to Spectroscopy, Pavia et. al.

On the other hand, cyclic one's don't have this band:

The infrared spectrum of cyclohexane. Taken from: Introduction to Spectroscopy, Pavia et. al.

I also found this info in my book:

I am still perplexed. Why can't the $\ce{CH2}$ groups in the cyclic chains undergo rocking vibrations? Why is this specific to the open chained ones?

The 'long chain band' described in your textbook (Pavia) is actually a vibrational mode in which the terminal methyl groups are 'rocking'.

This rocking mode is observed in open chain alkanes, -(CH2)n-, where the number of methylene units is greater than 4.

Polyethylene is the 'classic' examples, the IR spectra and corresponding vibrational modes are given below: 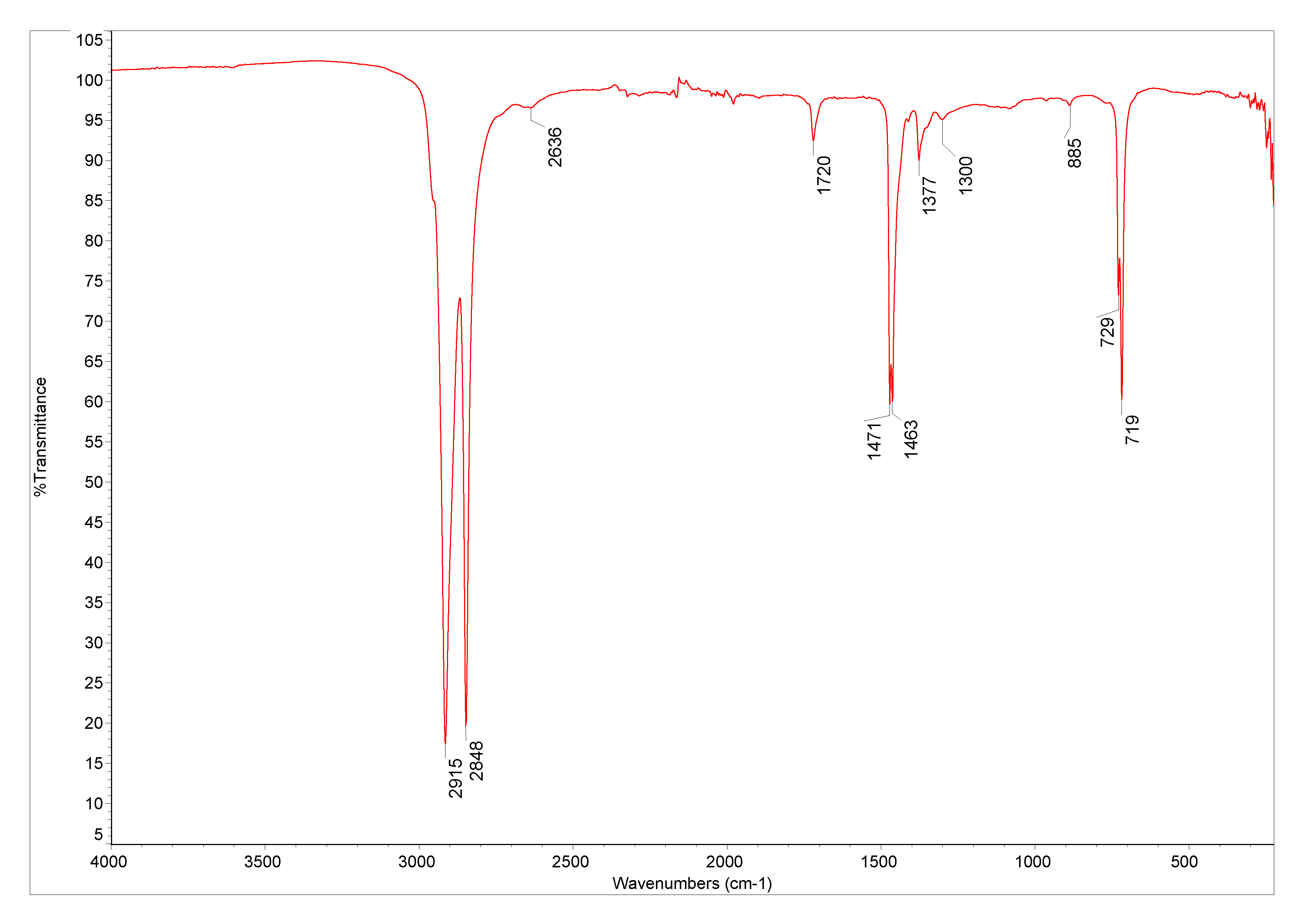 Why do we see this band?

The reason we see any given IR band is as a consequence of the symmetry of the molecule, with only certain molecular vibrations IR active (we don't, for example, observe the C-C vibrations directly, they aren't active). Your question, more broadly, then becomes 'how to predict the IR active vibrational modes for a given molecule?'.

For a full explanation of the IR spectra in this particular case, using molecular symmetry and group theory, you might try reading J. Chem. Phys 1956, 25, 549.

Why don't we see the band in cyclic alkanes?

In cyclic alkanes, the methyl groups have been constrained to form one continuous ring of methylene groups. As discussed above, the band at ~725 cm-1 is caused by the terminal methyl groups of longer chain alkanes, hence, removing these methyl groups removes their corresponding vibrational modes.

Not the answer you're looking for? Browse other questions tagged hydrocarbons ir-spectroscopy or ask your own question.