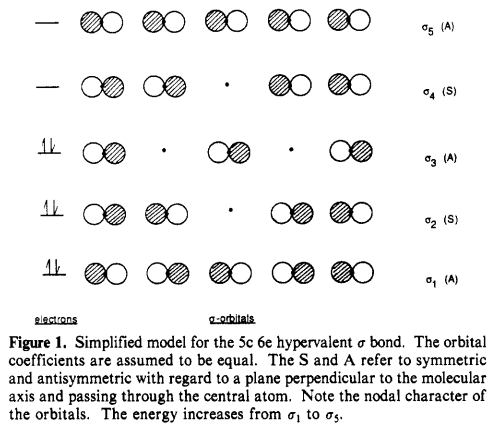 Several examples of species with fluorine in the middle of a chain are reported here. What they have in common: the fluorine is embedded in an environment of high or enhanced electronegativity, which makes fluorine in the center more energetically favorable.

178
Can an atom have more than 8 valence electrons? If not, why is 8 the limit?
17
Is the triiodide ion polar?
9
Can fluorine ever have a positive oxidation state?
3
Formation of trifluoride anion
0
Does the molecule LiF3 exist?
1
Lewis structure

20
Is HF the least acidic hydrogen halide?
10
Why is fluorine more reactive than iodine despite the weaker I-I bond?
0
Reaction between 2 hydrogen halides
1
Reactivities: interhalogen compounds versus halogens
7
Why is ICl5 unstable?
3
What is the role of hydration enthalpy in oxidation?
1
Why is polonium tetrafluoride non-existent?
0
Reaction (or lack thereof) between oxygen and halogen gas