What type of sensor technologies exist to determine the chemical composition of a polymer?

Let's say I have several pieces of trash and each is made with a different type of material like:

My objective is to build a system complete with sensors that automatically determines the material (chemical makeup) of each object. Are there material sensors currently on the market that can identify all of the materials that make up these objects?

And, of course, most plastic opponents are actually labelled with symbols to aid in recycling so you can often just look to identify the chemical nature of the polymer. For reference the symbols are shown below (V identifies chlorine-containing polymers like PVC): 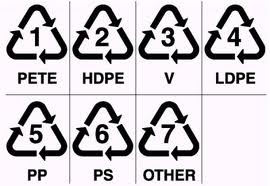 The steps required to identify polymers, if you don't have a label, involve some simple physical tests. First identify whether the polymer is elastic or hard. Then identify whether it is a thermoplastic or a thermoset (by using a hot object like a soldering iron to see whether it remelts). Then a variety of tests can be applied: does it float in water or not? Does it burn and if so how does it behave and what does the flame look like?

One flowchart for this is available here as a pdf. Another simpler one is here also as a pdf but sufficient to distinguish the major classes of polymer. There are even interactive versions of such flowcharts such as this one (flash).

Included below is another version originally produced by the major, but now defunct, British chemical company ICI: 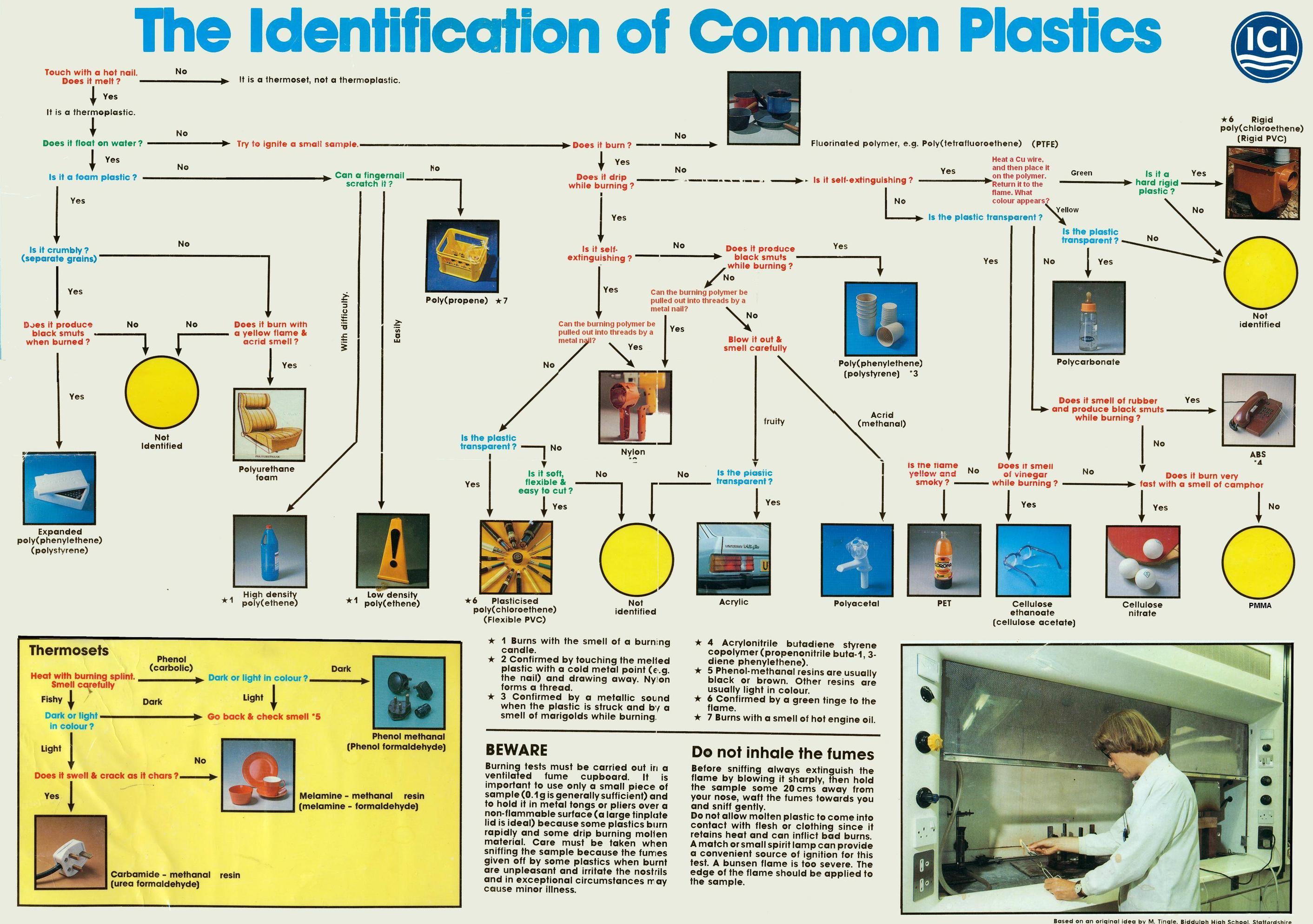 Well, it seems the question has emerged to How to design a polymer recycling plant? ;)

Rocks and pieces of plasterboard can be separated from the rest of material by streams of compressed air along or across perforated sheets of metal in a conveyor belt: they'll keep sitting there - like a rock ;)

Plastics should be milled down to flakes then. The mixture can be submitted to a swim-and-sink step: PE whould swim on water, PS and PVC will sink.

Whether it is technically useful to repeat this step using NaCl solutions of different concentration to achieve further separation is beyond my knowledge.

IR spectroscopy will provide a lot of information on the type of polymer measured. Aren't InGaAs line cameras/sensors used in this context? Pattern matching with stored spectra might be used to control streams of air to blow identified material off a conveyor belt.

I'm sorry that I can't provide more precise information, but I'm not an engineer. However, I wouldn't be astonished if full-fledged setups are commerically available nowadays.

Not the answer you're looking for? Browse other questions tagged physical-chemistry inorganic-chemistry polymers materials or ask your own question.