Why does iodine exhibit metallic properties at room temperature although being a non-metal? Are there any similar elements like this?

Iodine is a metalloid. Metalloid elements have one or more allotropes with properties intermediate between those of a metal and a nonmetal.

Metals are lustrous, ductile, and conductive of heat and electricity.

Nonmetals are matte, brittle, and insulators.

Metalloids may be semiconductors, like silicon, germanium, arsenic, and carbon (graphite). They may be lustrous, but brittle, like iodine and tellurium.

All such trends are attributed to periodicity in properties Generally, going down a group in periodic table metallic character increases which is attributed to the dominance of addition of new principal quantum number over increasing nuclear charge.This results in increasing size of atoms which in turn results in lowering of ionization enthalpy (a parameter that may be used to judge upon metallic nature:lower the ionisation enthalpy,higher the metallic nature).Since ionistation enthapy is inversely proportional to size,hence it decreases down a Group.

That's why in Halogen family Iodine possess metallic character to some extent. However these terms become relative if we universalize them.For example there are compounds of Iodine like

where Iodine shows metallic character.At the same time we too have 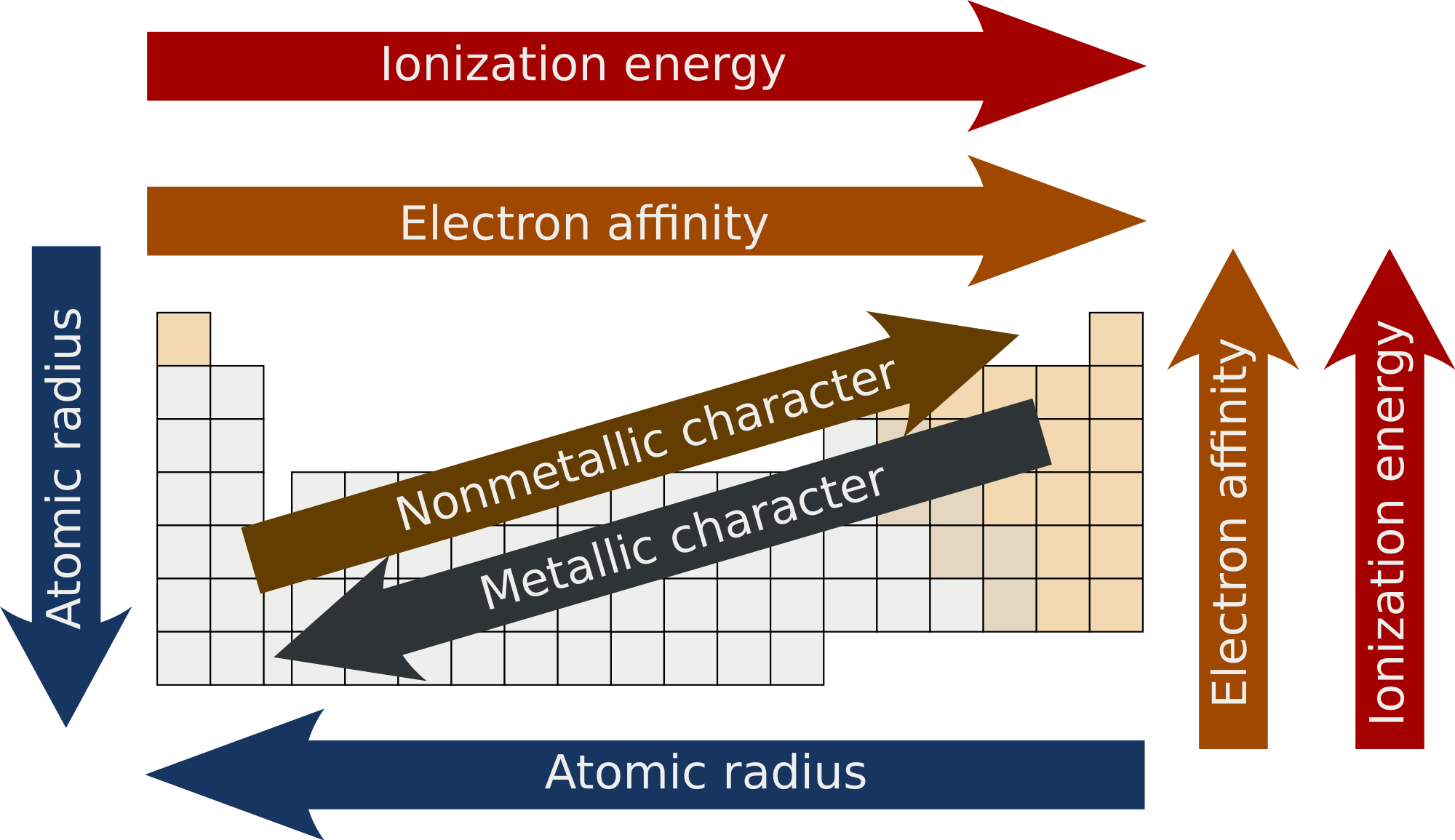 Iodine is in fact a metalloid and not a non-metal, metalloids exhibit the properties of both metals and nonmetals partially, so that is the reason for iodines both metallic and non-metallic properties.Another example is silicon.

14
Which elements can be diatomic?
3
Does pyrite retain the magnetic properties of its element iron?
1
What are inner core electrons and how do they influence chemical and physical properties?
0
How to Determine An Element's Colour