Are there any examples of activating meta directors?

I have heard about deactivating ortho-para directors. For example: halogen substituents

So, naturally, I have embarked on a quest to find Activating Meta directors.

I have found one potential candidate, which is dimethylphenylborane: 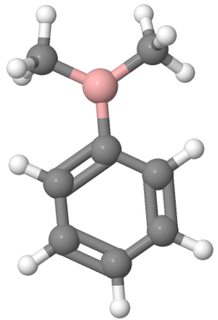 Boron possesses a vacant $\mathrm{p}_z$ orbital, which can interact with the $\pi$-cloud of the benzene ring. 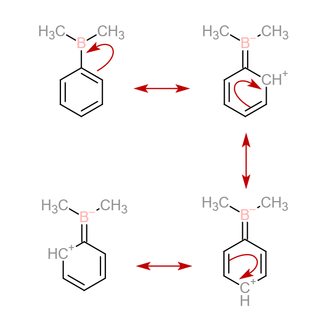 Considering the fact that boron is treated as a metalloid, it will definitely be less electronegative than carbon, so the dimethylborane group should offer a good +I effect, which could possibly outweigh the -M effects.

Can anyone shed some light on this issue? Are there any other examples of activating meta directors?

Note: This requires an extremely high energy scenario to occur.

This is another example that looks promising, it is essentially an ylide that has enough EWing power to meta direct while giving some density to the ring in another resonance structure. [ 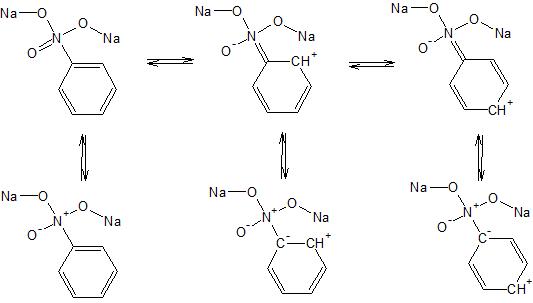 The phosphonium ylide derivative (phenylphosphonic acid) may provide the same effect if the hypervalent nature of nitrogen is challenged, or if this substance is unobtainable under any circumstances.

12
Are phenylboranes susceptible to ipso or meta substitution?

25
Electrophilic Aromatic Substitution: Are protonated OH-groups ortho-/para- or meta-directing?
4
Are there any negatively charged electrophiles, or simply neutral and positive?
12
Are phenylboranes susceptible to ipso or meta substitution?
4
Why are esters meta directors? Can't the carbonyl donate electrons into the ring?
11
Electrophilic substitution on disubstituted benzene rings
5
Are there any substituents other than halogens which are ortho-para directors but ring deactivators?
3
Ortho-para directing and meta directing groups: Activating or deactivating the aromatic ring?
1
activating and deactivating groups and directing effect