But in my book its written that the $\ce{Cl—Se—O}$ bond angle is greater. Why?

My suspicion is that the info in the book relies on single-crystal x-ray diffraction experiment (1), where geometry of selenium oxydichloride cannot be determined solely from MO principles. So, here is the structure of dioxane-seleninyl-dichloride: 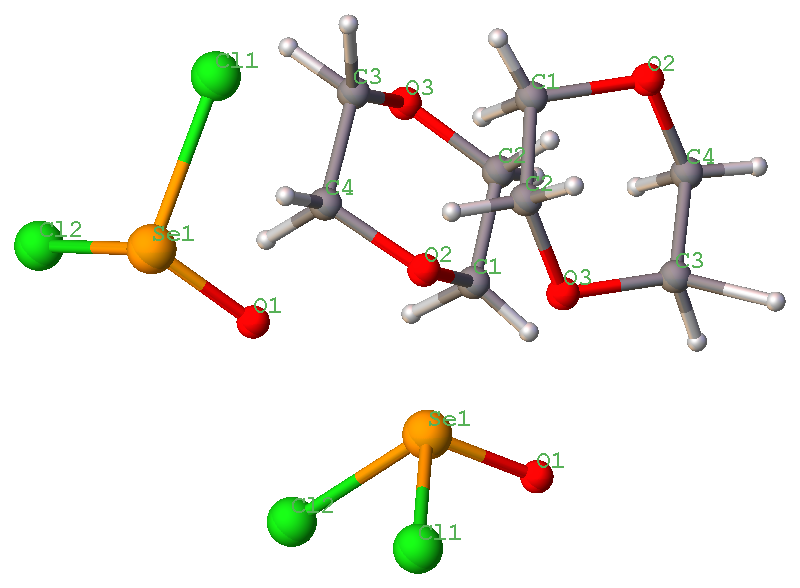 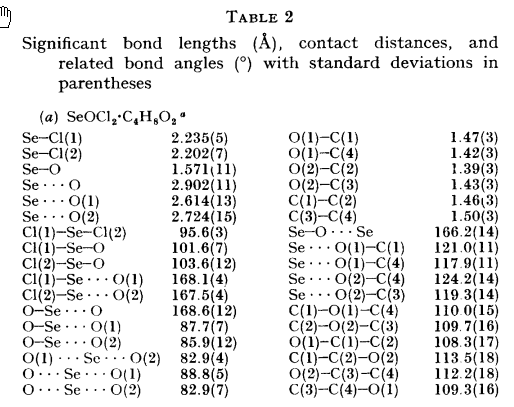 The reason for that is given in the paper as well:

APPLICATION of the Gillespie-Nyholm theory to the molecules of seleninyl dichloride, $\ce{SeOCl2}$, ... leads to the same prediction for each: pyramidal geometry with the fourth position of a tetrahedron occupied by a lone pair. However, more detailed study of many non-metal compounds containing lone pairs has shown that the Gillespie-Nyholm approach gives an incomplete description of the bonding. The central atoms very frequently form additional bonds, of greater length than the primary covalent links. In the case of pyramidal molecules, it has been found that there are often three of these secondary bonds, completing a distorted octahedron around the central atom. Striking conformation of this has come from complexes (or solvates) of $\ce{SeOCl2}$. All show $\ce{Se-O}$ and $\ce{Se-Cl}$ secondary bonds, with distorted octahedral geometry, although in some cases the third secondary bond opposite the $\ce{Se-O}$ bond may be significantly longer than the other two secondary bonds. Furthermore, there are rare examples where a secondary bond has been replaced by two longer contacts, and it may be inferred from these results that the steric importance of the lone pair of electrons on $\ce{SeOCl2}$, varies. In those cases where an octahedron can be observed, the angles $\ce{X-Se-Y}$ ($\ce{X, Y}$ = $\ce{O}$ or $\ce{Cl}$) have been found to lie in the range 142 -- 173, and there appears to be no clear way of deciding which atoms, chlorine or oxygen, are going to form the secondary bonds. The present structure of $\ce{SeOCl2 * C4H8O}$, is, however, the first in which $\ce{SeOCl2}$, is involved in three secondary bonds to oxygen with the $\ce{SeOCl2}$, being classed as amphoteric.

Long story short, your assumption would probably be correct for the "idealized" molecule in gas phase, whereas in reality there always will be a distortion as $\ce{As}$ strives to complete unsaturated coordination environment.

Not the answer you're looking for? Browse other questions tagged inorganic-chemistry molecular-structure halides or ask your own question.

8
Dibromomethane bond angles
1
Relation between various bond angles of Nitrogen compounds
11
Bond angle order of SF2, OF2, HOF
12
Which has the largest bond angle between water, oxygen difluoride and dichlorine oxide?
2
Is the VSEPR theory correct in determining the bond angle of sulfur dioxide?
2
Which out of the two has greater bond angle? Water or diethylether.Why?
4
What is the CNC bond angle in methyl isothiocyanate?