Can I obtain a different density of a recycled elemental material?

I am recycling Aluminum products/scrap. I melted it and then form cylindrical ingots. When I measure their density, I calculated $\pu{2.4 g/cm^3}$ but Al has density of $2.7$. I think all the materials are aluminum since they all melt in the same temperature using a home setup. Can I claim that the ingot is Al?

I think it is risky. The density observed lower than the expected density of pure Al is indicative for the presence of something of even lower density than Al itself. 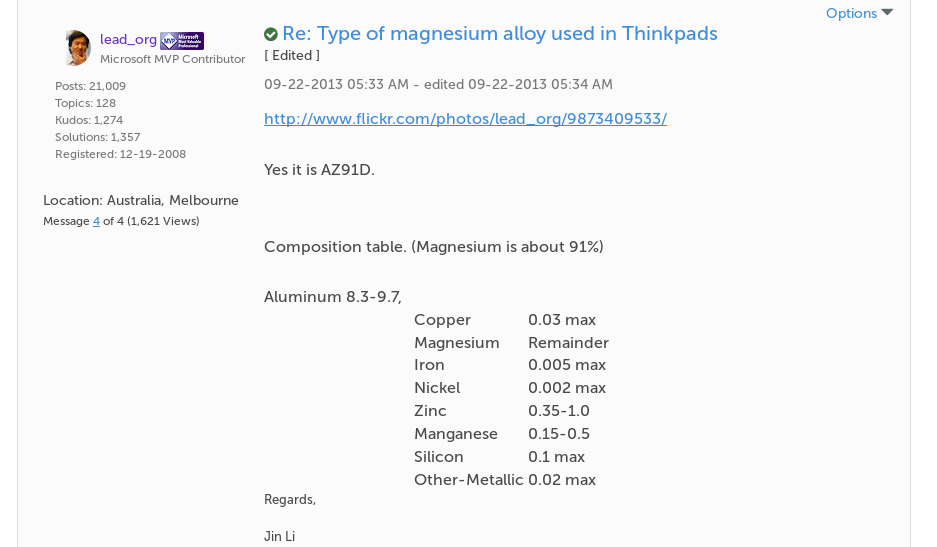 or items that are used near the sea / in contact with sea water (source).

Not the answer you're looking for? Browse other questions tagged metallurgy or ask your own question.

3
Material that doesn't melt at 800 deg F, but can be dissolved?
2
Can alloys or ceramics have higher density than elemental solids?
2
does aluminum oxide float on molten aluminum and by what mechanism?
10
How can steel be so different from iron, even if amount of carbon is small?