Determine compound acidity based on structure

In an exercise I have the following structures 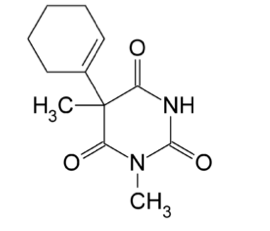 I know for example by heart that paracetamol is an acid. What is the best approach in determination of acidity of a compound based on it's structure?

I'd like to know for example if these compounds are:

I know for example that many metals (Zn, Pb, etc) can be amphoteric (act as $H^+$ donors or acceptors). But I don't know how to determine what a complex structure is.

Please offer a detailed explanation, with links if possible.

Panagiotis, in order to solve the exercise, one needs to identify the relevant functional groups and explore their environment a bit.

Supposed that we're talking about "standard conditions", i.e., what is likely to happen if the dissolve/suspend the compounds in water, the situation is as follows:

In the structure of Moclobemide, we spot an amide, and - in the morpholin moiety - an ether and a tertiary amine. Amides do have a lone pair on the nitrogen atom, but due to the conjugation with the carbonyl group, the electron density on the N atom is strongly reduced, as compared to an amine. Ethers are rather lousy bases, in fact, the $pK_a$ of protonated tetrahydrofuran is as low as -2.05.

In Paracetamol we identify an amide (that we've already excluded as irrelevant) and a phenol group. The latter, once deprotonated, will stabilize the negative charge by resonance with the $\pi$-system (G M has already mentioned this). Therefore, phenols are far more acidic than alkanols. Consequently, the compound definitely acts as an acid.

I'm sure that you've already noticed two imide units in the case of Hexobarbital and in fact, it is possible to abstract the proton from the nitrogen atom. However, you'd need a base such as a carbonate under anhydrous conditions to deprotonate here. As a result, Hexobarbital will hardly do anything at all in water.

Not the answer you're looking for? Browse other questions tagged organic-chemistry drugs medicinal-chemistry or ask your own question.

25
How does one tell if a specific molecule is acidic or basic?

2
What happens to the structure of tetracyclines when they expire?
1
Why is C4 of butynone electrophilic?
4
Structure of aminoglycosides
2
Determine from pKa if acid or base
2
Structure of compound
23
The order of aromaticity of benzene, thiophene, pyrrole, furan, and pyridine
4
Determine structure from NMR
0
Finding the structure based on spectra