I am being told that boiling can't take place in closed containers. Can someone please explain why this is so.

You can understand this well by thinking about why a liquid boils in the first place. Imagine you have a pot of water, and it's just sitting there in your kitchen. Intermolecular forces (specifically hydrogen bonding for H20 molecules) keep the water in liquid state. The air molecules zipping around the pot and above the water's surface represent a certain pressure. Let's say your kitchen has standard conditions, so 1 atm. Then, you put the pot on a stove, and heat the water up. This heat breaks the intermolecular bonds between the liquid molecules. Now, the only reason the molecules rise up and become water vapor is because the kinetic energy of the water molecules matches that of the surrounding air. Pressure moves from high to low, and as the water boils, certain molecules acquire the necessary speed (and therefore pressure) to enter the gaseous state. Keep in mind that heating the pot negligibly changed the kitchen pressure. The pressure in your kitchen should still be about 1 atm, since the vast air space should distribute the heat produced by the stove.

In a closed container, however, the story is different. Let's say you put a lid over your pot. Now, there is a relatively small amount of air trapped between the lid and the water's surface. Heating the pot heats the air as well, and pressure does not remain at 1 atm. That is because that small amount of air has to handle all that heat, whereas in the situation without the lid, a bigger volume (the kitchen) allowed for more heat dissipation. So now the small amount of air molecules are moving really fast. The heat is still breaking the intermolecular forces of the water, but this time, there is no (entropic) reason to move up into the gaseous state. The air molecules are moving just as fast, and therefore have just as much pressure, as water molecules that have broken bonds.

Therefore, water does not (usually) boil in a closed container. A couple of things: There are many more explanations/videos online about this topic (boiling water, pressure cookers, more altitude = lower pressure, higher boiling point etc..)in case you want to strengthen your understanding further and explore the core of this question from different angles. Also, the intuition in this Khan academy video https://www.youtube.com/watch?v=hA5jddDYcyg is pretty good.

I am being told that boiling can't take place in closed containers. Can someone please explain why this is so. 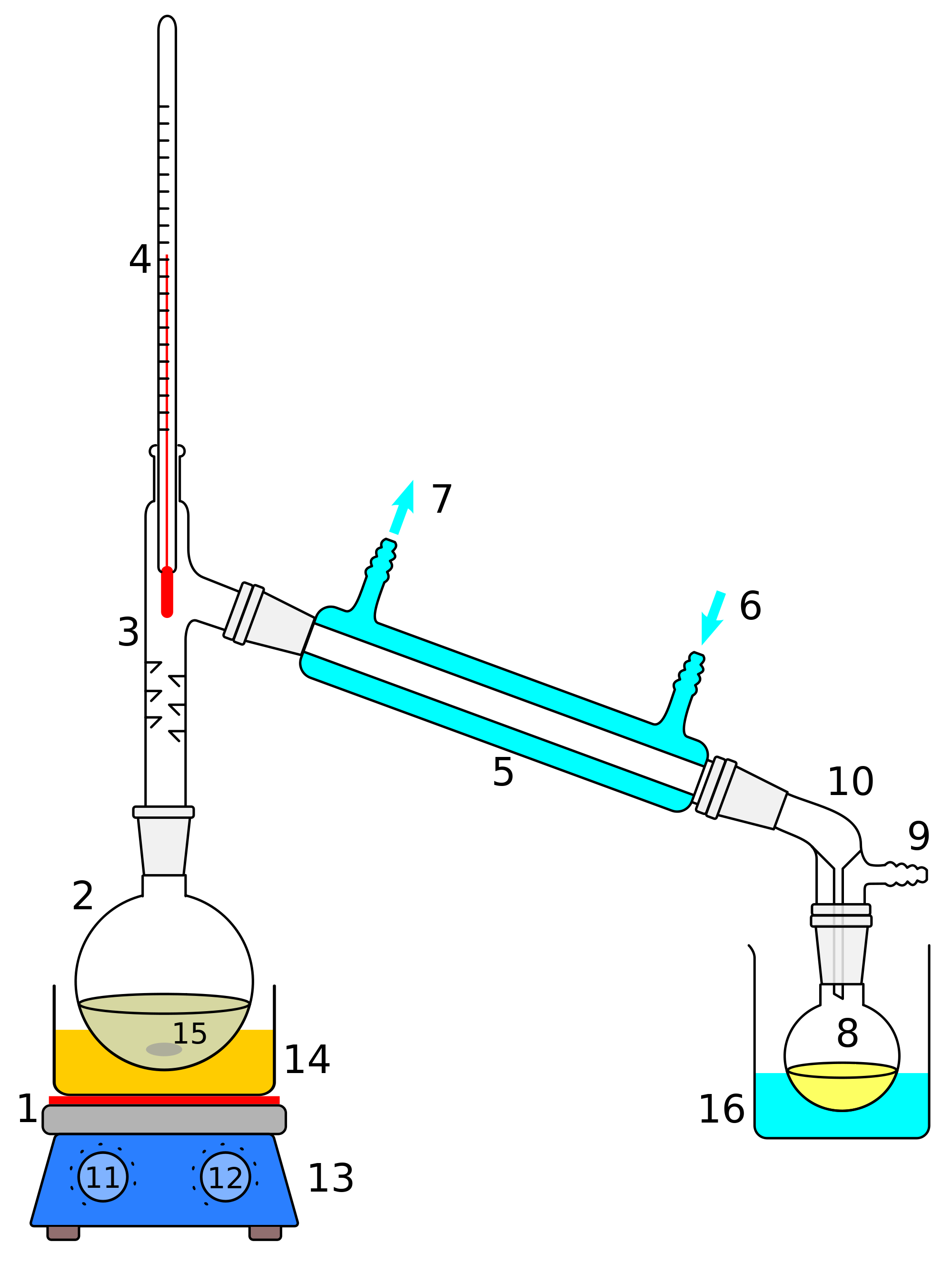 A liquid can boil in a closed container under certain conditions. For example, you can close off a distillation apparatus by putting a balloon on the only opening with the surrounding (position 9 in the picture). As long as you condense the vapors created by the boiling liquid using a cooler, you can boil off the entire liquid. (You should allow for some expansion, otherwise the glassware will be under high pressure - a dangerous condition.)

Also, if the container is large enough (like a house), you could boil water in it on a stove top with an open pot. You can also put a lid on the pot, and it will boil a little bit faster (because the lid keeps cold air from coming in). The boiling point might rise a little over the normal boiling point because the pressure in the house will increase a little bit as you boil off the water.

Boiling water in a closed container essentially requires you to add heat to a constant volume. As noted above, this increases pressure, and ways to get around this basically open the system.

However, heat pipes are small closed systems (really closed, and really small), and liquids are boiled in them to transfer heat from one end to the other. Pressure increase is nominal (i.e., within design specs). https://en.wikipedia.org/wiki/Heat_pipe

The key is that you can't keep adding something (neither material nor energy) to a closed system without exceeding some limitation. Heat pipes boil a liquid at one end and condense it at the other. So the system can remain closed because the contents don't increase: you put in heat, you take out heat.

0
At boiling point, is the total pressure twice the atmospheric pressure?
1
When boiling water, how is evaporation rate affected by the surface area of the container?

2
Why does the boiling and freezing-point of non-polar molecules rise with increasing molecular mass?
7
On Heisenberg's uncertainty principle
3
Why can't this mixture be used as a buffer solution?
2
Calculating reaction enthalpy given other reactions