How do I name this compound 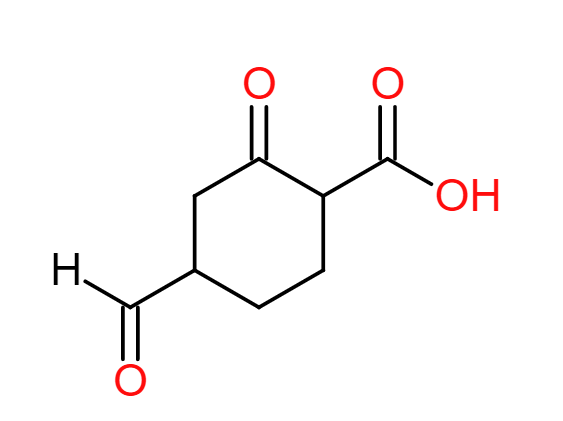 The other groups of the given compound cannot be expressed as a suffix. The cyclohexanecarboxylic acid is substituted using the usual principles of substitutive nomenclature.

Likewise, the suffix ‘one’, which generally can be used to form the name of ketones as in cyclohexanone, cannot be used in this case. Instead, the prefix ‘oxo’, denoting $\ce{=O}$, is used to indicate a carbonyl group when the group cannot be cited as suffix.

Therefore, the correct name for the given compound is 4-formyl-2-oxocyclohexane-1-carboxylic acid.