Can thermite be lit while mixed into butane? If not is there a flammable liquid that would work?

I want to create a thermite flamethrower to melt snow since I live in New England and since I am an asthmatic I struggle to shovel and it would be cool, so do you have any idea as to what liquid thermite could be lit in.

Thermite is a solid-solid reaction that I think would be greatly inhibited by any sort of intermediate. In either case, the smoke, the dust and the copious amounts of nitrous oxides produced will not make your asthma any better off than if you were to pick up a shovel.

And then there will likely be other safety-, legal-, environment- and relationship-with-neighbours -related issues that alone would make this a very bad idea.

In addition to the points Stian raised, it's important to realize that thermite is very difficult to ignite. The ignition temperature is very, very high, higher than you can easily get by burning ordinary fuels such as butane, which means that whatever ignition method you use, if it's hot enough to ignite the thermite, would most likely set off the butane first, rather than at the same time. Depending on your setup, the results could range from "wasteful" to "disastrous." It's probably best not to bother with a plan like this.

I'm not at all sure that termite is a useful solution to this problem. The thermite reaction takes place between iron oxide and aluminium, producing a lot of heat and molten iron as a result. This makes it useful for applications like demolition of steel structures and on-site welding of railway rails. In this sort of situation it is a reasonably compact, controllable and portable way of generating very high temperatures.

Having said that the energy density of thermite isn't significant better than any other common fuel and for melting snow it is the opposite of what you want.

Snow (obviously) melts at a fairly low temperature and for this you want a large volume of a moderately warm fluid. Too high a temperature and you are just wasting energy.

A flame thrower isn't a very sensible way to melt snow but even so trying to combine it with thermite makes no engineering sense. Just mixing thermite with a liquid fuel won't really achieve anything except clogging up the jets with metal particles.

Even assuming that melting the snow is the best option something like a kerosene fired space heater (a type of pulse jet) is a vastly more sensible solution as this is a reasonably economical and safe way to create directed stream of hot air).

This will not answer the part of igniting thermite, but addresses the issue of the snow on the driveway, that you want to forget.

Instead of heating from top (by a torch), you may consider heating from the bottom, using a tubing system that is embedded in the ground. Design-wise, similar to sometimes found installations in a bath room, and may be driven by an extra boiler, surplus heat by a nearby power plant, or geothermic sources. The Federal Highway Administration (here) monitored bridges in several states, updated by such a system where the concern for safety (especially freezing) was in mind. 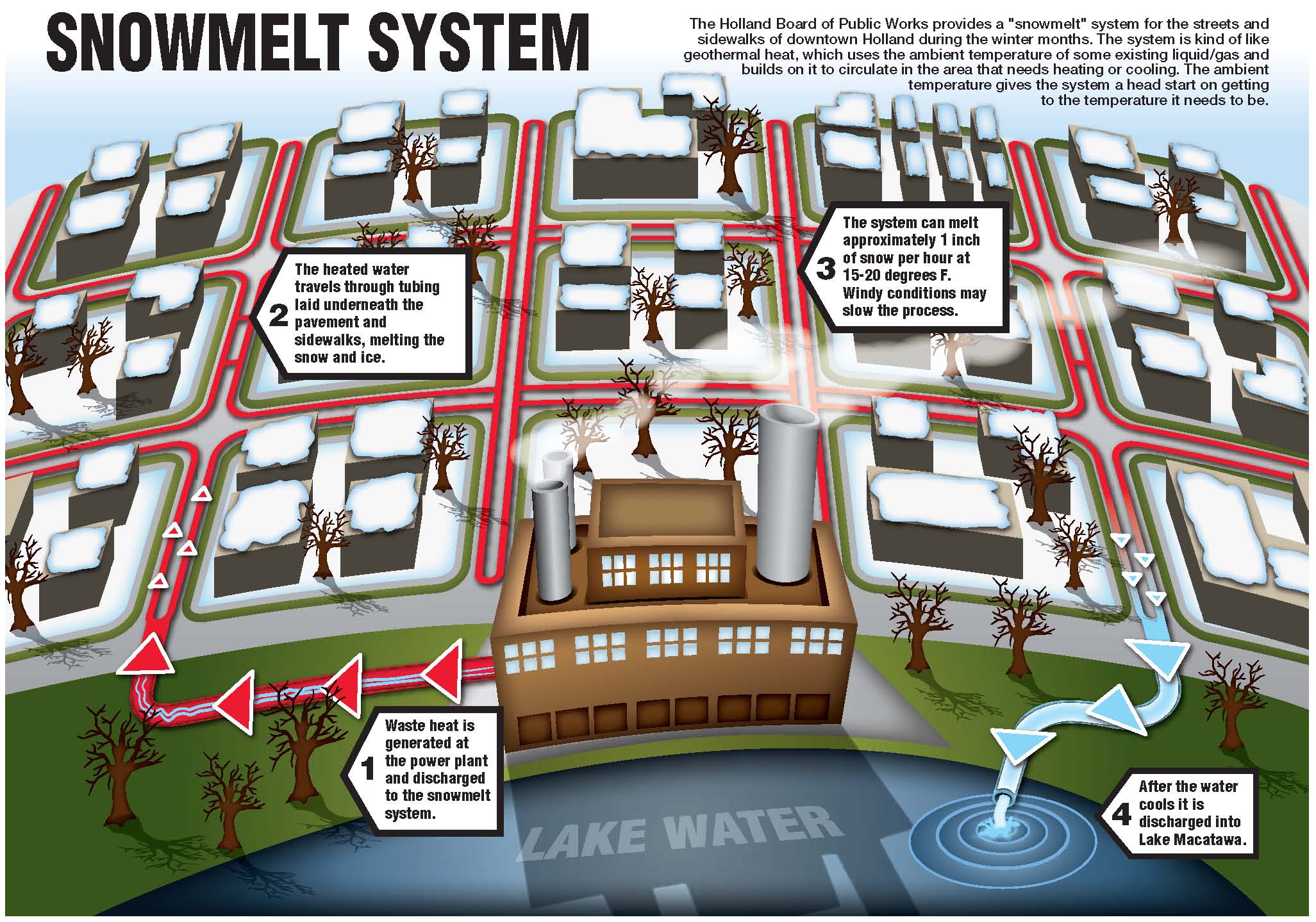 This technology already finds some application in places where snow occurs regularly like Chicago, or Holland, MI. A similar system has been implemented in a place with snow and geothermal activity - Reykjavik.

Most liquids don't burn directly: you first must vaporize them into a gas, and then that gas burns. Butane is no exception.

The real issue* would be that vaporization. Gases take up more space than liquids, so the result would try to push the particles of thermite apart from each other. You want them close together to create the usual thermite fire.

So, you'll end up getting lucky: you'll end up with a snowy driveway full of rust and aluminum powder. It could be worse. You know, the thermite could have ignited!

* Well, we all know what the real real issue here is, and it has something to do with misapplication of thermite. We'll let that slide.

Materials mentioned below can easily be dangerous to play with.
Ethyl alcohol is expensive if drinkable and even more poisonous if not.
Do not breathe vapours. Do not drive while melting snow.

Any sprayed combustible fluid that produces impressive flames also can hospitalise or kill you
(or both).

Thermite can also do either or both very easily if you let it.

Hopefully you are familiar enough of the hazardous natures of boiling water and of steam. In snow-lance volumes steam can produce an invisible jet that can kill and maim.

Having noted the kill-joy stuff, lets get down to it ...

Thermite: Not really.
Apart from being very very hard to ignite, doing so before it is in contact with snow will waste much of its energy and do a good job of melting the small area per mass used where molten iron drops onto.
ie Apart from what fun you may or may not derive, even if you could deliver thermite to the snow surface at or after combustion time it would not be especially useful per mass used.

Alcohol or other sprayed/misted fluids: For fun effects, ignited sprayed alcohol allows easy production of flames many feet long (ask me how I know) and only MAY kill or maim you. Cost per energy imparted is unlikely to be attractive for snow melting per se - use it if at all as an added special effect.

Water & Steam: Sprayed water at near boiling point will be "somewhat effective".

Melting ice or snow AT 0 degrees C takes 334 kJ/kg and
water cooled from boiling point at 100C to 0C liberate about 420 kJ/kg,
so using 1 unit mass of 100C water will melt 1 unit mass of 0C snow with about 30% extra energy available to bring the snow temperature up from slightly below 0C.

For colder snow you will need more mass of water per mass of snow.

If you produce steam at 100C it has about 5 times as much energy (2260 kJ/kg) as if you cool water from 100C - so you can melt about 5 to 6 kg of snow per kg of steam. You do have of course to provide the energy to either heat the water to 100C or to produce steam, and your butane can be used for that purpose.

For something approaching the visual effects you had in mind, a hot water system with enough excess energy to make SOME steam and an alcohol spray with RELIABLE pilot light ignition would give you a steaming flaming melting snow lance. Sounds like fun.

Like many of the other answers given, "this will not", to quote Buttonwood, "answer the part of igniting thermite, but addresses the issue of the snow on the driveway". As this is Chemistry.SE, I feel that a (physical) chemistry answer – rather than just a physical answer – is in order. And that answer is:

N.B. I'll be coming back to this later and adding a comparison of different salts etc.

Not the answer you're looking for? Browse other questions tagged heat or ask your own question.

6
How to determine the vapor pressure of a glycerine and propylene glycol mixture?
0
Can compressed CO2 sprayed onto a hot mass/liquid be an effective means to cool it?
10
What chemicals are used in receipt paper?
1
Which phase is more efficient for temperature changes?
2
Chemical reaction that can produce lots of heat from 2-3 simple liquid ingredients?
10
Why would a ~1 cm thick layer of argon be a significantly poorer conductor of heat than air?
5
Heat transfer through layered wall
8
Can the human body withstand the heat from setting plaster?