I am working on a project that involves the compressors for a vapor compression refrigeration cycle of R717 (ammonia) and came across something that has been boggling my mind a little bit for no good reason. I suspect there is water entering the system and making the compressor work harder than it needs to and thus causing higher energy costs. I was reading an article that stated

Now I remember from thermodynamics that I can use Antoine's equation to determine the vapor pressure of a substance at a given temperature. I have gone to the NIST and obtained coefficients for water and ammonia. Problem is, at -4F, ammonia is a liquid, but water would be a solid. My issue is, how do I calculate the vapor pressure when, at the given temperature, one of the species is a solid? Or is that not a concern, because according to the phase diagram, 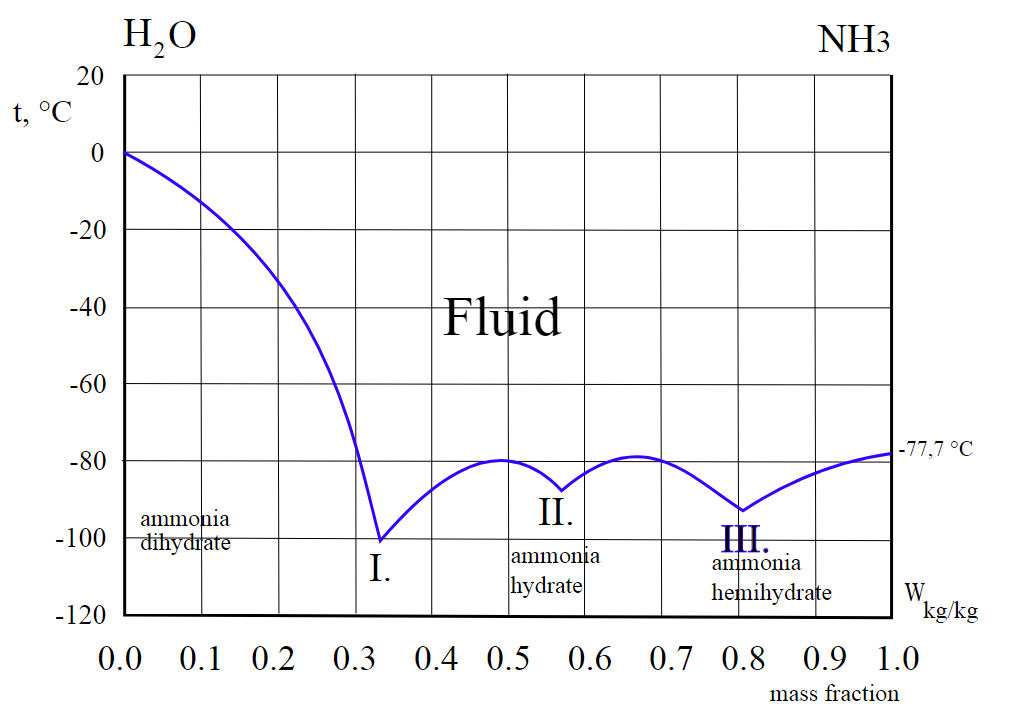 , the solution is a fluid assuming at most 20% water in the solution. If that is the case, the how would vapor pressure be calculated as the antoine's coefficients at only valid for liquid water about 0C? I think I am having a brain fart honestly, but maybe you all could help me out.

Browse other questions tagged thermodynamics aqueous-solution solutions vapor-pressure or ask your own question.