Given a NaI mass calibration in the m/z 300-2000 range on a QTOF instrument as shown below: 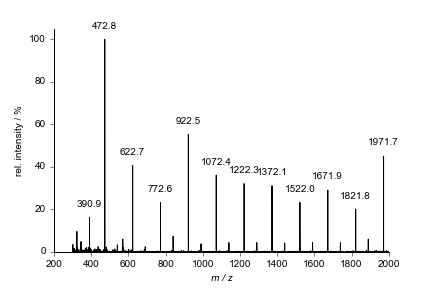 and given any uncalibrated mass spectrum that has been measured with the same instrument settings. What is a general mathematical transformation that calibrates the mass spectrum to the NaI calibration. masses of the NaI clusters are of course known, i.e. 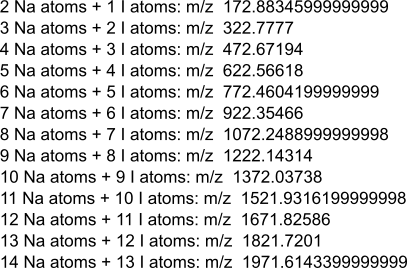 Overall, it seems the masses always deviate by about 0.1 m/z by being always a little bit too high than the reference in this case. 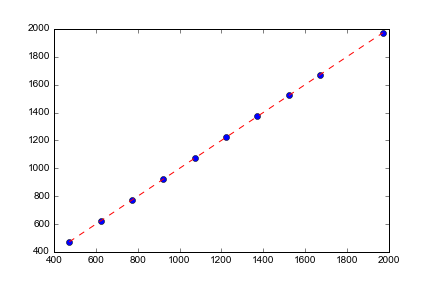 Because the overall mass range is high, while the variations in mass are of course small, this gives the ridiculously high $R^2$ of 0.999999999556.

Now I could just apply this linear function

to uncalibrated mass spectra. Is this simple approach viable? Because it does not take into account that the mass deviation might be different depending on the m/z region. From your experience, is it likely for a QTOF-instrument to show significantly different mass deviations in different mass regions? Would it be better to make a "polygonal chain" and divide the overall mass range in separate regions instead?

Browse other questions tagged analytical-chemistry mass-spectrometry or ask your own question.