Mechanism of Fischer esterification: Does the carboxylic acid gives off OH- or H+?

the reaction mechanism is given here.

Can the mechanism be written as follows instead?

The inorganic acid pushes the equilibrium for the organic acid to the left and it remains undissociated.

Next, as the equilibrium for organic acid is pushed to the right, the bisulfate ion removes the $\ce{H^+}$ from the acid creating a carboxylate ion. This carboxylate ion then reacts with $\ce{R^+}$ ion to form the ester.

In this mechanism, the carboxylic acid donates the $\ce{H^+}$.

I know one can't prove reaction mechanisms to be correct; however, which one the mechanisms given above is more likely to occur?

organic-chemistry reaction-mechanism
Share
Improve this question
edited May 3, 2021 at 21:46

The accepted mechanism is far more likely than your proposed alternate mechanism for a number of reasons.

First, let’s consider an esterification reaction employing a chiral secondary alcohol such as butan-2-ol. Protonation of the alcoholic oxygen is no difficulty and will happen in equilibrium. To generate the corresponding ester from the conjugate acid of butan-2-ol, we would require some nucleophilic attack mechanism: the acid would either attack according to $\mathrm{S_N1}$ or $\mathrm{S_N2}$. If we assume an $\mathrm{S_N2}$-like mechanism, the asymmetric carbon atom would be inverted. If we assume an $\mathrm{S_N1}$ mechanism, it would racemise. Experimental evidence shows, however, that the alcoholic carbon atom strictly retains is stereochemistry — and this principle is used in many total synthesis in which asymmetric alcohols are first generated stereochemically and then transformed into esters of the same stereochemistry. To give you just one of many examples, consider the total synthesis of aetheramide by Gerstmann and Kalesse.[1] 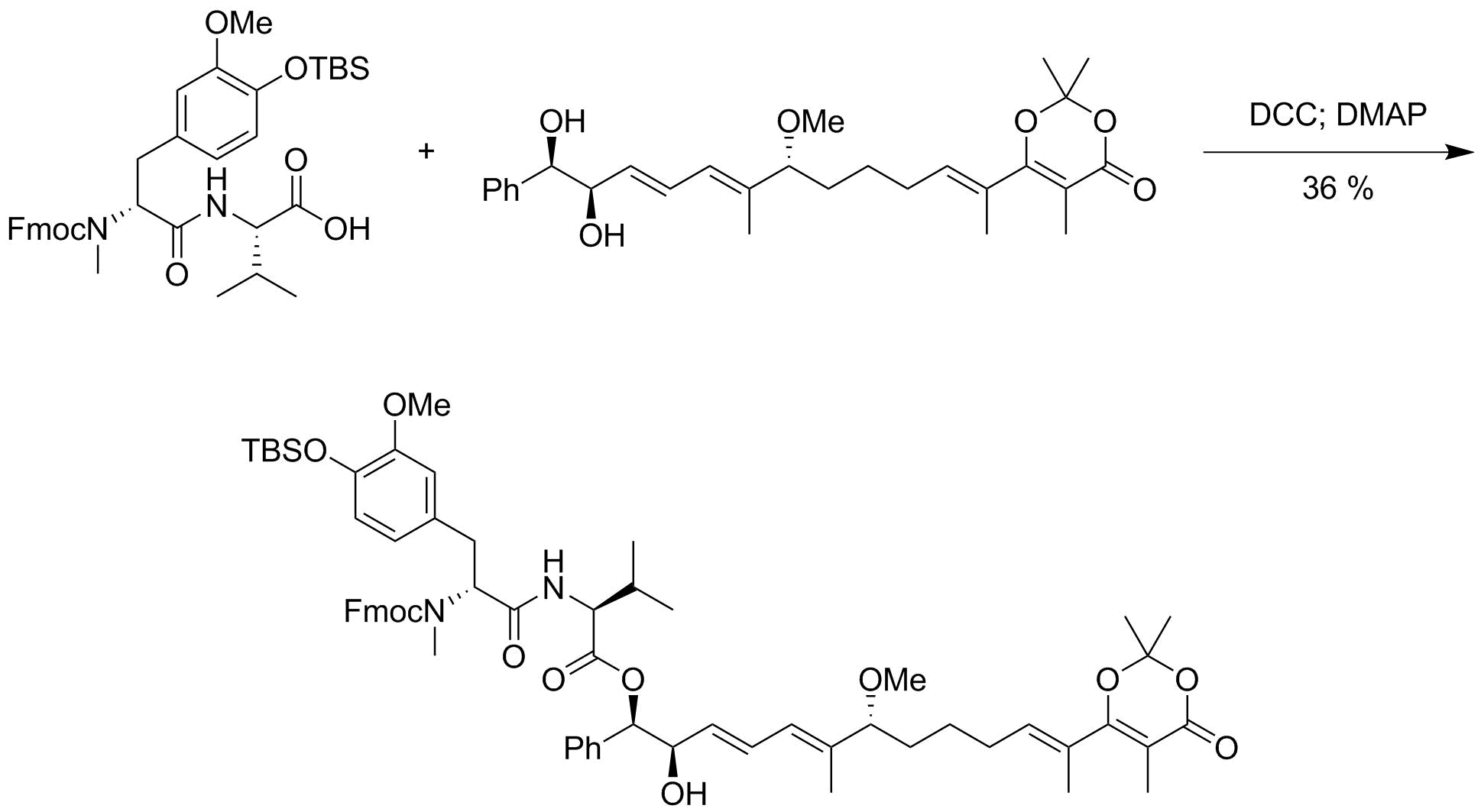 Scheme 2: Esterification performed during the synthesis of aetheramide by Gerstmann and Kalesse.[1]

Second, and immediately tied to the scheme as referenced above, many alternate esterification methods exist in the literature. In principle, they all work by replacing the acidic particle ($\ce{H+}$) of a Fischer esterification with a less reactive and/or more specific compound. Practically all methods — Steglich or Yamaguchi to name just two — work by adding a compound that is known to interact with the carboxylic acid and not as much with alcohols. However, this is only a weak indication since different methods could follow different mechanisms — even though the quantity of the evidence does seem overwhelming.

Third and finally, the acidic hydrolysis of esters — the reverse reaction of the Fischer esterification — has been studied by $\ce{^18 O}$ marked water. Polanyi and Szabo could show that upon hydrolysis the heavy oxygen atom remains bound to the acid fragment and not to the alcohol.[2] This offers intriguing evidence for the mechanism of nucleophilic attacks on a carbonyl group. I had thought that a corresponding isotope-marking experiment had been performed for the Fischer esterification, too. Unfortunately, I was unable to find a reference. Do note, however, that using isotopically marked oxygen on either the acid or the alcohol would, by careful analysis of the product, rule out or confirm one mechanistic pathway.

3
Is this the correct mechanism of the formation of the nitronium (NO2+) ion from sodium nitrate and sulfuric acid?
0
Is the Fischer Esterification mechanism very simplified?
9
What is the actual mechanism of Fenton reaction?
4
Mechanism for the reaction between trisilylamine and hydrogen chloride
11
Why does a proton prefer to attack a double bond instead of protonating an alcohol in a reaction of unsaturated alcohol with sulphuric acid?
3
Mechanism of conversion of Cr from FeCr2O4 (chromite)