Which rings of this heterocyclic compound are aromatic?

I am wondering which of the inner two rings of this compound are aromatic? 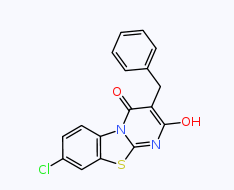 I know the rules for aromaticity. But this case is difficult for me.

Regarding the smaller ring, I guess the sulfur contributes one lone pair of its valence electrons into the system. This means from the nitrogen (in the 5-ring) only one electron is needed for the π-system (with 6 electrons). But this nitrogen atom has only one lone electron pair, thus one of the electrons would not be part of the π-system of the smaller ring. However, this nitrogen atom in the 5 membered ring is also part of the 6-ring and there it could share both of its free electrons to this larger ring. Then the second nitrogen which is only in the 6-membered ring could contribute one electron only to the aromatic system, and thus having a happy free lone pair left.

What do you think of that? Which rules, logic or reasoning can confirm this? And isn't it a problem that the first nitrogen shares one electron with the 5-ring and the two with the 6-ring?

Also, is there software which can predict this reliably? I haven't found anything so far.

I think that all the four rings are aromatic.

If the top nitrogen donates it's pair of electrons to the ring, and oxygen takes it's pair, the three fused rings would have 14 electrons in the rings' peripheral, causing it to be aromatic:

Even the 3D drawings of this molecule confirm it's planarity of the 3 fused rings: 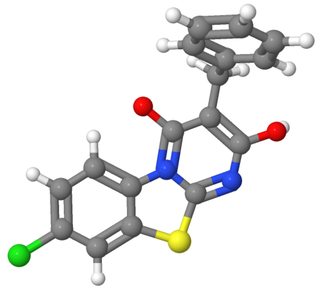 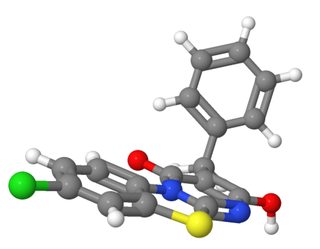 I think we can at least suspect all the rings in the molecule to be aromatic.

Not the answer you're looking for? Browse other questions tagged organic-chemistry aromatic-compounds resonance software heterocyclic-compounds or ask your own question.

2
Aromaticity of 1,1'-bi(cycloprop-2-en-1-ylidene) and 1,4-dioxine
12
Why is the lone pair of pyridine's nitrogen atom not part of the aromatic ring?
9
Is the middle ring of this organic compound aromatic?
3
Under what circumstances can the stereochemistry at nitrogen atom be faithfully retained and identified?
1
Why is aniline more basic than pyrrole?
6
Why is phenyl carbanion aromatic?
0
Effect of substituents on aromatic character