How do I determine which is the reduction reaction in a hydrogen peroxide and potassium permanganate solution? 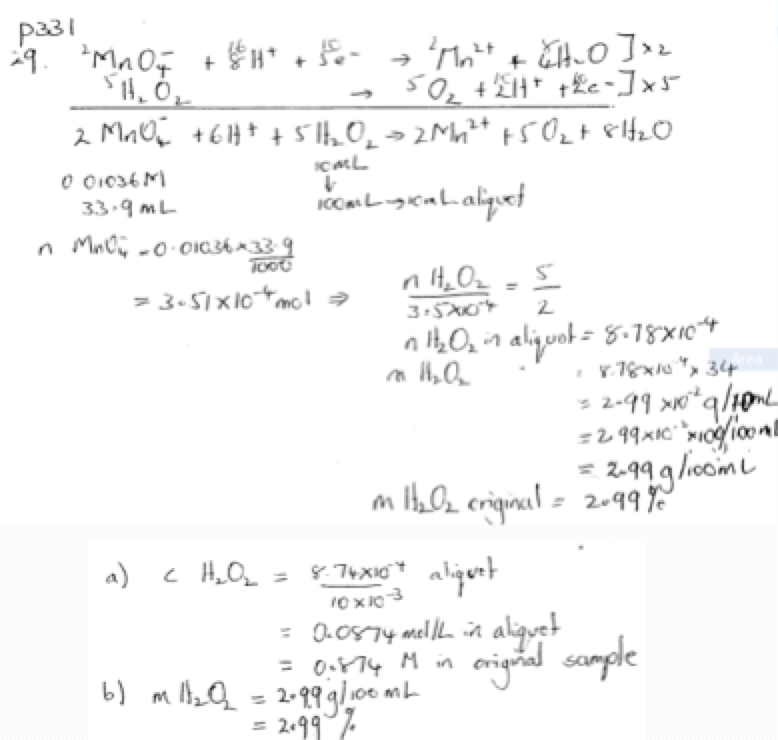 In the case of permanganate, it is in a very oxidised state, +7, and all the other stable oxidation states of manganese are lower (+6, +4, +2...) so it will typically reduce in redox reactions (i.e. it will be an oxidising agent). You can also know this from practical experience if you know that permanganate is used as a general oxidising reagent.

More generally, if you don't know whether a species is reducing or oxidising, try to build a picture of the entire reaction:

1) If you know what species it ends up as, it's easy: you only have to count electrons using standard charge rules. For instance, for MnO4- you know that oxygen atoms have a formal charge of 2-, so the manganese atom is formally Mn(7+); if you know that the product is Mn2+, it is reducing.

3) The trickiest case is when you have two species reacting that, depending on the circumstances, could both act as oxidising or reducing agents (i.e. species that appear at your tables both as reagents and as products). In that case, you have to use the standard reduction potentials to figure out.

About whether to use acidic or basic potentials (the tables with H+ or the tables with OH-), these are all equivalent and you are OK using either (as long as you are consistent!). Their difference in value comes from the water dissociation constant Kw, but if you write the semireactions and adjust the water, you end up with exactly the same results in both cases. If you know that your medium is acidic or basic it's generally a good idea to use the corresponding values (it saves you having to adjust the water), but it will still work as long as you don't mix them up and adjust the reaction (I can't stress that enough).

Not the answer you're looking for? Browse other questions tagged electrochemistry redox titration electrolysis or ask your own question.

7
Determining the redox half-reactions of single displacement reactions
2
What is the ionic equation for reaction of potassium permanganate with potassium iodide?
4
If given a half reaction, how do you determine if an element can exist in a acidic conditions?
5
Why is the reaction between potassium permanganate and hydrogen peroxide spontaneous?
1
Adding Standard Reduction Potentials
1
Determine products of redox-reaction (KMnO4) by Standard electrode potential
0
How to balance this redox reaction taking place in a basic medium?