Is there intramolecular hydrogen bonding in salicylaldehyde?

Is there intramolecular hydrogen bonding between the hydroxyl and carbonyl groups?

I think personally is that it does but what is concerning me is that I have got no adequate answer or response to my suggestion, so if anyone could help on this one, that would be great.

It can indeed hydrogen bond, this can (to a certain extent) be observed by NMR. Due to the internal hydrogen bonding, the phenolic proton is surprisingly consistent, and shows no dependence on concentration. 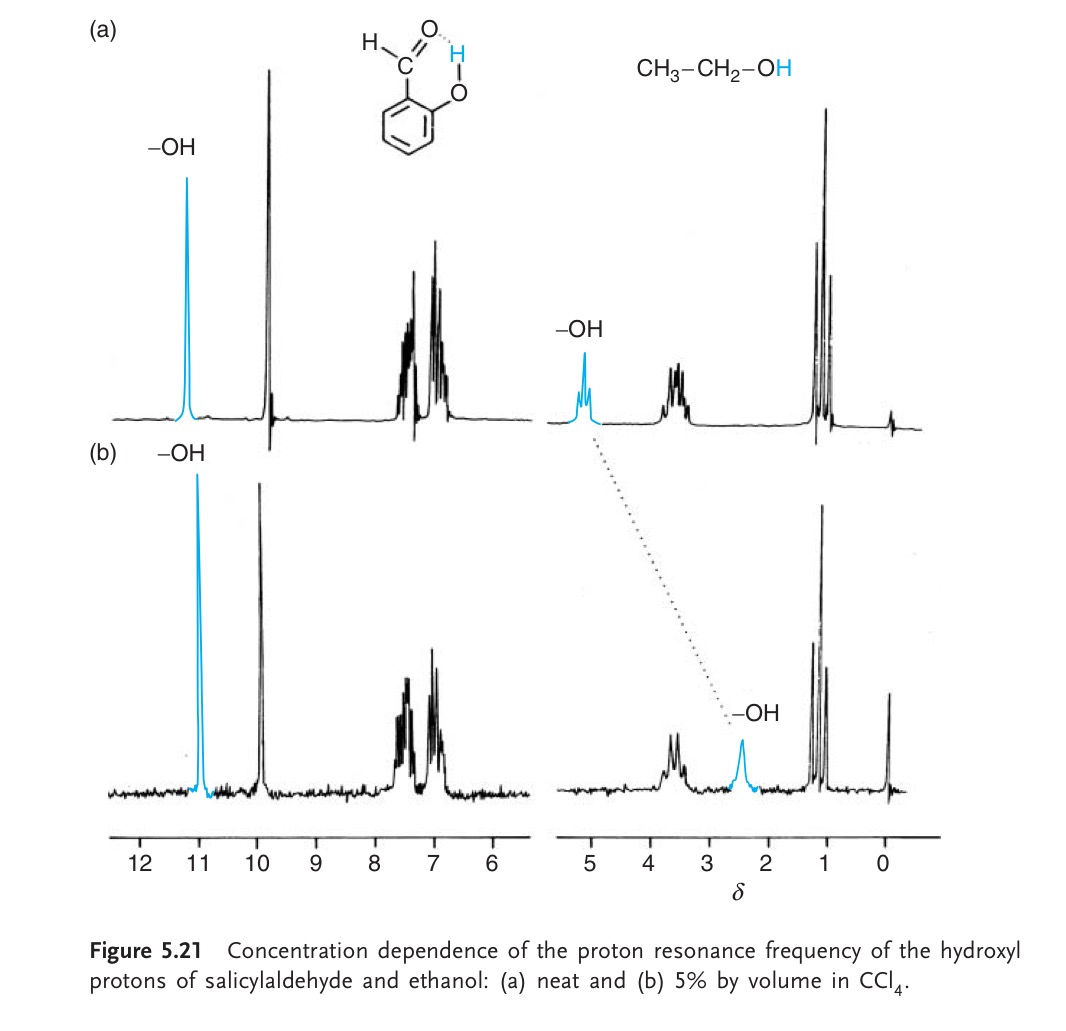 Image reproduced from Basic one- and two-dimensional NMR spectroscopy, Wiley, 2010.

A simpler way to check for the presence of hydrogen bonding is to compare the acidity of salicylide with its para isomer.

Let us assume that there is no hydrogen bonding for the following analysis. The $\ce{-CHO}$ group is an electron withdrawing group ($-M$ effect). The effect of acidity due to mesomeric effect at both ortho and para positions are identical. Therefore, we can ignore the effect of mesomeric effect for our analysis.

If there was no hydrogen bonding, then we should expect the acidity of salicylaldehyde to be higher than its para isomer.

Not the answer you're looking for? Browse other questions tagged organic-chemistry aromatic-compounds carbonyl-compounds hydrogen-bond or ask your own question.

8
What effect does hydrogen bonding have on H NMR spectra?