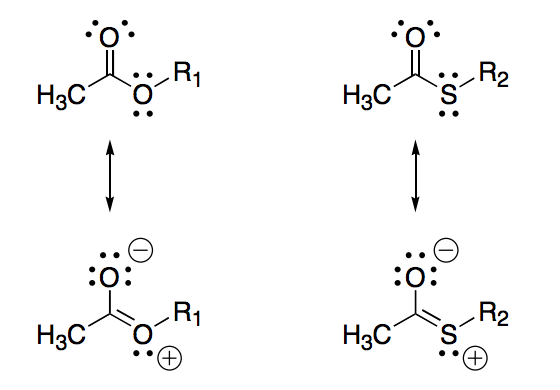 "Although sulfur is less electronegative than oxygen, overlap is a more important consideration. Sulfur is a member of the third period. As a consequence, a sulfur atom is larger than an oxygen atom and the C–S bond is longer than the C–O bond, contributing to poorer overlap."

However, I don't quite understand why a longer bond length would contribute to poor orbital overlap, and how greater overlap contributes to more stability.

Try to understand it in a layman's way, greater the extent of overlap between the atoms, the closer their nucleus will be. The stability of the molecule will thus increase as stability of a molecule is inversely proportional to the bond length of the atoms in the molecule.

However this is applicable only upto some extent like your situation but if the nucleus of two atoms get too close a stronger force which is nuclear force starts acting on them which repels them, it is a very short length force.

There are three factors in determining whether a molecular orbital will form: symmetry, energy, and distance. The orbitals need to be oriented in space in a way that would make them overlap, they need to be close in energy (2pz of atom a and 2pz of atoms b as opposed to 2s of a and 2p of b) and the distance between the nuclei has to be short enough, but not too short to cause repulsion between the positive charges in the respective nuclei. S-C double bond definitely exist however its contribution is small due to the poorer orbital overlap caused by Sulfur's big size that both increased the energy difference and distance between the individual atomic orbitals.

Not the answer you're looking for? Browse other questions tagged organic-chemistry orbitals stability resonance esters or ask your own question.

4
Advantages of thioesters over esters in fatty acid catabolism

13
Competing resonance and inductive effects in a substituted benzene
15
Oxygen or carbon with a positive charge? (comparison of canonical structures)
4
Is there an A value for the carbaldehyde and vinyl groups?
2
Number of resonating structures (hypothetical)
28
Which molecule is more acidic: CHF3 or CHBr3?
14
Explanation of the strength of phosphorus–oxygen bond
5
Why are the acidities of methane and water so different?
3
%s character distribution of phosphorus hybrid orbitals