How exactly are ions in a Mass Spectrometer accelerated?

The acceleration of the freshly generated ions is stepwise (similar to a linear particle accelerator), i.e. the beam of ions is guided an array of electrodes with a small opening in their centre, as schematically depicted below: 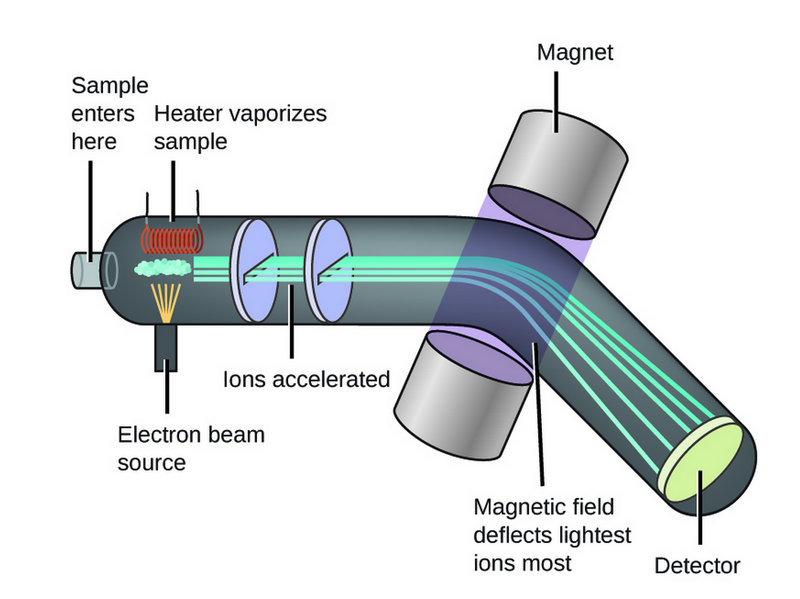 Your question since an ion is attracted to the second plate why doesn't this plate also attract after the ion has passed through it and bring it to a halt.

The ions are initially accelerated by a potential difference, which means there are different voltages between two metal plates separated by some distance. As a result the potential energy present due to the voltage between two plates is converted into kinetic energy of the ion. In energy terms if at the exit plate, leading into the spectrometer, the energy is $E_x=mv_x^2/2$ and initially the ion energy is $E_0=mv_0^2/2$ then $E_x = E_0 +W$ where $W$ is the work term, i.e. the kinetic energy added to the ion. This is $W=\pm qEd$ where q is the ion's charge, E field strength in volts/cm and d the separation of the two plates, i.e the distance over which the acceleration takes place. If W is positive the ion is accelerated, if not decelerated.

Thus you can see that if the potential were symmetrical, for example with three plates of potential +V -V +V through which the ion travels in sequence it would be brought to the same speed as initially at the final plate. But suppose that after the second plate the field ( volts/cm ) is arranged to be very small or even zero then the ion will travel at constant speed (ignoring the effect of gravity) into the rest of the spectrometer.

Not the answer you're looking for? Browse other questions tagged ions energy mass-spectrometry electricity or ask your own question.

1
Does the speed of an ion affect the current that can flow through a solution?
8
Continuous flow mass spectrometer for isotope analysis
1
On Electrochemical Cells and Salt Bridges
13
How is chemical energy stored in carbon
7
What is the difference between a time of flight mass spectrometer and a spectrometer that uses a magnetic field?
2
Software platforms with integration of multi vendor mass spectrometer device data?
4
How energy is released when chemical bond is formed?