I have been studying organic chemistry for years, and I do not remember the spotting double bond represented with crossed lines, except maybe one ore two more times in addition to the following one

which is taken from the Aescin Wikipedia graphics here.

I guess it is a drawing or rendering mistake, or a representation of unspecific E/Z configuration. If the latter is true, where can I find more info on usage of this symbol?

A comment by gilleain leads to GRAPHICAL REPRESENTATION OF STEREOCHEMICAL CONFIGURATION (IUPAC Recommendations 2006). Relevant paragraph is:

There's still missing piece of information about which software and by what means it "requires" this representation.

organic-chemistry molecular-structure structural-formula
Share
Improve this question
edited May 18 '17 at 17:15

It is, for example, used by Marvin JS -- one of the editors in the GUI of Reaxys by Elsevier to query the database for structures, where you do not impose either (E)-, nor (Z)-configuration of the double bond. Below an example if you were looking for both isomers of stilbene: 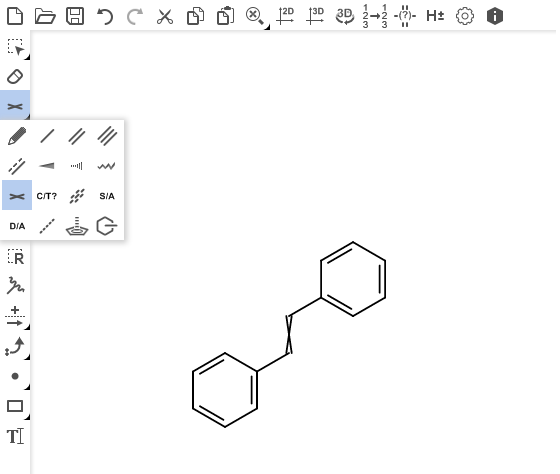 Beside ChemDraw, ChemDoodle's sketcher (here) and PubChem's sketcher are other examples of "some software" equally allowing such a representation, too. I speculate it has something to do how databases (like ISISBase, Beilstein/Reaxys, Scifinder, for example) traditionally store(d) chemical structures and reaction schemes in a machine-readable format.

One may, for example, draw (cis)-stilbene with ChemDoodle "in the standard way" and save it as *.mol format and set this file in comparsion with the result of an undefined double bond with the using the wavy bond towards one of the phenyl rings. In the chemical table, there is no significant difference spot: 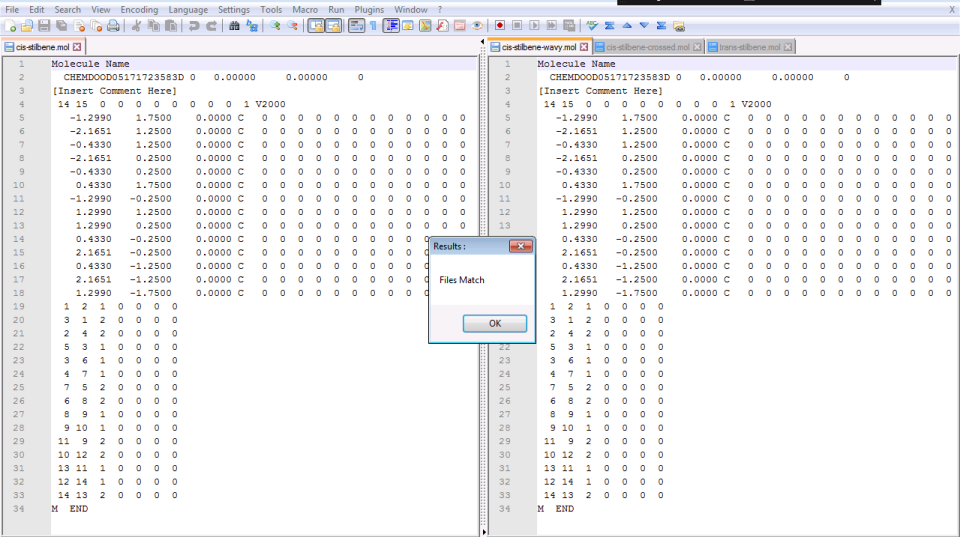 If the "standard (cis) *.mol" file is compared with the one where the double bond is crossed -- as in the OP figure -- there is a difference on line #26 (fourth column now reads a three, instead of a zero), while maintaining the other entries: 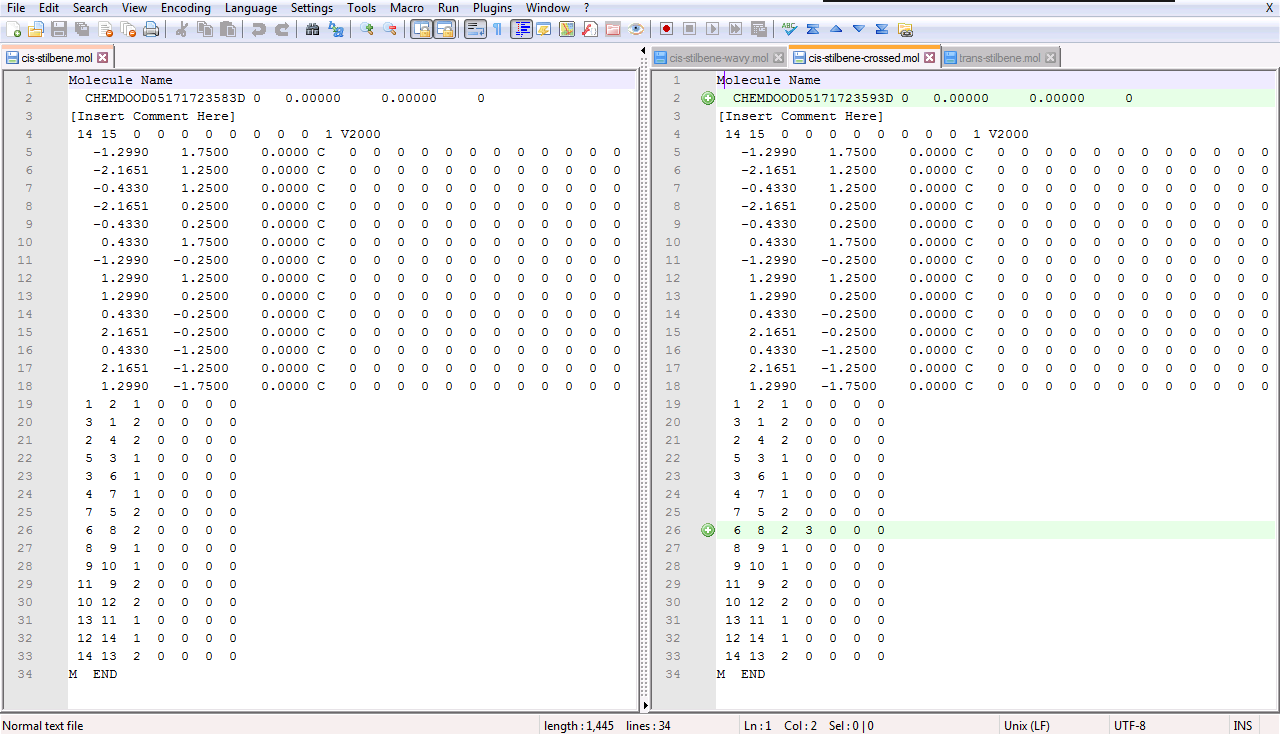 This picture, naturally, differs from the *.mol files of classically specified (cis) and (trans) configuration: 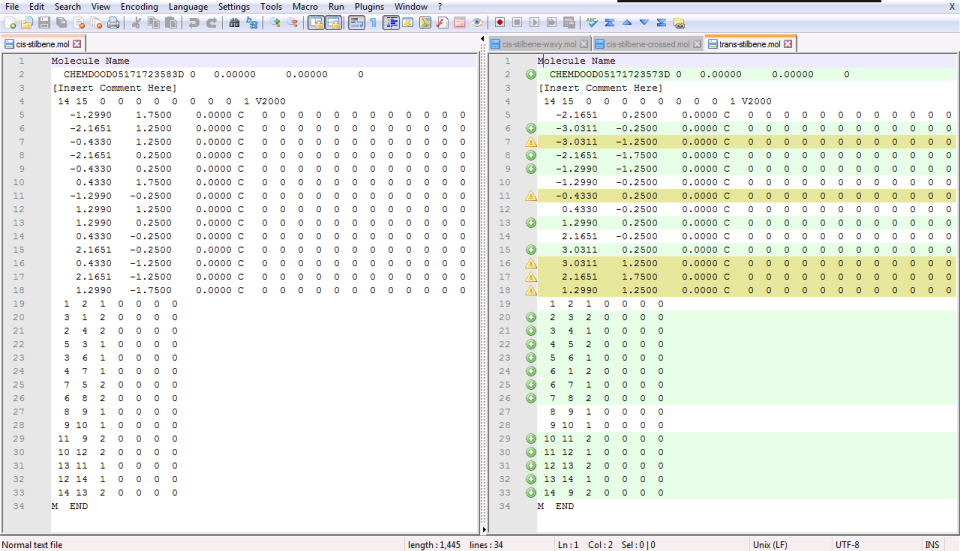 Not the answer you're looking for? Browse other questions tagged organic-chemistry molecular-structure structural-formula or ask your own question.

11
Crossed Cannizzaro products
7
Why doesn't EDTA have a double bond?
31
What are the meanings of dotted and wavy lines in structural formulas?
3
Chair conformation. Wedged lines vs no wedged lines?
16
Structural representation of substituted benzene
7
Handling vectors for double-bond graphics
7
Free API to view 2D representation of Molecules
11
What's the difference between a 'centered' and 'side' double bond on a structural formula?