How do phase transfer catalysts bring anions to organic phase?

Many anions are quite stable in the aqueous phase, but not so much in organic solvents where its necessary to perform some reaction (usually nucleophilic substitutions). I have heard that crown ethers are good phase transfer catalysts that bring ions to the organic phase. 18-crown-6 is used to coordinate to $\ce{K+}$ ions and bring them to organic phases. 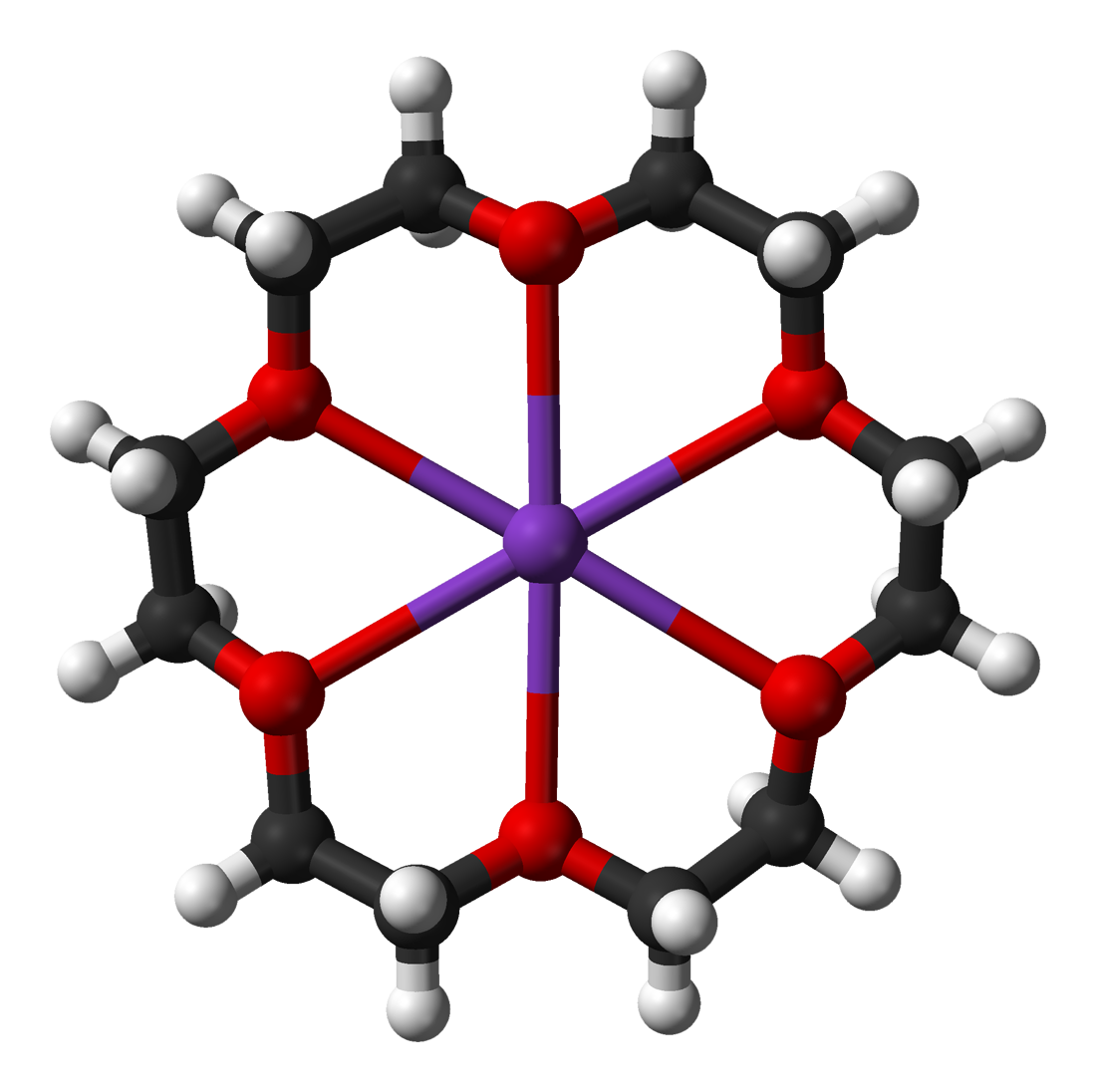 So my question is: How does the phase transfer catalyst ensure migration of anions to the organic phase?

Actually, anions are not unstable in organic phases per se. There is no intrinsic physical property of organic phases that would make anions inherently unstable: the main problem is that most heteroatoms in organic solvents are more electronegative than carbon and therefore carry a slightly negative charge which attracts cations more easily than anions.

Most organic phases are best classified as ionophobe, however. They will not like cations or anions in their vicinity. Remember that organic phases are typically mainly hydrocarbons with the odd heteroatom, so they have a low polarisablility. Water, on the other hand, is a highly polarised dipole and able to stabilise both cations and anions easily with the appropriate side of the water molecule.

Now if we add a phase transfer catalyst to a biphasic mixture of water and an organic solvent — typical examples would be $\ce{Bu4N+ I-}$ or crown ethers — then these will readily transfer themselves into the organic phase. In the case of crown ethers, it is because they are basically already like the organic solvent: a hydrocarbon with a few heteroatoms. Crown ethers can, however, piggyback a coordinated cation at practically no extra cost: the cation is directly solvated by the crown ether’s oxygens. In the case of the tetrabutylammonium cation, the charge of the tetravalent nitrogen is somewhat shielded by the four butyl residues which interact much better with other organic residues than with water.

This means that we have a general positive charge in the organic phase due to the crown-ether solvated cations or tetrabutylammonium cations present in there. This in turn draws anions towards the cationic charge due to electrostatic interactions.

We can now also look at some basic principles explaining London interactions: generally, the more disperse the orbitals of a species are, the easier this species can be polarised and thus the better London interactions can be. Cations are species in which there is an overall deficiency of electrons so orbitals are drawn closer to the nuclei. Anions, on the other hand, have a surplus of electrons, meaning that these will repel each other more and orbitals will be more diffuse. Compare neutral atom radii to ionic radii to confirm this. The more diffuse anions will therefore have an easier time forming London interactions with the hydrocarbon solvent than the less diffuse cations.

Thus, in summary, one typically needs the ion pair to cross the phase boundary. An anion might transfer by itself but the cation needs help; thankfully, cations can be transferred easily with crown ethers or tetrabutylammonium compounds because these are more able to interact well with the solvent.

Traditionally, this problem is solved with the use of a mutual solvent. We can possibly use a solvent in which both reactants have appreciable solubility in. This mutual solvent would then be the phase in which the reaction takes place in. An example of such a solvent is ethanol, which has both a hydrophilic hydroxyl group and a lipophilic ethyl group.

Phase transfer catalysis (PTC) offers another solution to this heterogeneity problem. Starks (1970) provides a good example to allow us to understand its working principle.

Consider a nucleophilic displacement reaction between 1-bromooctane and aqueous sodium cyanide. With a stirred heterogeneous mixture of the two reactants in separate phases, the only reaction is hydrolysis of $\ce {NaCN}$ to sodium formate after $\ce {2}$ weeks at $\ce {100}$ $^{\circ}$$\ce {C}$.

The use of a phase transfer catalyst helps to facilitate this nucleophilic displacement reaction. Reaction is brought about by the use of small quantities of an agent which transfers one reactant across the interface into the other phase so that reaction can proceed. The phase-transfer agent is not consumed but performs the transport function repeatedly. Thus, in the cyanide displacement on 1-bromooctane, a phase transfer catalyst may either transport the alkyl bromide into the aqueous phase for reaction, or transport cyanide ion into the organic phase. Organic-soluble quaternary ammonium or phosphonium cations, $\ce {Q+}$, were found to be excellent agents for the transport of anions from aqueous phase to an organic phase. Catalysis of the cyanide displacement on 1-bromooctane by quaternary salt is represented in eq 1. In this way a little organic soluble quaternary salt dramatically increases the displacement reaction rate.

The above image illustrates the general mechanism by which PTCs work. It primarily involves anion exchange and ion-pair migration.

Not the answer you're looking for? Browse other questions tagged organic-chemistry solutions ions phase ethers or ask your own question.

1
Are Organic Solvents used in Addition Reactions catalysts?
1
Heat Transfer during Phase Change
25
Explanation for the trends in nucleophilicity—Orbital interactions or electrostatic attraction
3
The intrinsic electron-withdrawing nature of alkyl groups
1
Three Phases in TFM test instead of two