Is dipole moment a vector?

Isn't it a misconception to assume that dipole moments are similar to vectors in their behavior? My reasons are as follows: 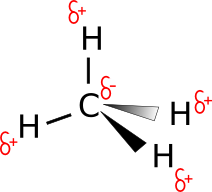 Clearly, the hydrogen atoms pushing their electrons into the more electronegative carbon only enforce the effects of each other. But, we assume for no particular reason that dipole moments must behave like vectors. We then go on to add the vectors and finally decide that the net dipole moment is $0$. Why?

Ah, but there is a reason. Consider the interaction of a molecule with the scalar potential

where the integral over all space is turned into an expansion:

Now to identify some terms. $\phi^{[0]} = 1$, so $Q^{[0]}\phi^{[0]} = E_0$, the interaction-free or field-free energy. $\mathbf{E}^{[n]}$ is the internal electric field or electrostatic potential generated by the atoms to the $n$th total order, and the part that would be the derivative term in a Taylor expansion is the set of electric multipole moments:

The first-order term is the (electric) dipole moment:

The second-order term is the (electric) quadrupole moment:

Convert the continuous electric dipole integral back into a finite sum by discretizing all space into atomic positions and representing the interaction of the electrostatic potential at zero strength with the atomic density as the atomic charge:

which can be seen as a vector of length 3 from the reduction $r_{ia} \rightarrow \vec{r}_{a}$. The quadrupole moment can be seen as a matrix describing the non-uniformity of the internal electric field, or its gradient.

The dipole moment is a concept "introduced" by us in only two ways that come to mind. The first is that the electric field interaction is truncated to first order in the summation, which is mathematically inexact, even if higher-order moments happen to be zero. Nature includes this interaction to infinite order. Related to the first point, take a molecular sample and apply a single, uniform, finite electric field to it. The above answer deals with a system's permanent or internal moments, but one can also consider the dependence of the energy on an external electric field

I've been rather sloppy, but this is another way of writing the first derivation, except we are using external applied fields $\{\mathbf{F}\}$ rather than the internal fields $\{\mathbf{E}\}$. For a single applied electric field, only up to the first term $\mathbf{E}^{(1)}(\mathbf{0})$ survives, which is the induced electric dipole moment. I bring this up because assuming the applied field is strong enough that the induced dipole is stronger than the permanent dipole, the total electron distribution will most likely move uniformly or linearly with the field direction, so it makes physical sense to consider just the dipole (up to a point). (Unrelated, $-\mathbf{E}^{(2)}$ is the molecular polarizability $\alpha$.)

I would also say the above shows that we don't define the dipole moment as a vector, it appears naturally that way from mathematics. I also wouldn't call these "thought inventions".

Not the answer you're looking for? Browse other questions tagged physical-chemistry theoretical-chemistry dipole or ask your own question.

20
How to calculate molecular dipole moment from a known wavefunction?
-1
What is the meaning of moment in Dipole moment

17
Conflict Between Organic and Physical Chemists--explaining the intensities of IR absorptions
4
What are dipole moments in a molecule supposed to act upon?
5
Chemical bonding and dipole moment
4
The meaning of permanent dipole moment