How do I calculate weight/number average relative molecular mass for polymers?

I have to estimate the weight/number average relative molecular mass of following diagram: 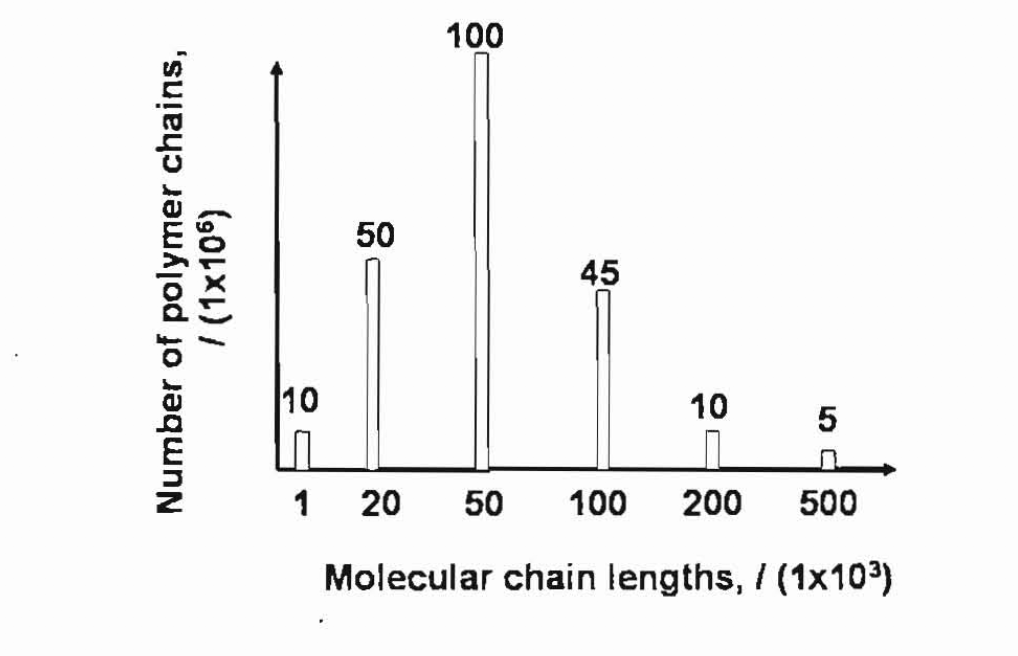 I know the equations:

I just can't interpret the diagram. Do I use the chain length as mass of the individual polymer?

Is this alright? I really appreciate any help.

They perhaps want you to make the calculations relatively, which means that even if you assume by looking at the first graph that the mass of the molecular chain length of $1$ (taken relatively and not as per scale) is $x$ units and thus, the mass of $10$ (again, taken relatively and not as per scale) such chains add up to $10x$ units and finally calculate $M_n$ to be $\approx 68.2273x$ it isn't helping us to get a meaningful answer.

A thing that should be noted is that even if you calculate it by following my example, when you'll finally calculate $\displaystyle \frac{M_w}{M_n}$ which (perhaps) the questioner wants you to calculate it won't make difference because this result is independent of $x$.

It appears that the questioner hasn't explicitly stated the mass of a polymer chain or that of the monomer units. They even haven't stated that all the polymers are considered identical with respect; it is highly probable that they want you to assume these things so as not to make things overly complicated.

Not the answer you're looking for? Browse other questions tagged polymers materials or ask your own question.