I have a difficulty in appointing cis trans isomer to an Alkene compound .

I have looked it up and drawn out a few - 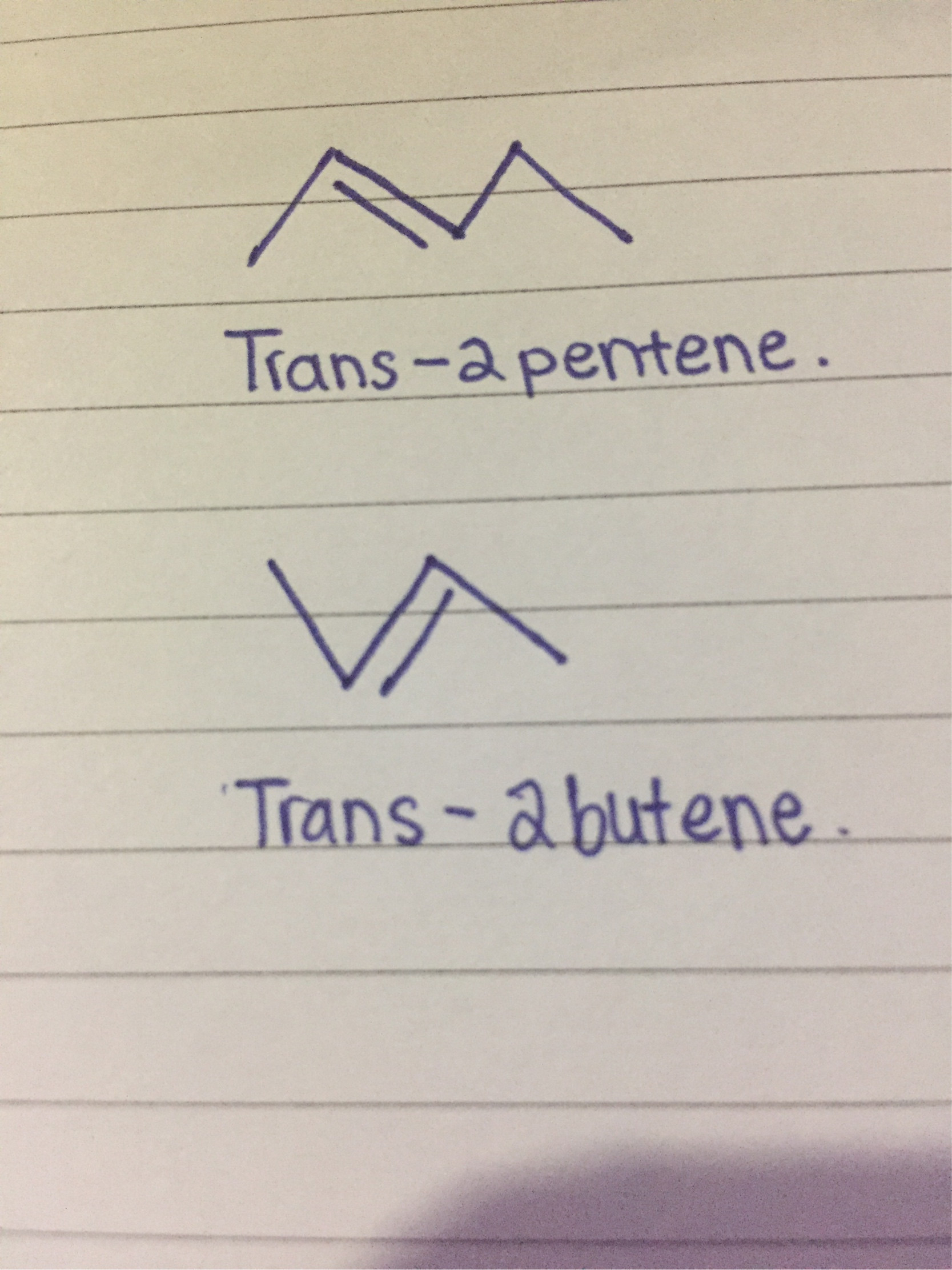 Which "point" should I look at to understand in order to allocate cis and trans ? I know it's between the first and last line . Thanks!

For future reference -- taking into account the third picture shown by you -- cis and trans may be ambiguous; and triple and quadruple substituted double bonds' configuration are described only with E- or Z-configuration (cf. here). Eventually, as correctly pointed by @Zhe, in your last example, the double bond is neither E-, nor Z-configurated.

22
Are geminal disubstituted alkenes more stable than their cis/trans isomers?
2
How can you predict relative Rf values of cis-trans isomers in thin layer chromatography?
12
Converting a cis-alkene to trans-alkene
2
Number of stereoisomers of 3-ethylpent-1-ene-1,4-diol
0
Which isomers of C6H4(OH)2 has a higher melting point?why?
1
How to determine which reagent to use H2; lindlar catalyst vs Na;NH3(l)?
3
How did they assign absolute configuration to these cis and trans 2-methylcyclohexanols?
3
cis- and trans-isomers in equilibrium