Question: What would the "cage-like" arrangement of Formazine molecules look like in a Formazine particle while it is still suspended in water? Would it be totally random, or have some kind of imperfect but recognizable regularity?

Formazine is used as an easily defined and prepared calibration or reference standard for turbidity measurements. 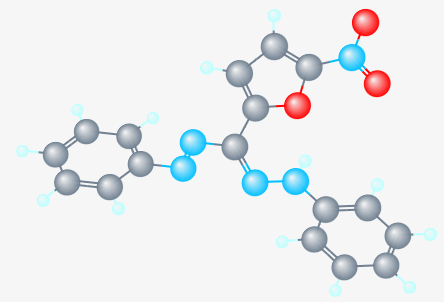 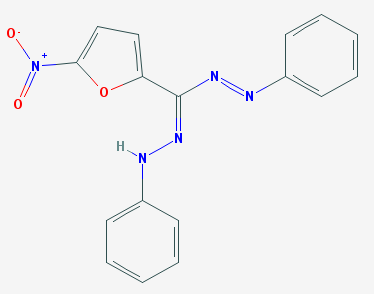 above x2: Formazine from PubChem.

Formazine (formazin) is a heterocyclic polymer produced by reacting hexamethylenetetramine with hydrazine sulfate.

The readings shown by turbidimeters are not scaled in the measured light intensity, but in concentration of a reference suspension. Because the accuracy of this calibration solution determines the reliability of subsequent turbidity measurements, it is of crucial importance.

The internationally established turbidity standard for calibration is formazine. This standard can be reproduced at any time with the recipe taken from standard ISO 7027 (Water quality - Determination of turbidity). 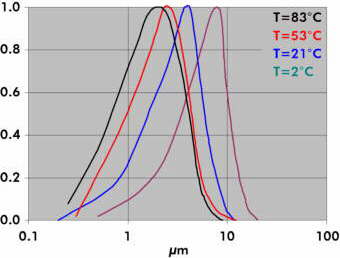 above: "Particle size distributions of formazine at various preparation temperatures" from here. 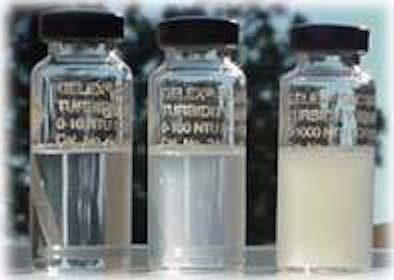 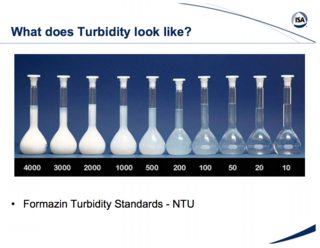 Hexamethylenetetramine (urotropine, $\ce{(CH2)6N4}$) can be prepared from formaldehyde and ammonia. In water it also somewhat decomposes to its precursors:

Formazin (also called formalazine) structure might be still unknown, as a related publication from 1976 states:[1]

… This substance, an insoluble condensation product of uncertain composition, is prepared by mixing solutions of hexamethylenetetramine and hydrazine sulfate. …

It was (with several other structures, less nice or likely), hypothesized (well, rather more complicated, with some ether linkages $\ce{-CH2-O-CH2\bond{-}}$ and $\ce{-NH\bond{-}}$ groups present), based on spectroscopic studies.[5,6]

5
How long can poly(ethylene oxide) molecules be?
8
How many molecules are there typically in items made of plastics?
3
Are there any other (meta)stable oxygen molecules beyond O3?
1
How does an additive like aluminum oxide make a material like polyurethane harder/more resistant to wear?
0
Why are there 3N-6 degrees of freedom in molecules?
16
Are there molecules that take the shape of every platonic solid?
3
Other molecules like fullerenes?
7
Are all stable Xenes (graphene-like 2D honeycomb sheets) buckled?