I am confused with this particular problem.

I began the problem with a mechanism as following. In the beginning $\ce{H+} $ protonates the alcohol and leaves as $\ce{H_2O}$. Then everything is about carbocation rearrangement. 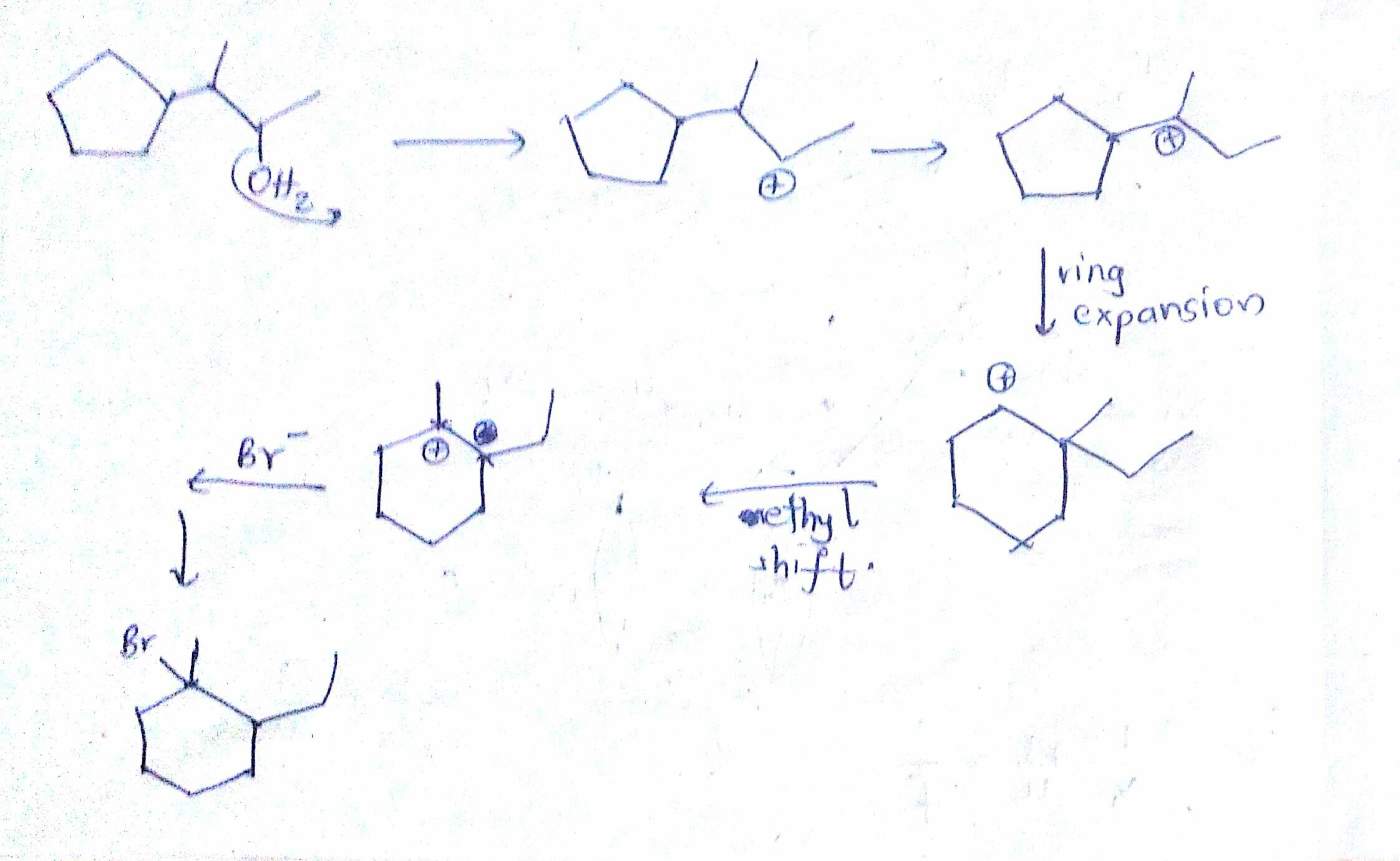 But then my professor gave out a different answer saying that ring expansion doesn't happen. 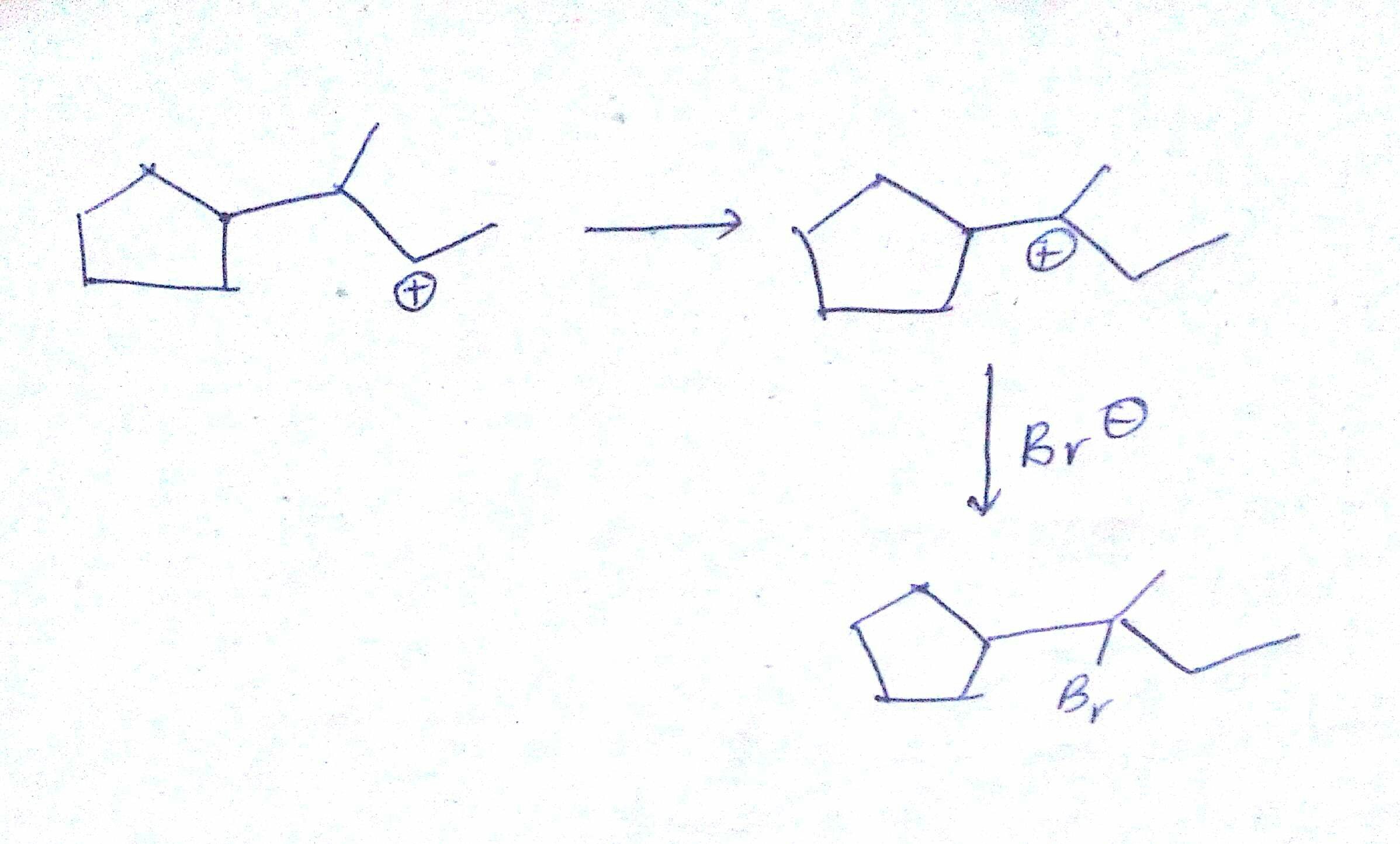 Why doesn't ring expansion take place? Isn't a six-membered ring more stable than a five-membered ring? I am not sure where I am making the mistake.

Your proposed mechanism involves a ring expansion from cyclopentane to cyclohexane. This gives very little driving force in terms of relieving strain in the system. Cyclopentane, in a twisted or "envelope" conformation, has some angle strain ($102-106^o$ vs $109.5^o$ $^{ref~1}$) and it does also has some torsional strain down some of its bonds.

This is mostly alleviated by the move to cyclohexane, if it is in a full chair conformation, but the stabilization of the system is minimal ($25-29kJmol^{-1} $ $^{ref~2}$). Here is a link to a question that deals with ring strain and the calculation of it from $\Delta H$ of combustion.

Along with this, your mechanism proposes this ring opening involving an alkyl shift that moves the carbocation from tertiary to secondary. This involves a destabilizing of the cation due to the reduced hyperconjugation (and inductive effect). Studies have shown that a secondary carbocation is around $67-75kJmol^{-1} $less stable than a tertiary, for simple substituents (and in the gas phase$^{ref~3}$).

In total, the ring opening from a five to six-membered ring in your mechanism does not result in an overall increase in stability. Hence why the second mechanism is suggested to happen instead.

15
Heats of combustion and stability of rings