I don't understand this statement written in my textbook about the polarising power of cations: 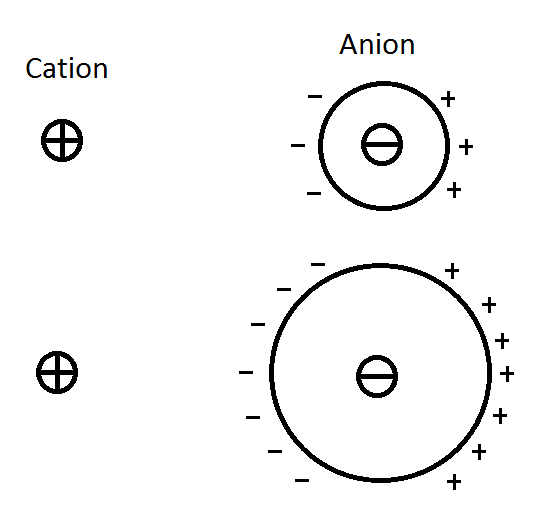 Considering the example of NaCl and CuCl: In NaCl, the electrons effectively shield (or screen the outermost electron from the attraction of nucleus) or one can say the shielding is $100\%$. Whereas in case of CuCl, there are 10 3d electrons present which ineffectively shields the nucleus, so the value of screening decreases. The increasing order of shielding: s>p>d>f

Not the answer you're looking for? Browse other questions tagged inorganic-chemistry physical-chemistry ionic-compounds covalent-compounds or ask your own question.

13
Why does screening effect decrease due to d-orbital?
0
Polarisation of electron clouds by partially positively-charged hydrogen atoms

9
Why do metals tend to lose electrons, as opposed to maintaining electric neutrality?
1
Calculating valence of oxides
0
Explain why the noble gas Kr does follow the general trend for covalent radii
15
Why are copper salts less soluble than zinc salts?
1
charge density as a measure of lattice enthalpy & polarizing power?