The nature of a PN junction - Whats preventing full 'diffusion' of electrons? 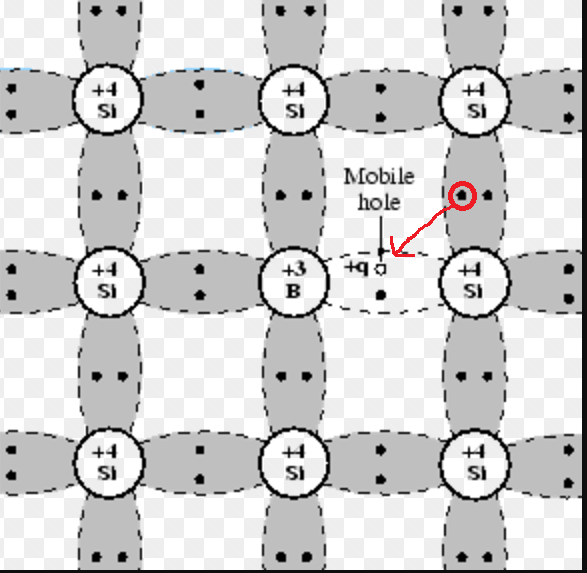 Can the following electron take up 'hole'? If so, this question is sort of leading onto a bigger question about PN junctions.

What is preventing the electron in the ion from moving to the next hole?

Is it to do with the strength of the covalent bond being stronger than that of the more positive charge in the hole?

Edit: What I'm trying to understand is why can't the extra electron in the negative boron ion, take up the holes to the left of it in the P (where I've drawn the red arrow in the 2nd diagram). Shouldn't that then allow another conducting electron to take up the hole in the positive ion? And can't this process keep happening till it's fully diffused? I'm still learning all this, this question is more out of curiosity.

When you dope a pure semiconductor like silicon with boron, a few silicon atoms are replaced with boron atoms. Boron, being a trivalent impurity, can only form 3 bonds with the nearby silicon atoms, but what about the fourth bond? A vacancy for an electron is created over there, and is called a hole. 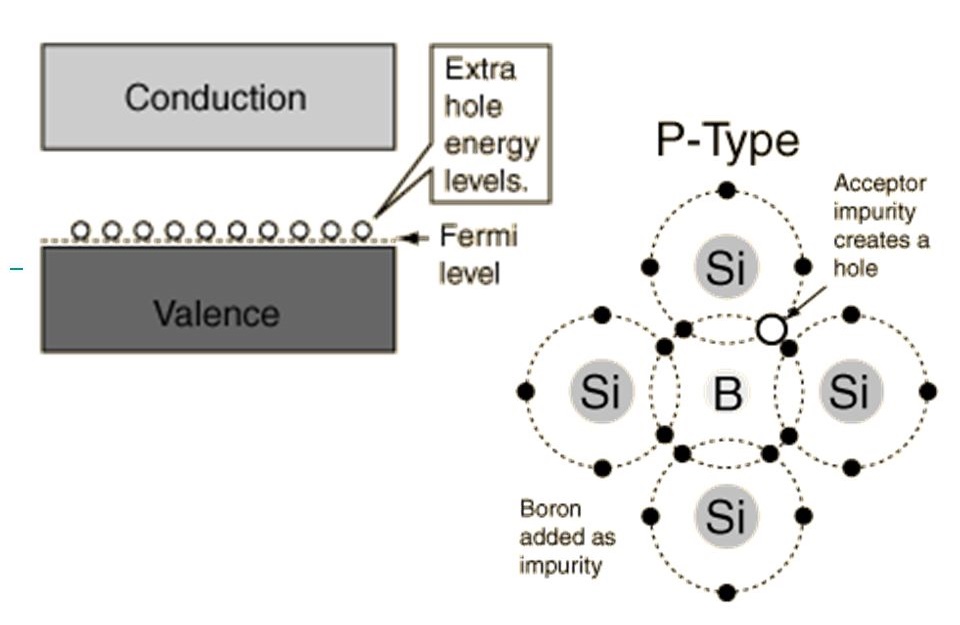 This hole isn't going to stay there. The energy of the acceptor impurity atom (and of the hole) is often so close to the energy level of the valence electrons, that a nearby valence electron can fill up that hole, and move the hole to the initial location of the nearby electron. See this picture that shows holes moving: 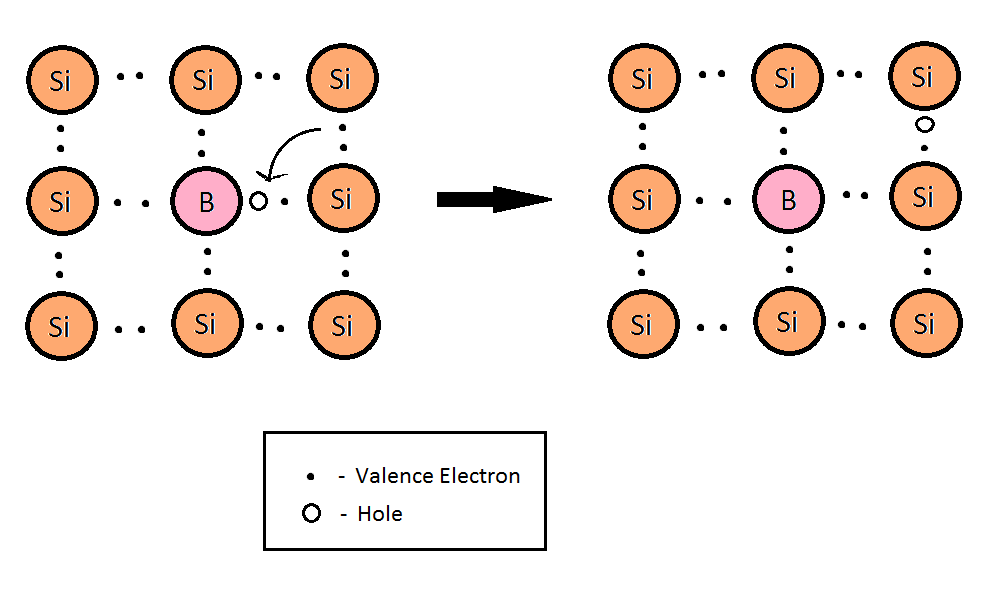 As a follow up, a p-n junction consists of two semiconductor wafers pasted on each other, one being of n-type, and the other of p-type. It would look something like this:

The conduction electrons, as you have pointed out, do have a tendency to migrate to the p-side, and will fill up the holes. By doing so, these electrons move from the conduction band on the n-side, to the valence band on the p-side. This movement, however, makes the p-side negatively charged, and the n-side positively charged. An electric field develops in between, which opposes this natural migration of electrons. Ultimately, a field forms strong enough to block all the electrons trying to cross the junction. The potential difference between the junction is called barrier potential, which is about 0.7V for silicon, and 0.3V for germanium.

Not the answer you're looking for? Browse other questions tagged electrons covalent-compounds or ask your own question.

2
How many valence electrons does the azide ion have?
1
Comparing the nature of ionic compounds
10
Is the d-block ever part of the valence electrons?
0
How do lone electrons impact the charge of an ion?
1
How many d-electrons are in the outer shell of metals like Cadmium (this is counting the 4d electrons)?
2
Spiralling of electrons into the nucleus
6
Energy of electrons in the same subshell
1
Why does covalent nature in ionic solids increase the lattice energy?