Difference in the acidity of ethanoic and methanoic acid

Peter Sykes attributes the difference in their acidity to differential solvation. 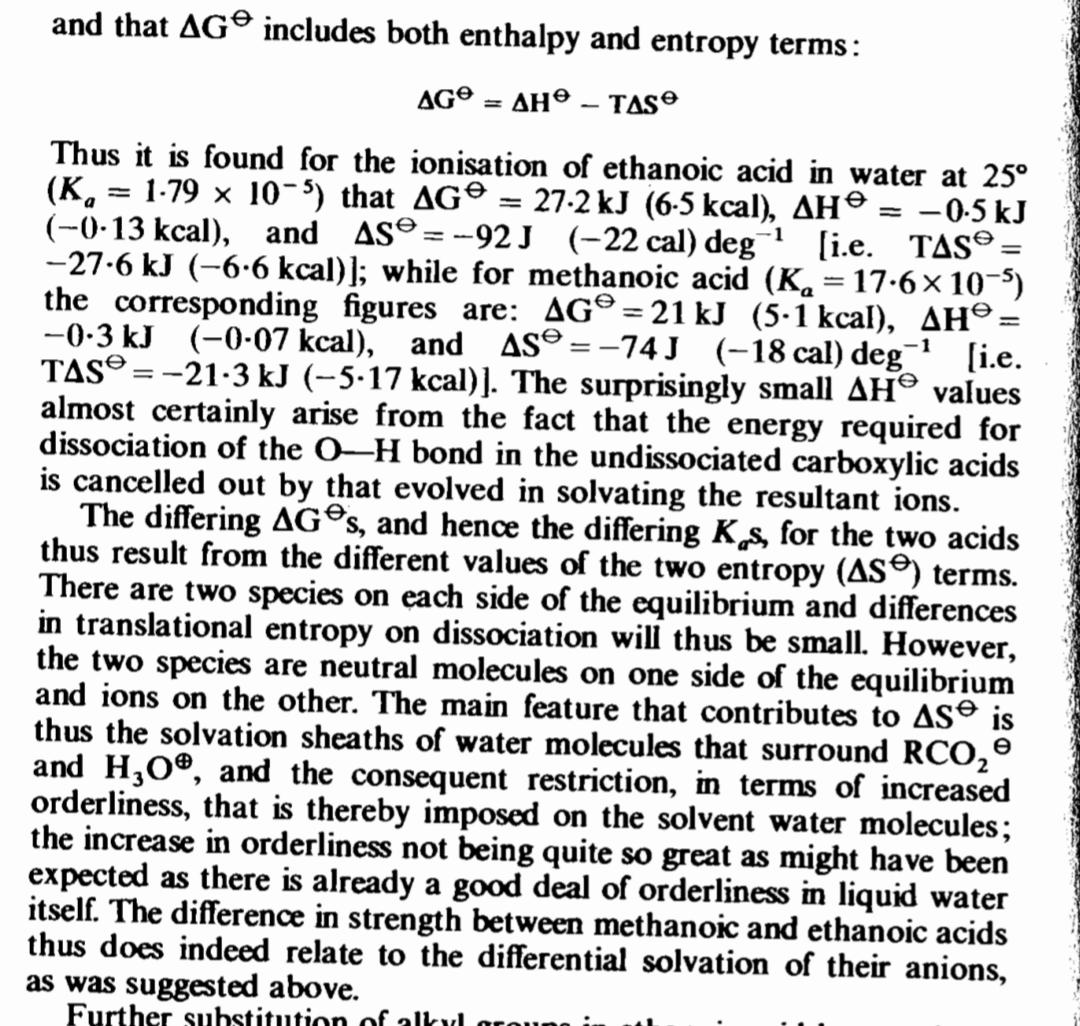 From what I understand, there is not much difference in how well the ions are solvated, since the Delta H is comparable, however, the change in entropy is much greater for ethanoic acid but I don't understand why?

What an interesting way of looking at acidity! How I would look at it would be the more standard way which is to compare the stability of their conjugate bases...

The ethanoate ion has an methyl group, which is electron-donating, donating electron density towards the oxygens, concentrating the negative charge. This makes it a more unstable conjugate base.

In stark contrast, the methanoate ion, does not have the electron donating group and thus, does not have such a high concentration of negative charge. This makes it the more stable conjugate base.

The explanation proposed can also explain the differential solvation of the two carboxylic acids...

With a higher charge density, ethanoic acid would form a more "ordered" hydration shell as the electrostatic attraction between the water molecules and the negative charge is greater.

With a lower charge density, methanoic acid would form a less "ordered" hydration shell as the electrostatic attraction between the water molecules and the negative charge is not as great.

25
Why is acetic acid more acidic than phenol?
10
Inductive vs resonance effects and the acidity of phenol
16
Failed synthesis of aspirin due to excess sulfuric acid
1
Relation between acidity and reactivity?
6
Relative acidity of p-chlorobenzoic acid and p-flurobenzoic acid
28
Explanation for the trends in nucleophilicity—Orbital interactions or electrostatic attraction
6
Nitrosonium ion in the nitration of phenols
1
Confusions about inductive effect and acid strength