How does one properly do this alkali melt? (Pfleger's indigo synthesis)

TL;DR: Needing advice on the best procedure (e.g., preparation of reagents, and the order of addition) for an alkali melt/fusion used in Pfleger's indigo synthesis.

I need some advice on how to carry out the alkali fusion/melt step in Pfleger's industrial synthesis of indigo. SciFinder comes up with nothing but vaguely-worded patents and two horrible documents.

I would love to find a recently-written procedure on how it is made industrially (e.g., indigo for jeans, or however it would be made when ordering it from Sigma-Aldrich), but I can't find anything like that. All original documents (e.g., Pfleger's patent) lack important details.

This scheme (#3) outlines the synthesis that is used industrially; a melt of NaOH, KOH, and NaNH2 forms indoxyl out of phenylglycine, which then spontaneously (in the presence of oxygen) oxidatively couples using a radical mechanism to form indigo. The part that I'm having trouble with is finding a good procedure on how to do the melt.

I've seen arrow-pushing mechanisms that show NaNH2 being used for either deprotonation or for imine formation (depending on the literature source), while another source says that it's merely a dehydrating agent, Le Châteliering the reaction forward.

Since I don't want to waste my NaNH2 by having it react with water, I figured that I should dehydrate my NaOH and KOH first. So far, I have ground NaOH and KOH together and brought the temperature up to about 200 °C, at which point they become a liquid. Putting this on a vacuum, I see a fair amount of water come off, and when I remove the vacuum, the mix solidifies (but is still soft, probably because I haven't removed all of the water).

I'm assuming that I would then add the sodium/potassium salt of phenylglycine, then the NaNH2. In the Nigerian papers, they simply grind 5:5:1 NaOH, KOH, and NaNH2 (seemingly in open air), then add nitrobenzene and reflux. I'm leery about grinding NaNH2 in open air (safety guidelines suggest grinding it under a hydrocarbon solvent, though perhaps I'm being overly cautious?), and I'd expect that the NaNH2 would react with the water in the NaOH and KOH.

Assuming that nobody has a good literature procedure for this, I'm hoping to get some guidance on things like preparation of reagents, and the order of addition. I'm also interested in any other advice that anyone may have.

organic-chemistry synthesis
Share
Improve this question
edited May 25 '19 at 6:40

On academia, I found a reading of Industrial Dyes: Chemistry, Properties, Applications by Wiley (2003) that on first view sheds some light on the processes and chemistry. Looks like an interesting secondary reference, rather than a Organic Synthesis. I took some screen photos from there 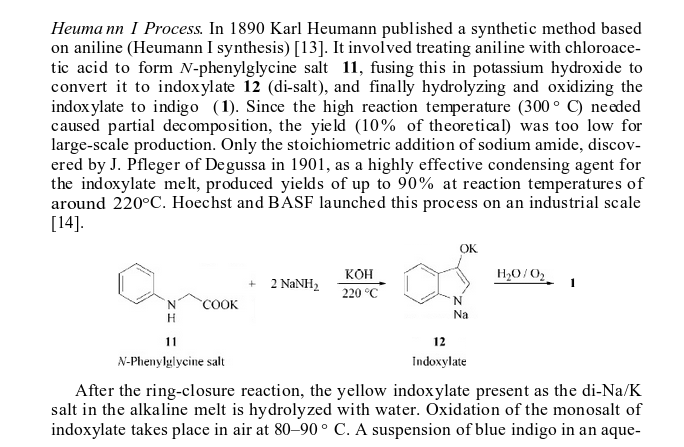 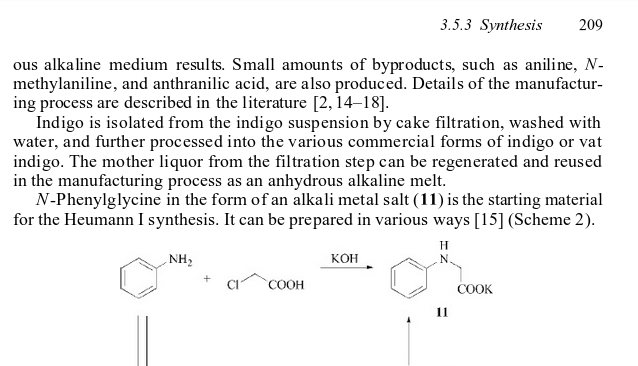 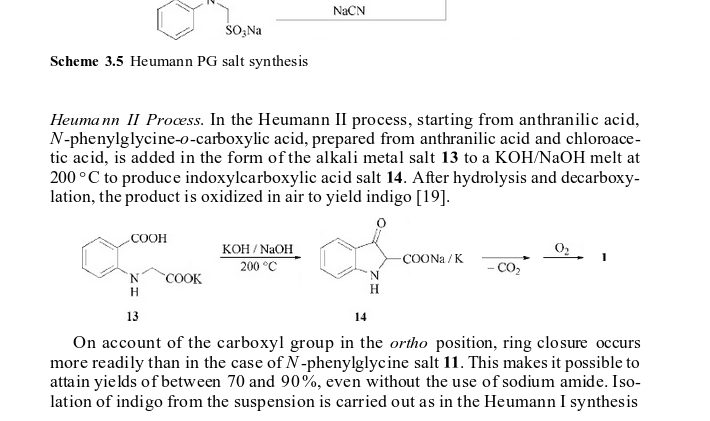 however, the concluding bibliography may turn out sour 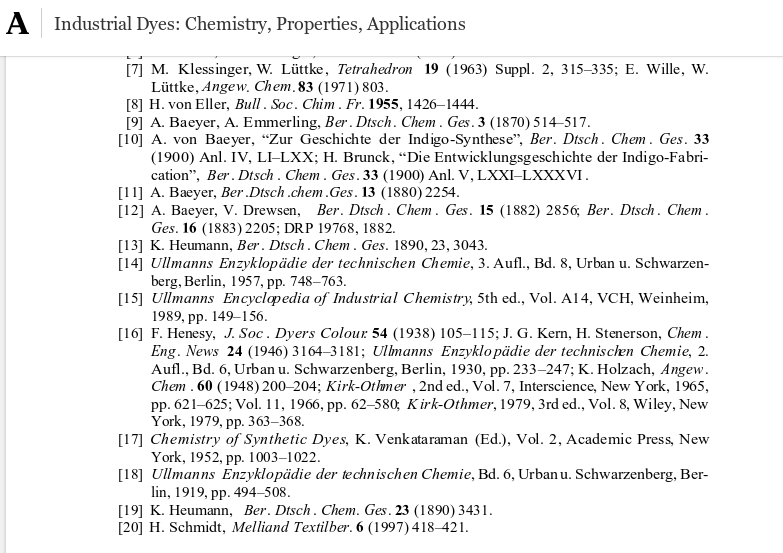 as many of these references are likely only in German.

Perhaps one may trace either in these, or more recent work (than 1890) citing them provide a more detailed procedure.

Addition: On archive, I found a "medium old" book about dye chemistry by Fierz, initially published in 1949, that comes pretty close to your intended alkaline melt; except omitting sodium amide: 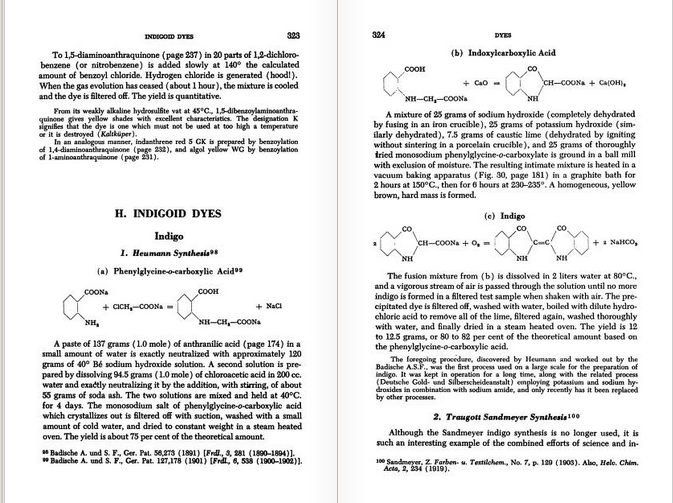 Perhaps other old books dedicated to this topic equally tell more about these secrets, than modern textbooks?

1
Potassium Metavanadate Synthesis
3
How to remove fluorine from 2-[2-(3-bromophenyl)ethenyl]-5-fluoro-1,3-benzoxazole?
2
Sodium orthovanadate synthesis
0
Synthesis of a lactone
3
Can I synthesize potassium hydroxide from readily available materials?