Application of the Woodward-Hoffman rules to a [14+2] cycloaddition

I am just doing some pericyclic practice problems and I am just trying to understand the Woodward Hoffman rules.

The attached picture is a problem I attempted that was checked against the answers but I am confused how the symmetry is allowed.

When I add the (4n + 2) and 4n together I get 4. Doesn't n have to be an integer and the sum an odd number for the symmetry to be allowed? 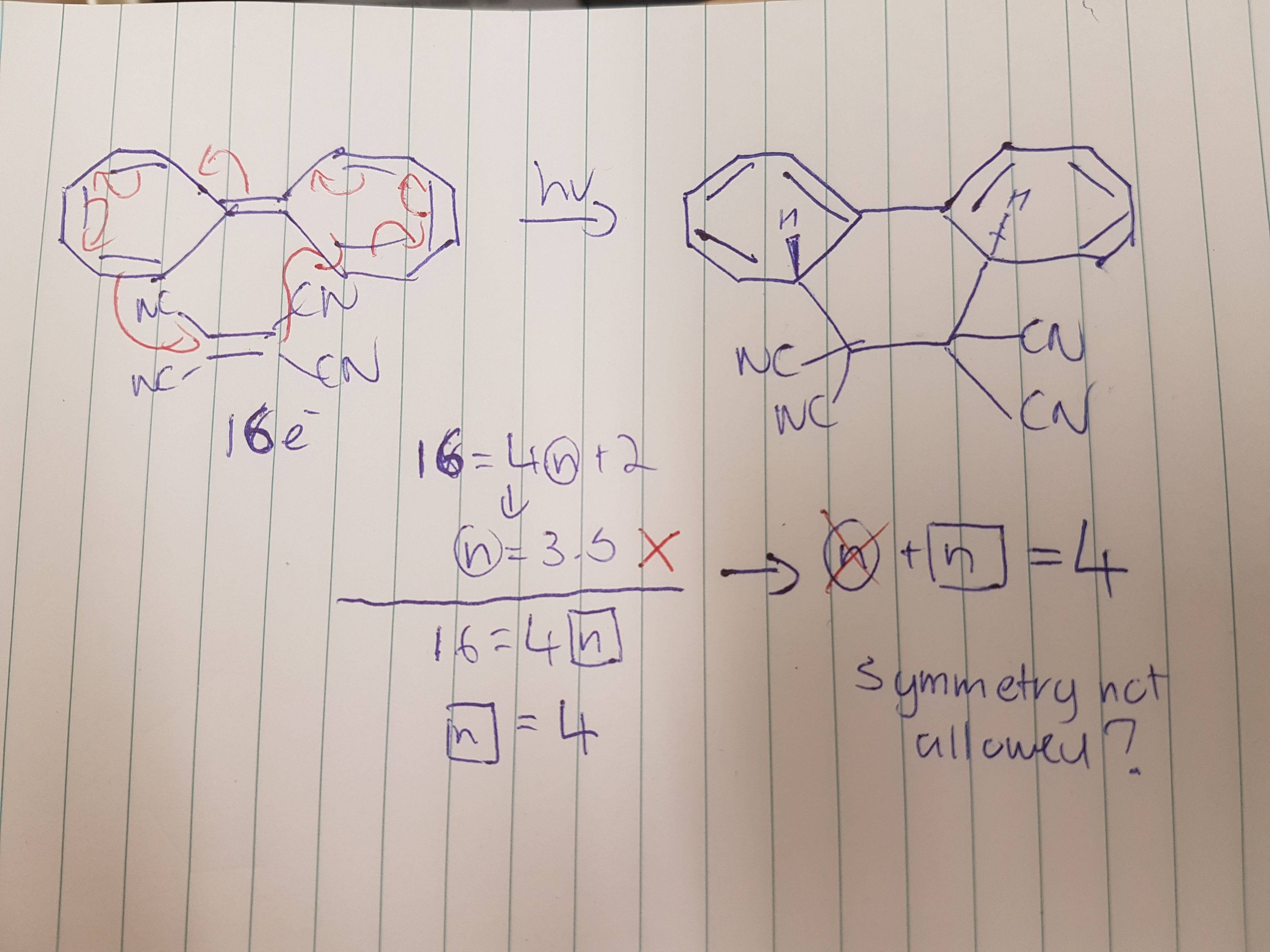 Before getting into the actual Woodward Hoffman 'analysis', one can quickly check any proposed cycloaddition reaction against the following table of general results.

The table is essentially an overview of the Woodward Hoffman rules that doesn't require any consideration of orbitals/orbital symmetry. It can often be useful to check against a table like this to ensure you've done the real Woodward Hoffman analysis correctly.

From your example, we can count $14 + 2$ electrons in the π system, giving a total of $16$ which is a $4n$ integer (where $n = 3$). We also know from the reaction scheme given that the cycloaddition is taking place under photochemical conditions. We can, therefore, conclude that the reaction is allowed photochemically if both components react suprafacially.

Note: I'm doing this for the thermal $[14 + 2]$, firstly because its a little more interesting in terms of orbital overlap, but secondly to give you the opportunity to do the analysis properly for your problem. The approach taken here is the one taken by Ian Fleming in his Molecular Orbitals and Organic Chemical Reactions book.

When drawing a diagram, no orbital phases are needed- this is already taken into account by the generalised Woodward Hoffman rule. (Also note that its not important how you define the components, the 14π system could be considered as a series of seven 2π systems).

Second: Consider how each component is reacting. In a cycloaddition, each component may either react suprafacially (the reaction takes place on the same side of the π system) or antarafacially (the reaction takes place from opposite sides of the π system) (also note that although this is theoretically possible, it is geometrically impossible in some cases due to the inability to get into the correct orientation for orbital overlap).

Third: Apply the Woodward Hoffman rule, as given below.

A ground-state pericyclic change is symmetry allowed when the total number of $(4q+2)_\mathrm{s}$ and $(4r)_\mathrm{a}$ components is even.

All of the diagrams were taken from Fleming's Molecular Orbitals and Organic Chemical Reactions, student edition, 2009. The book contains many more examples and a slightly more rigorous explanation of the Woodward Hoffman rules. 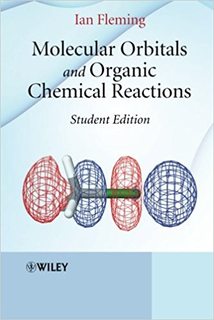 Not the answer you're looking for? Browse other questions tagged organic-chemistry pericyclic or ask your own question.

4
Ketene cycloaddition reactivity
0
Application of the Woodward-Hoffman rules to a [14+2] cycloaddition (follow up)
23
Theoretical basis behind orbital correlation diagram for pericyclic reactions
5
Can the Smirnov-Zamkow reaction be described as a pericyclic process?