How do thiol groups act as reducing agents?

In my biochemistry practicals, we used reducing agents such as beta mercaptoethanol:

Both of these have S-H groups, and I am sure that these are involved in the reduction process. However I am not sure as to how. I know that when you have two S-H groups close to one another in cysteine residues in amino acids that form a disulfide bridge, which must be oxidation because I know they are reduced in the reducing environment of the cytosol (hence are not found in cytosolic proteins, in general): 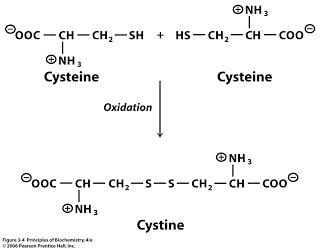 The only way I can think of that S-H groups act as reducing agents is when they form disulfide bridges between them, and an electron (and H+ ion) is released. Is this what happens? If so, it would result in two molecules of the beta mercaptoethanol becoming bonded together, and with the DTT it could either form a long chain with S-H groups between molecules reacting, or it could form rings of any size in which the end S-H groups form a disulfide bridge. I think this should result in the solution becoming viscous and 'gooey' due to the long chains and larger molecules.

Is this how S-H groups can act as reducing agents?

Browse other questions tagged organic-chemistry redox biochemistry organosulfur-compounds or ask your own question.