What is the directive influence of the tert-butyl group in electrophilic aromatic substitution?

We know that hydrocarbon side-chains on a benzene ring influence electrophilic substitutions by directing the incoming electrophile to attack at ortho and para positions. The following hyperconjugations are shown to explain directive effect of toluene: 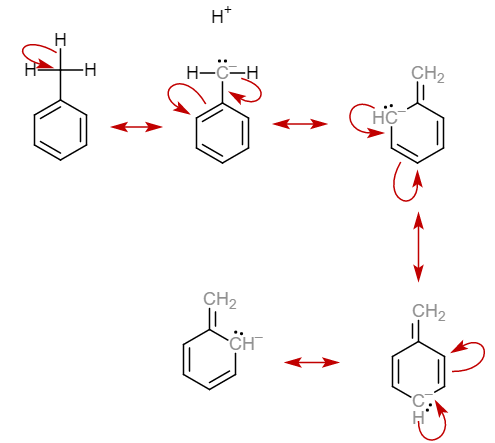 However, the situation was different when I tried to analyse for tert-butylbenzene. Tert-butylbenzene has no $\alpha$-hydrogens so the above mechanism cannot be extended to this case. Does the following mechanism work? 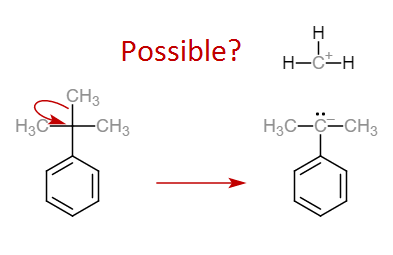 Does tert-butylbenzene have any directive influence at all? If we consider only inductive effects, then the incoming electrophile may attack at the meta or para positions (ortho being crowded).

What you've drawn in your bottom figure is an example of carbon-carbon hyperconjugation. The t-butylbenzene and the charge separated structure drawn to its right are resonance structures (so you should use a double-headed resonance arrow to connect them). Additional resonance structures with the negative charge delocalized into the ortho and para positions of the benzene ring can also be drawn, as well as additional structures using the other methyl groups attached to the central t-butyl carbon. Based on the carbon-carbon hyperconjugation argument we would expect that

Backing up to toluene for a moment, there are two arguments why the methyl group is an activating ortho-para director. You’ve already outlined the hyperconjugative argument where electron density is shifted from a $\ce{C-H}$ bond to the aromatic ring using pi orbitals. However, in addition to this pi transmission argument there is also electron transfer from the methyl carbon to the aromatic ring inductively through the sigma system. The methyl group is roughly $\ce{sp^3}$ hybridized while the aromatic carbon is roughly $\ce{sp^2}$ hybridized. An $\ce{sp^2}$ orbital is generally lower in energy than an $\ce{sp^3}$ orbital because it contains more s-character. Therefore electrons will generally prefer to flow through the sigma bonds from $\ce{sp^3}$ to $\ce{sp^2}$ carbons. So both inductive (sigma) and hyperconjugation (pi) arguments can be used to explain the electron donating ability of a methyl group.

Here is some data on the relative rates for the electrophilic nitration of several aromatic compounds:

We see that t-butylbenzene undergoes electrophilic aromatic nitration slightly faster than benzene and slightly slower than toluene - and the effect is very small. Further, it is also reported (same reference) that nitration of t-butylbenzene produces ortho, meta and para products in a 12 : 8.5 : 79.5 ratio. Since the bulky t-butyl group will sterically block the ortho position to some extent, the fact that the para isomer predominates and there is more ortho than meta isomer is consistent with the t-butyl group acting as an activating ortho-para director.

Small effects are often difficult to explain, but I suspect that the carbon-carbon hyperconjugation effect (pi transmission) is a small contributor at best here. Rather, the inductive sigma transmission effect (electron flow from the roughly $\ce{sp^3}$ central t-butyl carbon to the aromatic $\ce{sp^2}$ carbon) is how the t-butyl group donates electron density and stabilizes the electrophilic aromatic substitution transition state. In fact, we could even argue that since carbon is more electronegative than hydrogen, the 3 methyl groups surrounding the central t-butyl carbon pull some electron density away from it compared to the 3 hydrogens surrounding the methyl carbon. This would make the t-butyl carbon slightly less electron releasing than a methyl group in accord with observed relative rates.

Not the answer you're looking for? Browse other questions tagged organic-chemistry reaction-mechanism aromatic-compounds hydrocarbons hyperconjugation or ask your own question.