Why does nitrous oxide have 300 times the global warming potential of CO2?

Both nitrous oxide and carbon dioxide have roughly the same atmospheric lifetime (nitrous oxide slightly longer), so I thought that it would have to do with the infrared absorbance associated with each of them. So I looked at their spectrum. 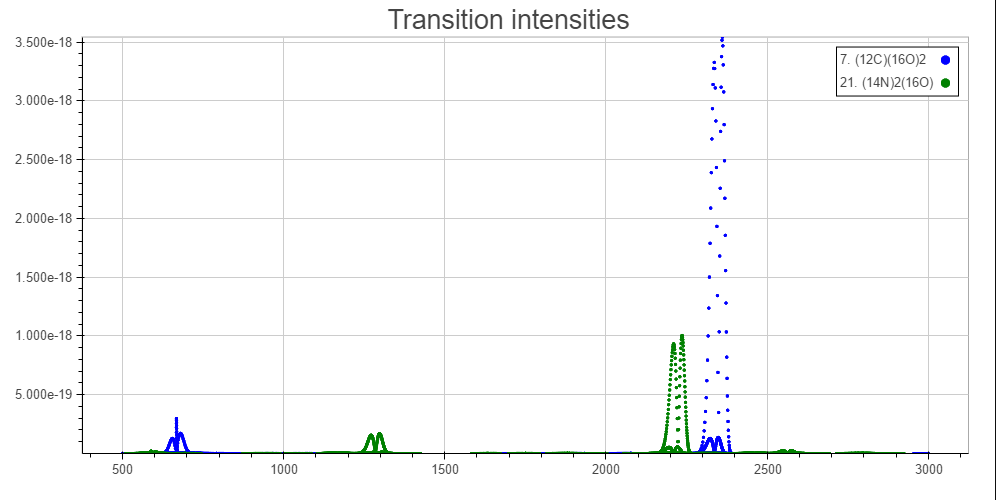 Perhaps this is misleading because it is my understanding that not much infrared light at around the 2300 $\pu{cm^{-1}}$ region exists. But even so, that means that the two peaks that matter are $\ce{CO2}$'s 700 peak, and $\ce{N2O}$'s 1300 peak. It is my understanding that the blackbody radiation of earth peaks at around 700, and though sizable, is much less at 1300. So, I don't see why nitrous oxide would have a greater global warming potential than carbon dioxide.

There are two really important properties of N2O that make it such an important greenhouse gas, both of which you have raised in your question but need some clarification.

With N2O, therefore, we have a very efficient infrared absorber at two "windows" at which there is no overlap with other GHGs, and a long lifetime. The Global Warming Potential is the time integrated radiative forcing for a 1 kg pulse emission of the compound, where the upper limit of the integration is time horizon (usually set at 100 yr), relative to the same quantity of the reference compound CO2. It becomes clear from this definition why a stable, inert molecule with a long lifetime and which is very efficient at absorbing at particular infrared wavelengths would have a greater global warming potential than CO2 (shorter lifetime, absorbing in "windows" shared by other compounds) on a kg to kg comparison.

Not the answer you're looking for? Browse other questions tagged atmospheric-chemistry ir-spectroscopy or ask your own question.

17
Why does free chlorine in the stratosphere lose its ozone-depleting potential after about 100,000 reactions?
6
What causes methane to have 25 times higher global warming potential than CO2
14
Why does the carbonyl group in an acid anhydride have two stretching frequencies?
0
Why does NO have a residence time of 4 days?
11
Why does the C–C bond have extremely weak absorptions?
1
Why do the unsaturated ketones have C-O bond weaker than saturated ketones? How it is related to resonance structures?
19
Why does the weaker C–H bond have a higher wavenumber than the C=O bond?
7
Why does ethylamine have two infra-red spectra? Are both correct?