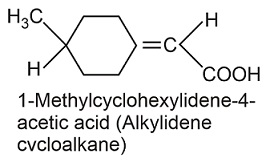 Above is an Alkylidene Cycloalkane. Its structure closely resembles that of allenes. 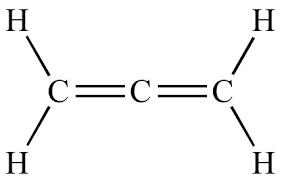 According to my knowledge, allenes are non-planar molecules due to the two $\pi$-bonds being formed on almost perpendicular planes.

So due to the similarity in structures and optical activity, are Alkylidene Cycloalkanes also non-planar?

The alkylidene cycloalkane contains only two C($sp^2$) hybridised atoms, ajacent to each other, as in the instance of a "normal" double bond. Hence I expect that in the first sphere / in $\alpha$ position to this double bond, all four substitutents adjacent to this double bond may be found almost in the same plane including the axis along the $\ce{C=C}$ bond, too. The difference to a "normal" case of a single / isolated double bond more frequently seen in textbooks is that two of the substitutents of one side of the double bond are tethered together. On the level of the double bond, they remain planar.

In the allene example, there are three consecutive C($sp^2$) hybridised atoms, with two adjacent $\ce{C=C}$ bonds. This differs from the instance above, and here the allene protons of one side and their carbon atom they are bond to describe -- as you correctly referred to -- a plane almost perpendicular to the plane defined by the other two allene protons and carbon atom of the other side of this molecule. At the level of the double bonds, they are non-planar.

Regarding the methyl group across the cyclohexane, I expect this (again) is preferentially oriented equatorial, rather than in axial alignment towards the main plane of the cyclohexane ring.

1
What are identical molecules?
9
Why does nitrous acid exhibit (unexpectedly) different bond angles?
3
“Asymmetric molecules are necessarily polar”
7
Why does this compound only have one pair of enantiomers?
0
Stereochemistry of cycloalkanes having substituents
13
Are carbocations necessarily sp2 hybridized and trigonal planar?
4
For two compounds that are symmetrical, why does the more compact one have a higher melting point?
14
Explanation of the strength of phosphorus–oxygen bond