I would think the crystalline, ionic solid would have the lower entropy, however, the tablature indicates otherwise. Why does $\ce{NaCl(s)}$ have a greater entropy than $\ce{Na(s)}$?

If you don't mind me asking, why would you expect the $\ce{Na}$ to have a higher entropy than the $\ce{NaCl}$? The entropy of a state is defined as,$$S=k_b\ln W$$where $W$ is the number of possible microstates which can make up that macrostate.

The standard entropies can be found in this table.

It is worth noting that what I have written above is not exactly the same as the standard entropy $S^\circ$ which is defined as, $$S^\circ=\sum_{i=1}^N\int\frac{dq_i}{T}dT$$which just says that the standard entropy going from zero kelvin to 298 kelvin depends on the heat put into all $N$ atoms of a system. Thus, there is a dependence on the energy of any state the system passes through.

For the solids you're talking about, if the energetics of the systems were exactly identical, then the ratio of standard molar entropies would be the same as the ratio $\frac{\ln W_1}{\ln W_2}$. But, because sodium has much weaker bonds than sodium chloride, it has a higher entropy change per unit change in temperature than sodium chloride. This is because for weaker bonds, the atoms have greater mobility in space which increases entropy, and it is more likely for there to be lattice defects when the bonds are weak which also increases entropy.

I like jheindel's answer, but I think it's worth having a more conceptual (admittedly a bit hand-wavy) answer for the more math-averse.

Intuitively, I would expect NaCl to have more entropy than Na because it is composed of more unique components. As shown in jheindel's answer, entropy deals with the number of unique ways a system can be arranged, so it makes sense that having more unique pieces would lead to more arrangements. 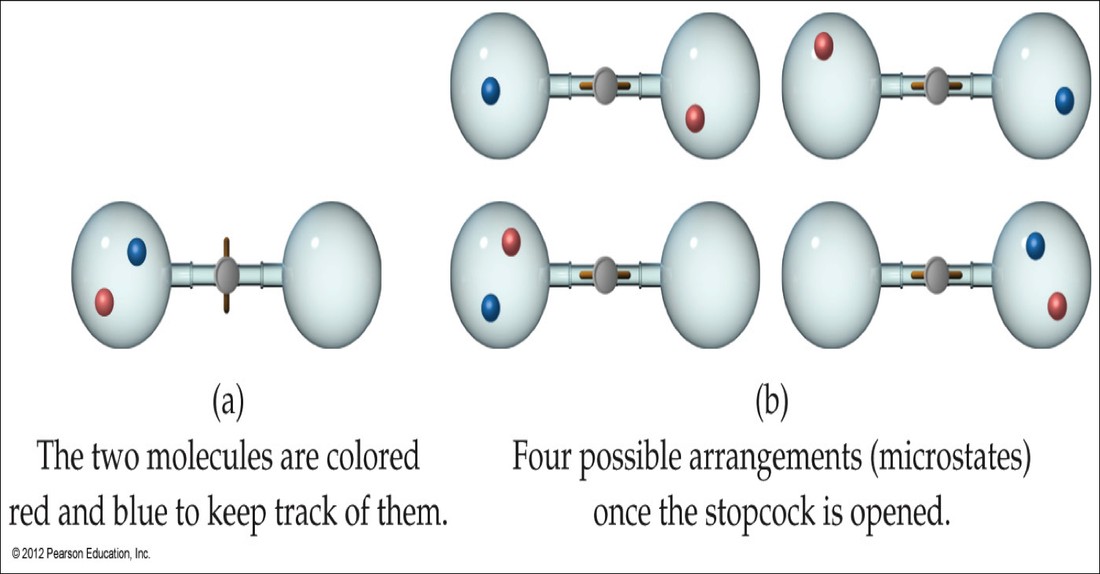 By analogy, Na has lower entropy than NaCl because, if you compare the same amount by moles of each, NaCl has additional arrangements due to incorporating Cl. This is a simplification because it doesn't account for things like crystal structure, but just going off intuition rather than actual calculated/measured values, this is probably the best explanation.

Not the answer you're looking for? Browse other questions tagged crystal-structure entropy or ask your own question.

10
Whats the difference between entropy and the (dis)order of a system?
8
Why does everything go in the direction of positive entropy change?
1
Predict Entropy based on the Balanced Equation
4
Can one predict the entropy change for aqueous phase reactions without calculation?
2
Understanding entropy / spontaneity
0
Does a polyethene shrinking signify negative or positive entropy?
0
Why does ATP has a lower entropy than ADP
0
Entropy of Dissolution of Hydrocarbons