What is the criteria for determining structure of a molecule?

Does the shape of the molecule depends on symmetry? 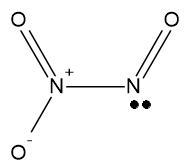 Instead of my proposal, which is much more symmetrical in terms of shape and oxidation number (of nitrogen atoms: +3, +3)

As seen from the case of $\ce{N2O3}$, which is unsymmetrical, then molecule of pyrophosphorus acid $\ce{(H4P2O5)}$ should be unsymmetrical too.

But the actual structure is symmetrical:

Instead of my second proposal

Another interesting thing is: the central atom of the two previously mentioned molecules has the tendency to have have highest oxidation state. That is: +5 in case of phosphorus atom of pyrophosphorus acid and +4 in case of nitrogen atom of dinitrogen trioxide.

Is my above mentioned conjecture is valid?

No, not symmetry per se but generally the lowest energy arrangement of the atoms. What structure this is is not always obvious by just combining atoms according to the valency rules; if it were, experimental (analytical) methods would not be needed. This is particularly true of 'organic' molecules where one formula can give many similar structures, e.g. isomers, but also of the small molecules you list.

The rules we use are the result of numerous experiments over the last 150 years or so reacting one species with another and trying to make a consistent set of rules to explain things. But ultimately structural studies are needed, the definitive method is x-ray diffraction from a crystal of the material but of course this is a not always possible. In this case infra-red, Raman and NMR spectroscopies have been used as well as mass spectrometry. These methods do not give complete structures directly (bond lengths and angles as does x-ray diffraction) but allow confirmation of one structure (as topology) over another, for example $\ce{N2O}$ is NNO rather than NON. More latterly computational methods are being used to predict structure but ultimately these will have to be backed up by experiments.

Not the answer you're looking for? Browse other questions tagged inorganic-chemistry molecular-structure oxidation-state symmetry or ask your own question.

4
Oxidation numbers of phosphorus pentachloride
10
What is the Lewis structure for HClO?
7
What is the highest possible expanded octet?
2
How to determine what organic molecule has the highest boiling point?
6
Oxidation states of iron in Roussin's salts
1
Difficulty understanding redox in terms of hydrogen and oxygen transfer?
3
Breaking degeneracy in phosphorus pentachloride
1
How to predict molecular geometry of acetylene using VSEPR model?