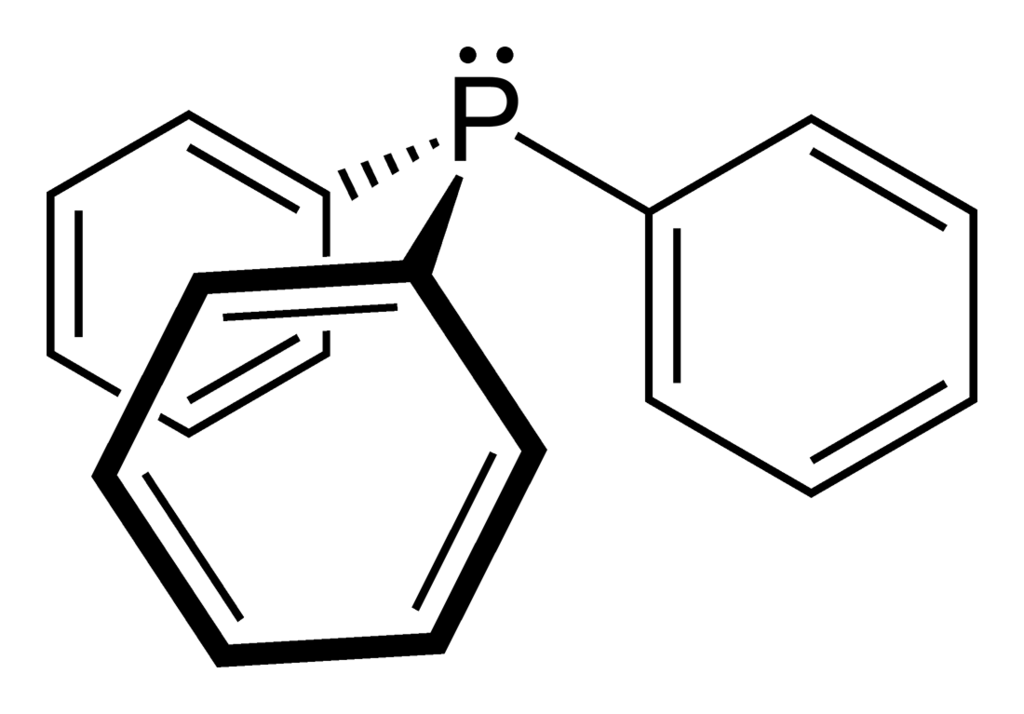 The lone pair of phosphorus and the double bonds in benzene looks to be in conjugation. Do the molecule show resonance? If so, how?

The triphenylphosphine molecule would show resonance because there is a lone pair on phosphorus and it is in conjugation with the double bonds in benzene. But the lone pair would be in resonance only with one ring at a time because the molecule is non-planar (tetrahedral) having sp3 configuration. Also, we should consider the steric effects on the molecule. The steric hindrance produced by other two benzene rings would cause less resonance effect and the lone pair would be inhibited from going into the other two rings. So, the resonance in this molecule would be simply like that in aniline. 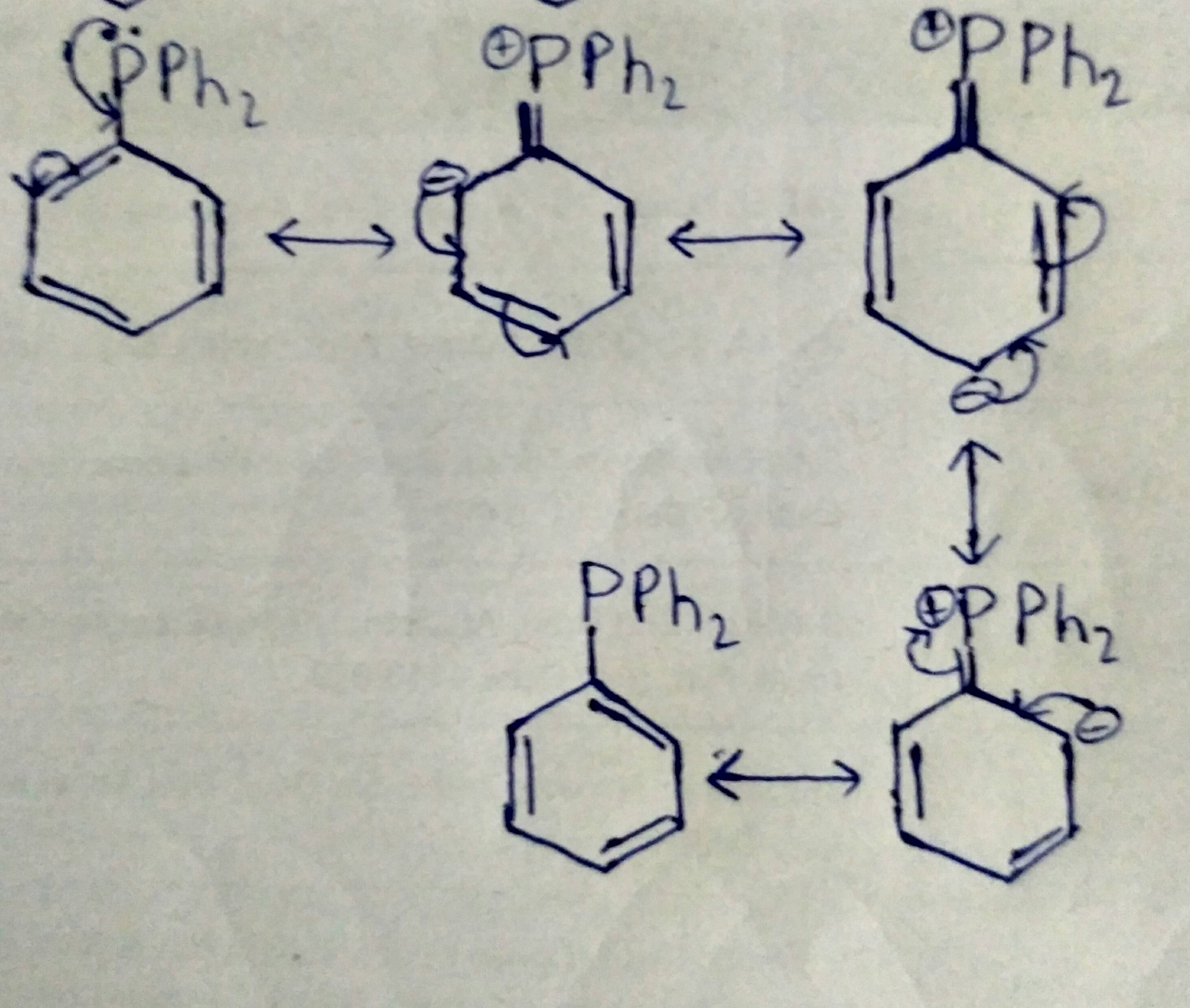 3
Are aromatic amines or amides less basic?
12
Does unsubstituted benzoic acid not show resonance due to steric effects?
1
Resonance in Cyclohexenone
7
Why is there a need for resonance?
8
Why does HNO2 not have resonance?
4
Can a molecule be achiral whilst it's resonance form chiral?
9
Participation of Pi-bonds and lone pairs in resonance
1
Does 2-chloro-1,3-dinitrobenzene show resonance?