why oxidation states of suphur atoms of Disuphur-monoxide is +2 and 0? [duplicate]

I) According to my logic, sulfur-sulfur linkage (linkage between same atoms) result in no charge separation.So, the oxidation number of the sulfur atom linked to only sulfur should be 0(zero) and other sulfur being +4 as it is connected to 3(more electronegative) oxygen atoms.

Thus, the oxidation number of sulfur atoms should be +4,0.

III)Again,Determination of Changes in Sulfur Oxidation States in Prostate Cancer Cells proved that that oxidation states are +5,-1.

These three sets of results left thoroughly confused.Which one of them is correct and why? 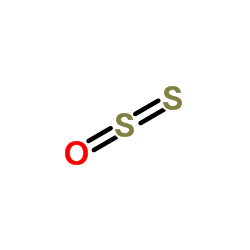 Browse other questions tagged inorganic-chemistry oxidation-state or ask your own question.

17
Oxidation state of the sulfur atoms in the thiosulfate Ion