The Lewis structure of HNO3

So I was checking the structure of nitric acid in Wikipedia, however I couldn't quite fathom why it looked like that because it seemed to contradict the following statement:

If we draw it like the one on the right, we get rid of formal charges and the structure is said to be more "stable". Why does this concept not work in this case?

Nitrogen is in the second row with no $d$ orbital in the valence shell. It obeys the octet rule and cannot have more than 8 electron.

There are exceptions to the octet rule. Having less than 8 electron is less preferable but still possible, and is commonly seen in free radicals and cations. On the other hand, having more than 8 electron is extremely unfavorable for second period atoms. Such electronic structures can be found in extremely unstable species or excited states, such as the CH5 radical.

According to valence bond theory, the electronic structure of a molecule is a combination of all possible resonance structure that you can write down, including structures with all possible formal charges and strange electron counts. However, their contributions are not even. some of them are more favorable than others.

For HNO3, in order to satisfy the octet rule, the nitrogen atom would form 1 double bond and 2 single bonds. Based on octet rule alone, there are 3 possible resonance structures that are favorable.

However, the first two resonance structures are significantly more favorable than the third, because they have smaller amount of formal charges. As a result, we usually only write the two dominant structures. The bond between OH and N is close to a normal single bond. The other two N-O bonds have bond order near 1.5. 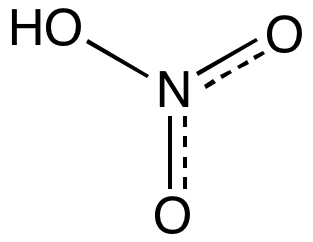 Note that this representation is not a single Lewis structure, but a convenient way to represent many resonance structures in the same figure. It gives no information about the exact bond order or formal charges on individual atoms. The dotted lines indicates that in some structures where that bond is a single bond and in others a double bond, and the order is somewhere between 1 and 2.

I was pretty sure that the lewis stucture of $\ce{HNO3}$ would be the one with 0 formal charge and than I found this. Though this link only shows how to calculate formal charge on $\ce{HNO3}$ but it gives a little hint.

Secondly a thought came to my mind that if you will focus on Resonance, there will be double bond character on both bonds between N & O.

Historically, there was nothing wrong with structures like the one you drew on the right. Iwan Ostromisslensky had no problems drawing 4-chloro-1,2-dinitrobenzene with a pentavalent nitrogen in 1908.[1] (Yes, a nitro group is not nitrate or nitric acid, but after some time of searching I just took what I found to prove my point.)

I wasn’t able to find the point in time when preferences changed so I gave up. It must have been sometime around when the quantum chemistry of orbitals was becoming better and better understood, and it was realised that there are only four orbitals nitrogen has access to for bonding (2s and three 2p). Henceforth, people described structures with nitrogen in the centre with four bonds only, better reflecting reality.

For elements of higher periods, most notably sulfur and phosphorus, many people still choose to draw too many bonds rather than write charge-separated structures. This is often explained with ‘d-orbital participation’ — but from a practical point of view, the 3d orbital has a very similar energy to 4s yet nobody suggests 4s participation. All ‘extended octet’ structures can be drawn in a way that conforms to the octet rule, so maybe it is only a matter of time until $\ce{P=O}$ bonds in phosphate disappear.

As for rules to determine the likelihood of Lewis structures, this is a better set:

Even though you may have a filled octet, if the central atom has a positive formal charge, we generally form double bonds until the formal charge is reduced to 0 as close as possible as that will be the more stable configuration. However, there are some exceptions.

edit: looking at your question the structure on the left is preferred even though the one on the right has a lower formal charge.

Perhaps Wikipedia has the wrong structure for the Nitric acid page? It looks like all the oxygen atoms are single bonded in the figure to the top right.

Looking for images, Wikipedia does have the right resonance structures with the double bonded oxygen, however, there is only one double bond contrary to what we expect which is two double bonds. 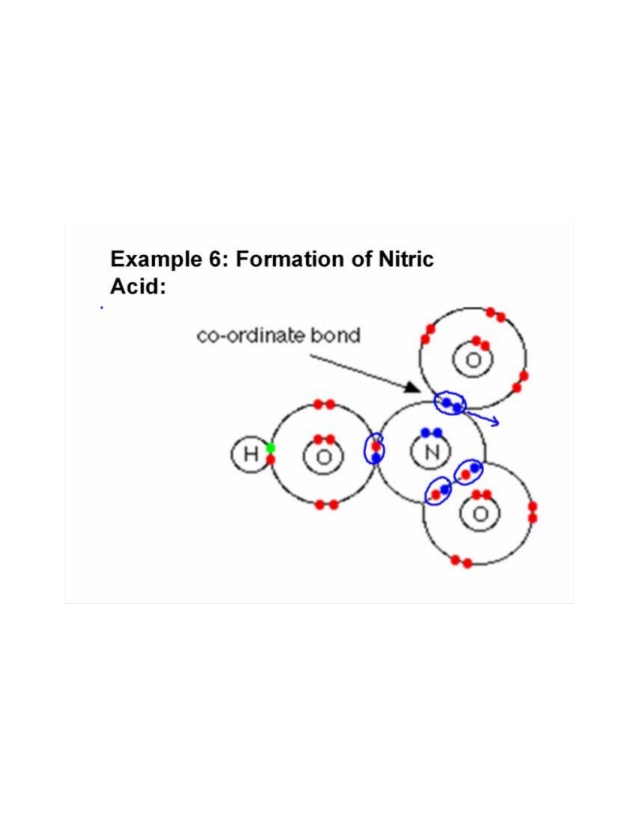 -8
why is nitrogen positive in HNO3?
5
Can the compounds NOF3 and POF3 both exist?Why?
1
How to explain the structure of HNO3 with a Molecular Orbital diagram?