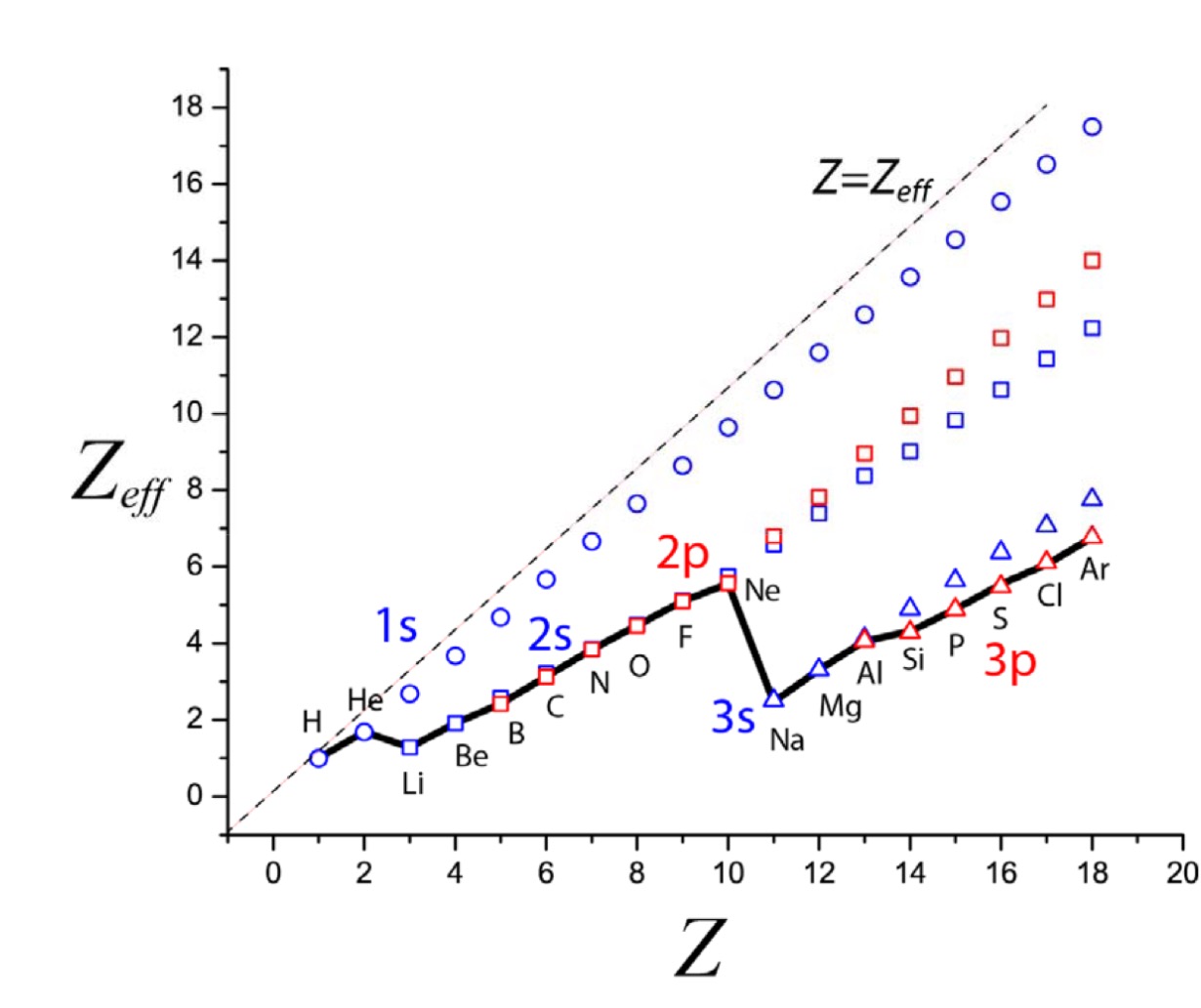 I'm referring specifically to this graph, which appeared in a chemistry lecture but which the lecturer could not explain. We know that 2s is lower energy than 2p. But surely those electrons in 2p orbitals, which apparently experience greater effective nuclear charge for Z > 10, would have lower energy! Can someone reconcile my understanding of orbital energy levels and this diagram?

One big issue here is that we generally don't talk about different ionization energies of anything but the outermost orbitals. Once electrons are in "core," we usually don't care since they generally do not participate in any kind of everyday chemistry.

4
Whats the difference between ionization energy and orbital energy?
6
Why do higher orbitals have more energy?
1
Can Hartree-Fock mix more orbitals than there are electrons?
0
Aufbau principle in filling Ti
1
Why are s orbitals more “penetrating” than p orbitals?
2
My book's claim about the shielding effect of s,p,d and f electrons
3
Fundamental doubts about energy levels vs. shells vs. subshells vs. orbitals