I know that cyclooctatetraene is non-planar because of

But what about cycloocta-1,3,5 triene or cycloocta-1,3 diene. It doesn't risk being antiaromatic, but there still is angle strain. Would it lose its planarity and hence inhibit resonance?

Short answer: there's some twisting of the conjugated structure, particularly in the diene

I ran initial calculations for these using B3LYP density functional theory. If anything this method has a slight tendency for extra delocalization.

I'll follow up later with other methods, but I suspect the general answer will be the same.

Honestly, I expected the delocalization to be retained in the central conjugated section (albeit not perfectly flat) with some twisting on the outer double bonds.

Indeed, the dihedral angle around that central C=C is ~6.9°, but it's not that different around the other CC=CC bonds (~3° and 5°, respectively).

The whole C=CC=CC=C is fairly co-planar, with the remaining two carbons profoundly out of plane, likely relieving ring strain.

It's clear there's some delocalization because the "single" bonds between the double bonds have bond lengths ~1.46Å, smaller than usual.

Thus, in the triene, there's slight non-planarity to the conjugated section, but it's fairly delocalized. 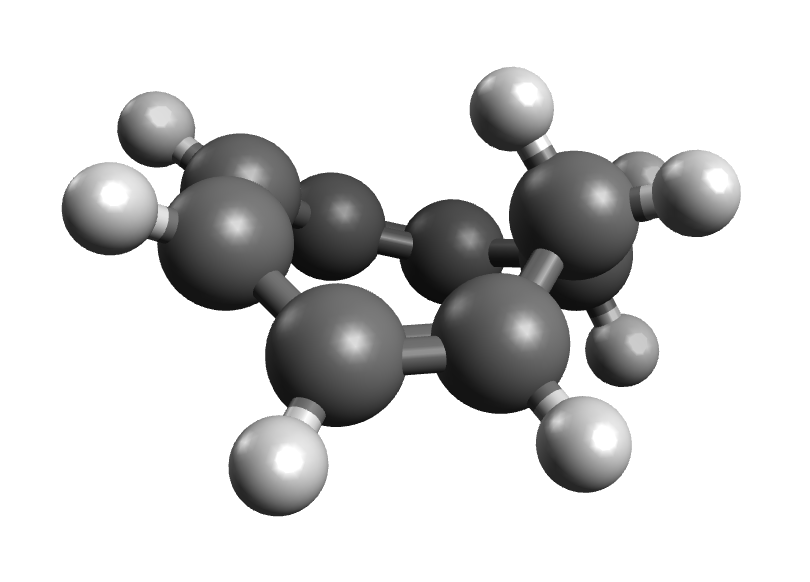 Here, I think the delocalization of two double bonds isn't enough to balance the ring strain. 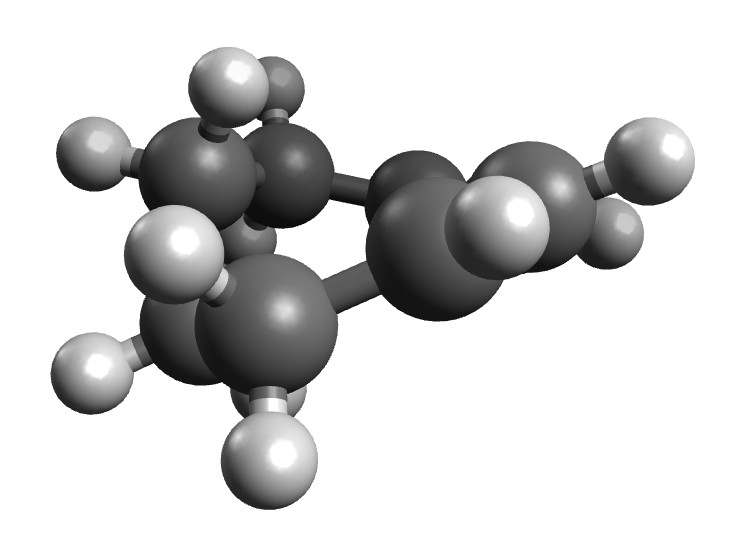