Why are some elements more abundant than others in the universe?

Hydrogen is the most abundant element in the universe. But what makes it so? At the time of big bang, what made certain elements more abundant than the others? 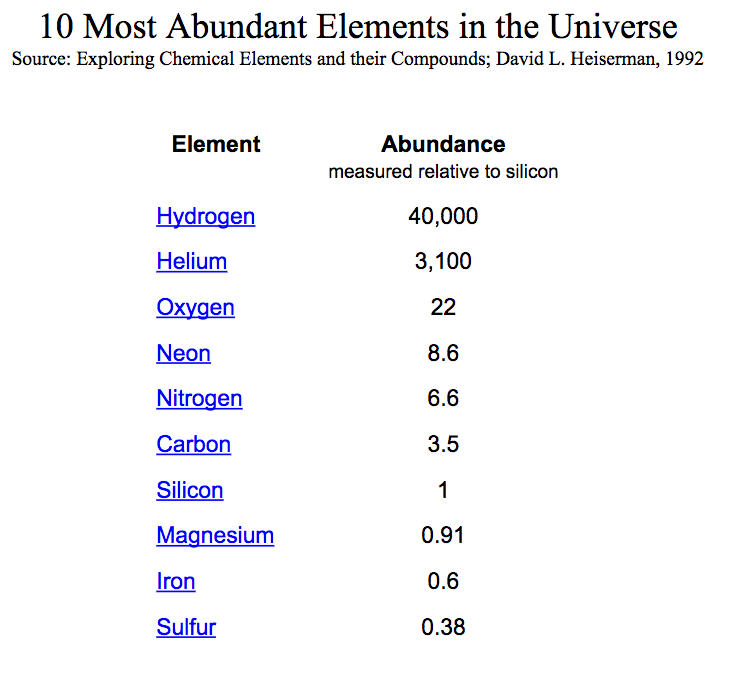 I don't find this order of abundance too predictable. What makes neon more abundant than nitrogen?

WHAT MAKES HYDROGEN ABUNDANT IN UNIVERSE:

After few minutes of creation of the universe, protons and neutrons began to react with each other to form deuterium, an isotope of hydrogen. Deuterium, soon collected another neutron to form tritium. Rapidly following this reaction was the addition of another proton which produced a helium nucleus.

Sources say that there was one helium nucleus for every ten protons within the first three minutes of the universe. After further cooling, these excess protons would be able to capture an electron to create common hydrogen. Consequently, the universe today is observed to contain one helium atom for every ten or eleven atoms of hydrogen.

WHAT MAKES NEON STAND 4TH ON THE ABUNDANCE LIST:

The star in its first stage is powered by a series of nuclear fusion reactions that convert hydrogen to helium. The overall reaction is the conversion of four hydrogen nuclei to a helium-4 nucleus, which is accompanied by the release of two positrons, two γ rays, and a great amount of energy. It then takes several billion years, depending on the size of the star, to convert about 10% of the hydrogen to helium. Once large amounts of helium-4 have been formed, they become concentrated in the core of the star, which slowly becomes denser and hotter. The after reaching high temperature the helium-4 nuclei begin to fuse, producing beryllium-8.

Beryllium-8 has low neutron-to-proton ratio makes it very unstable. So it reacts with a third helium-4 nucleus to form neon, magnesium and carbon. Neon production doesnt stop here. Again from the reaction of carbon with helium-4 to initiate a series of reactions, neon, oxygen and some more elements are produced. So in the stages of stars, neon is produced multiple times in huge amounts making it one of the abundant element in the universe.

Not the answer you're looking for? Browse other questions tagged elements hydrogen or ask your own question.

1
Difficulty understanding redox in terms of hydrogen and oxygen transfer?
10
Elements which do not form oxides