What gives brown butter its color?

Brown butter is butter that has been heated until the water content has boiled off and the remaining liquid has turned brown. It is often called for in cooking and baking, for example in recipes for financiers.

Discussions of the process typically explain the brown color as browning of the milk solids in the butter due to the Maillard reaction. However, even when these milk solids are removed, as is done in most recipes by filtering or careful pouring, the brown color remains.

I believe I understand how the flavor components of the brown butter survive filtering - the volatile products of the Maillard reactions remain dissolved in the liquid fat - but is there a similar explanation for the brown color? Or is it down to the coarseness of the filters allowing small suspended particles through with the liquid?

Any details on the particular compounds responsible for the color, or the chemical processes involved in creating them, would be much appreciated.

Your first link (Brown Butter) states that heating allows for separation of the butterfat from the milk solids, which sink to the bottome of the pan and turn brown.

According to this Wikipedia page about a popular drink in rural Russia called baked milk:

In rural areas baked milk has been produced by leaving a jug of boiled milk in an oven for a day or for a night until it is coated with a brown crust. Prolonged exposure to heat causes reactions between the milk's amino acids and sugars, resulting in the formation of melanoidin compounds that give it a creamy color and caramel flavor.

While the color of baked milk is described as "creamy", the picture below (from the same Wikipedia page) shows that it has a distinct brown color. I suspect the reactions described above that give baked milk it's color also give the milk solids in brown butter it's distinctive brown color. 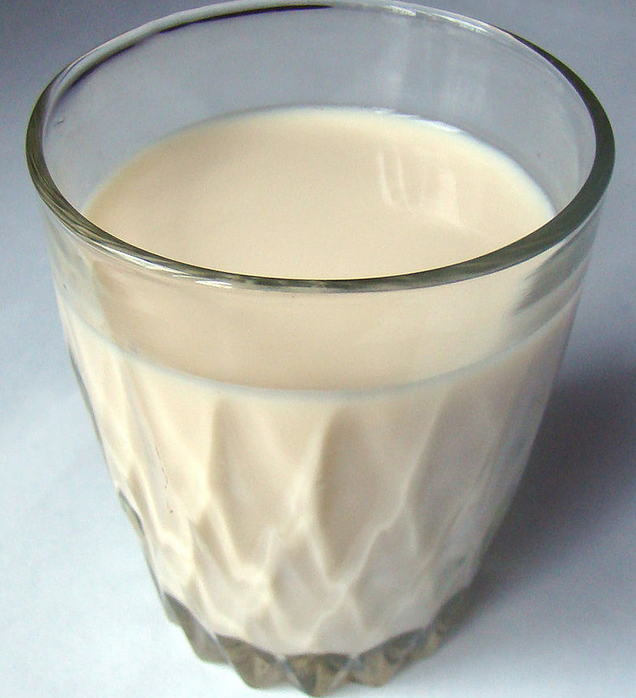 Not the answer you're looking for? Browse other questions tagged color food-chemistry or ask your own question.

1
How much does butter shrink when frozen?
4
Difference between white sugar, brown sugar and red sugar
18
Iron chemistry: acetates for ebonizing wood
17
What gives fresh milk a yellow tinge?
4
What gives milk its characteristic white color?
6
Why is butter harder if it once got warm?
11
Why does butter get soft with heat, but not ice?
2
What gives rise to the color of sapphires?