How does a hydroboration mechanism actually work?

But, I never understood the mechanism, the explanation seems forced. $\ce{BH2}$ goes to the less hindered carbon which explains why its at the terminal. And then for some reason, $\ce{BH2}$ gets replaced by $\ce{OH}$.

I had to write the complete mechanism for you so that you can understand it better. See the image below. I have explained it in the simplest form. Some of the points I would like to discuss before you look at the mechanism are:

Ok now lets head towards the mechanism which I wrote exclusively for you: 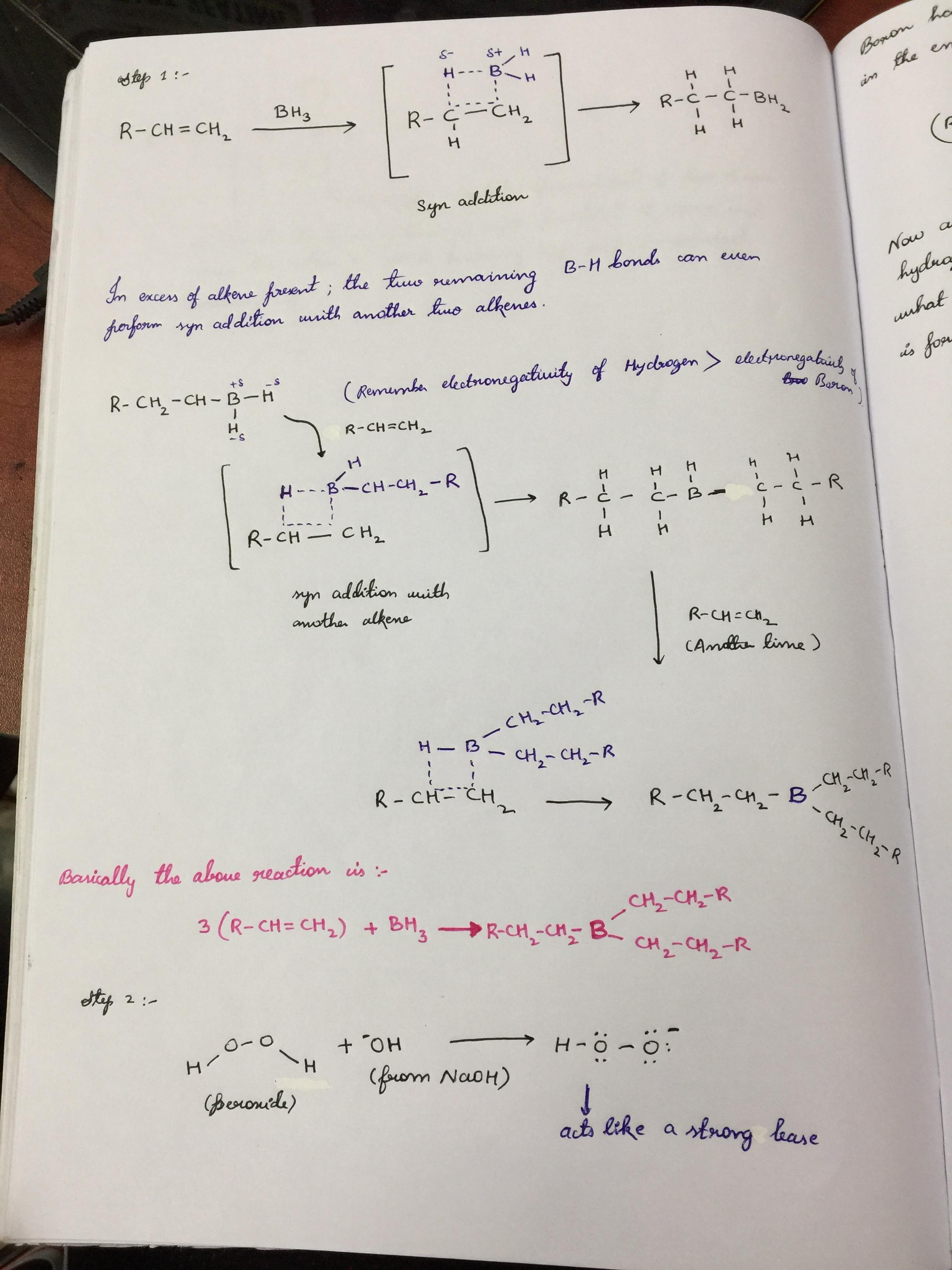 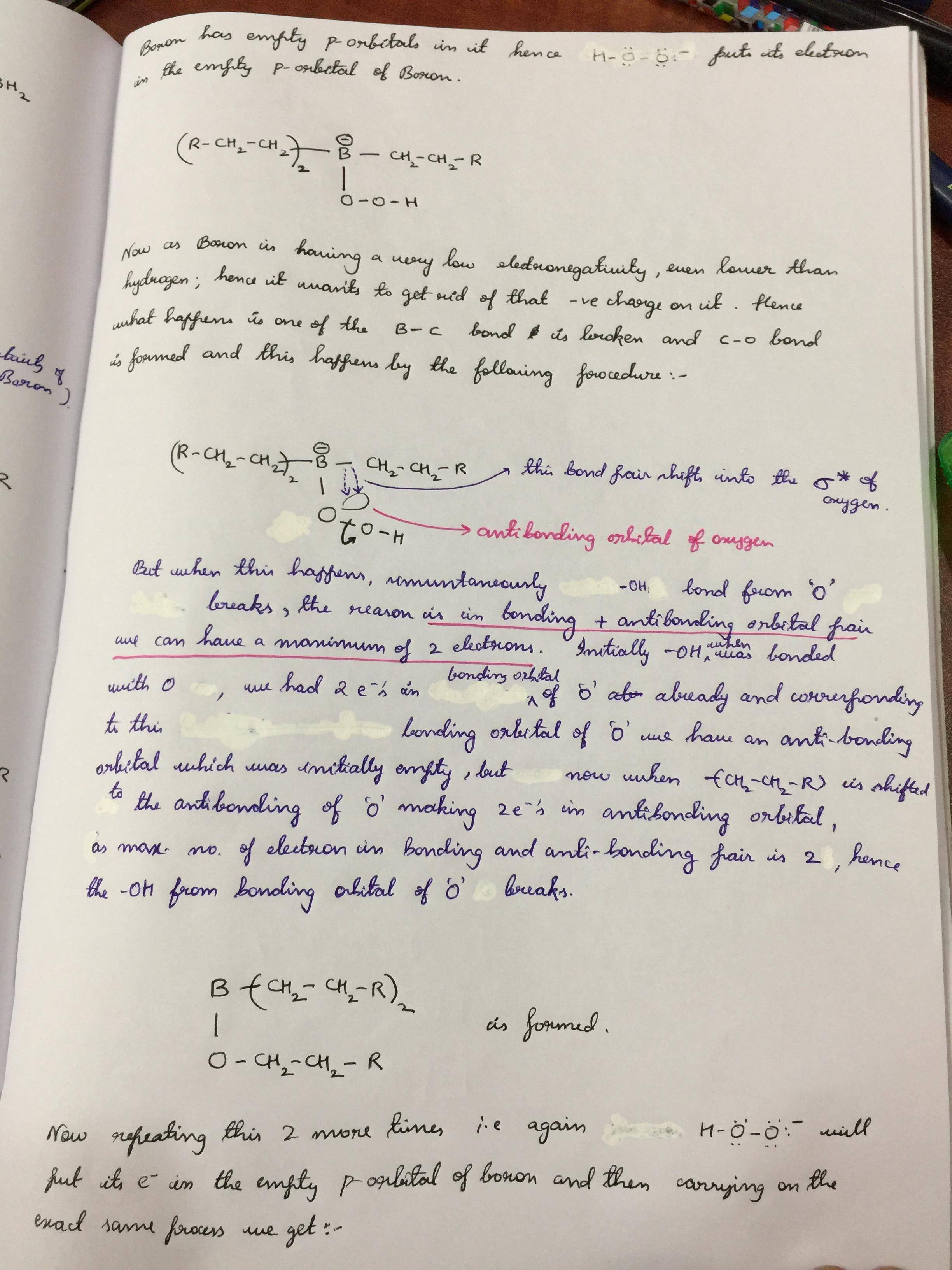 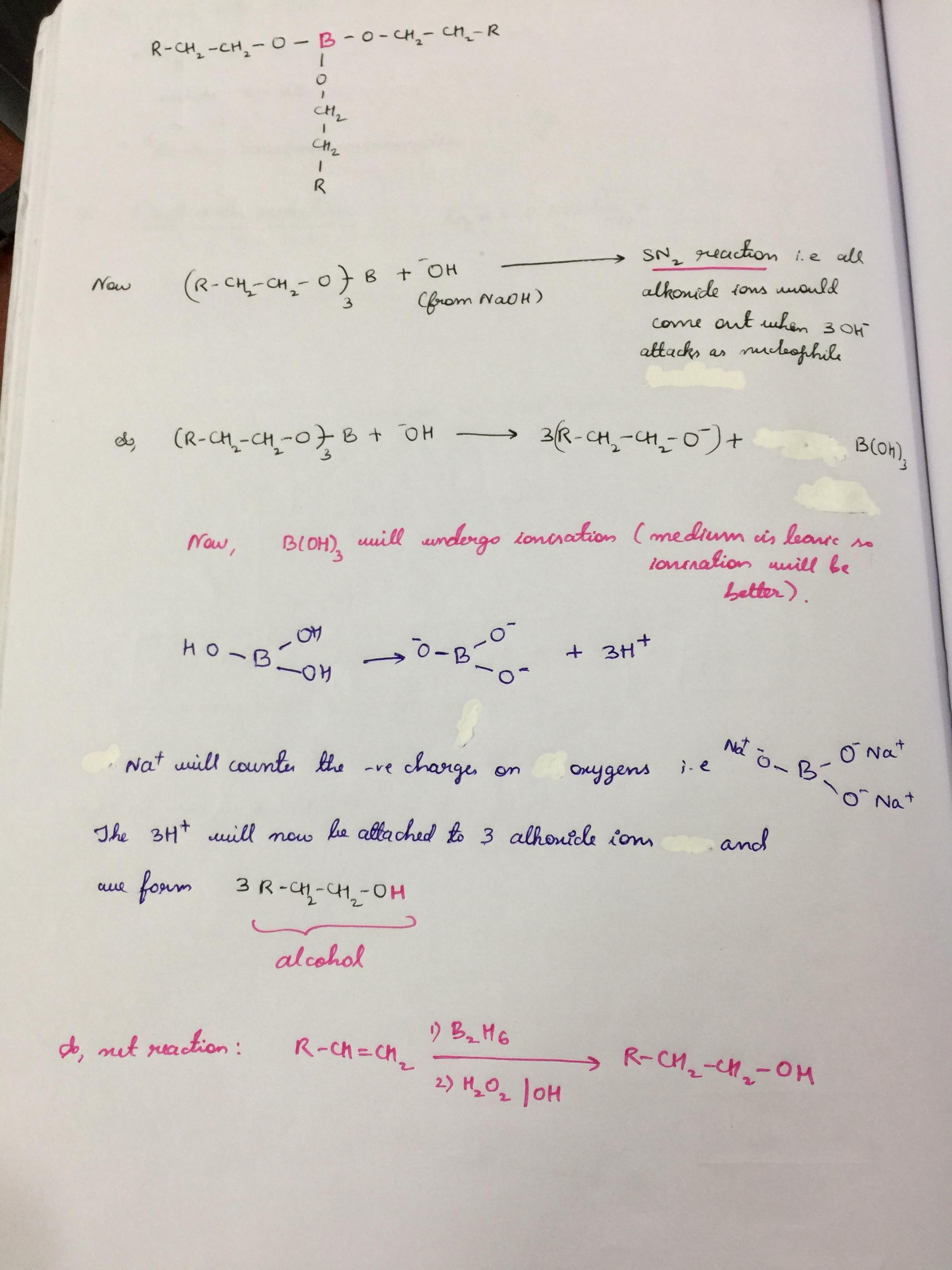 If you have any further doubts in the mechanism then you can ask in the comment section below my answer. I hope it helps.

2
Restricted synthesis; formation of nucleophile and electrophile from one carbon source
6
Propanoic acid reaction with potassium permanganate
2
How to synthesise 2-aminoethyl benzene
2
Mechanism of acid-catalyzed addition of water across an alkene
1
What does it mean by 'the residue was taken up in solvent' in synthesis protocol?
6
Specific reduction of certain functional groups
4
Oxidation of hydroxyl groups of glucose